That surge represents an 80 percent increase over July, according to statistics obtained by the Washington Post 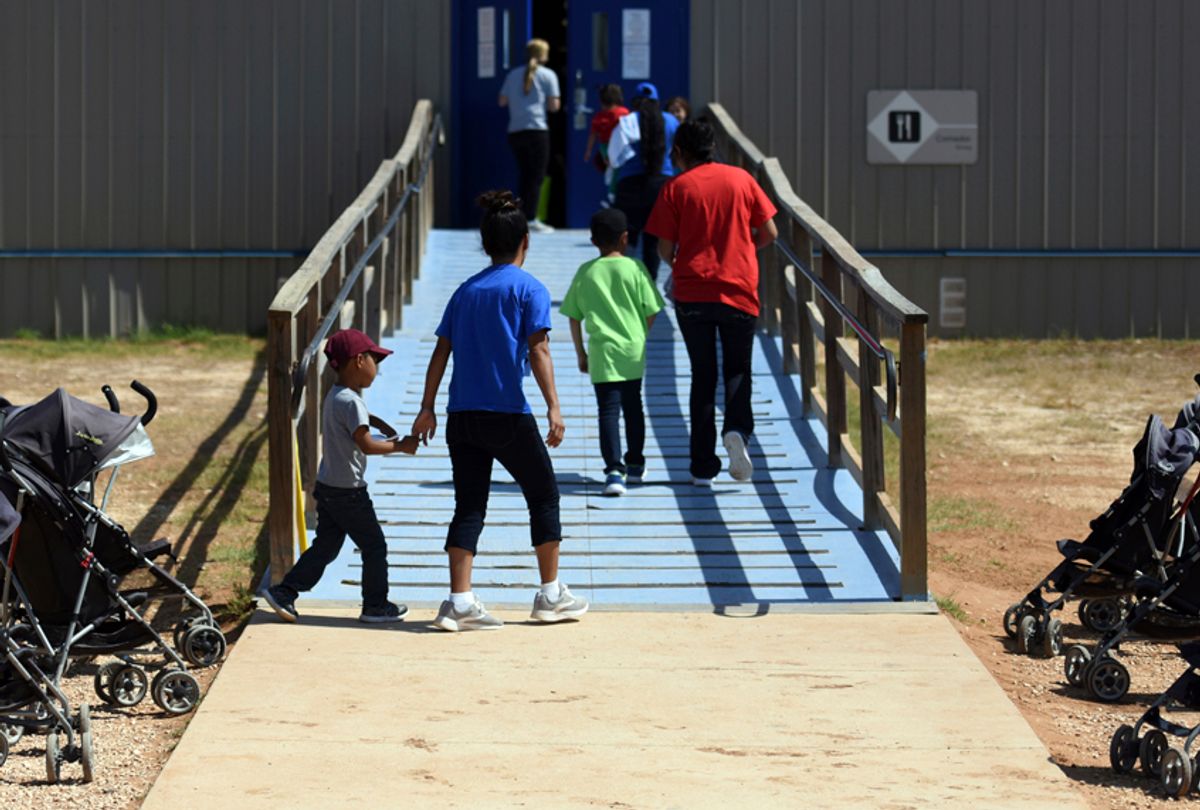 Border Patrol agents arrested 16,658 families last month along the U.S. border, the highest one-month total on record, according to unpublished Department of Homeland Security statistics obtained by the Washington Post. The surge in arrests represents an 80 percent increase over July.

The high number of arrests reflects an overall rise in the number of migrant families crossing the border since President Donald Trump ended his administration's family separation policy. Central American parents and children are crossing the border in large groups of 100 or more, turning themselves in and citing a "fear of return," according to the Post.

The spike in border crossings and arrests also comes amid the news that a caravan of migrants fleeing Honduras has increased to 4,000 people — many of whom are children — and is heading north, approaching the Guatemala-Mexico border, NBC News reported.

Trump is furious, evident by both his Twitter feed and the fact that his administration is considering the reinstatement of the controversial family separation policy in spite of the human rights crisis it caused. With the midterms just weeks away, Trump could also be attempting to leverage illegal immigration as a galvanizing issue for his base.

On Twitter, Thursday morning the president wrote, "I am watching the Democrat Party led (because they want Open Borders and existing weak laws) assault on our country by Guatemala, Honduras and El Salvador, whose leaders are doing little to stop this large flow of people, INCLUDING MANY CRIMINALS, from entering Mexico to U.S....."

In a separate tweet, Trump threatened to cut off aid to Guatemala, Honduras and El Salvador if they did not stop the caravan, writing: "....In addition to stopping all payments to these countries, which seem to have almost no control over their population, I must, in the strongest of terms, ask Mexico to stop this onslaught - and if unable to do so I will call up the U.S. Military and CLOSE OUR SOUTHERN BORDER!.."

Trump even warned that he would revise trade deals with Mexico if they did not "stop this onslaught at their Northern Border."

On Wednesday, he tweeted a similar message. "Hard to believe that with thousands of people from South of the Border, walking unimpeded toward our country in the form of large Caravans, that the Democrats won’t approve legislation that will allow laws for the protection of our country," Trump wrote. "Great Midterm issue for Republicans!"

And Trump wrote a condensed charge just a couple of minutes later.

The Mexican government has dispatched 500 additional federal police to the Guatemala border, NBC News has learned and Secretary of State Mike Pompeo is traveling to Mexico on Friday where the caravan will be one of the main topics of discussion. Custom and Border Protection is tracking the caravan as it heads north towards the U.S. border.

Meanwhile, in the U.S., the federal government is struggling to deal with the largest number of detained migrant children ever, up from 2,400 in May 2017 to more than 13,000. Children are being shuffled from detention centers to temporary tent cities, and the Department of Health and Human Services plans to redirect millions of dollars in funding from several key programs like the Centers for Disease Control and Prevention and the National Institutes of Health to accommodate the growing population of migrant children in its custody.