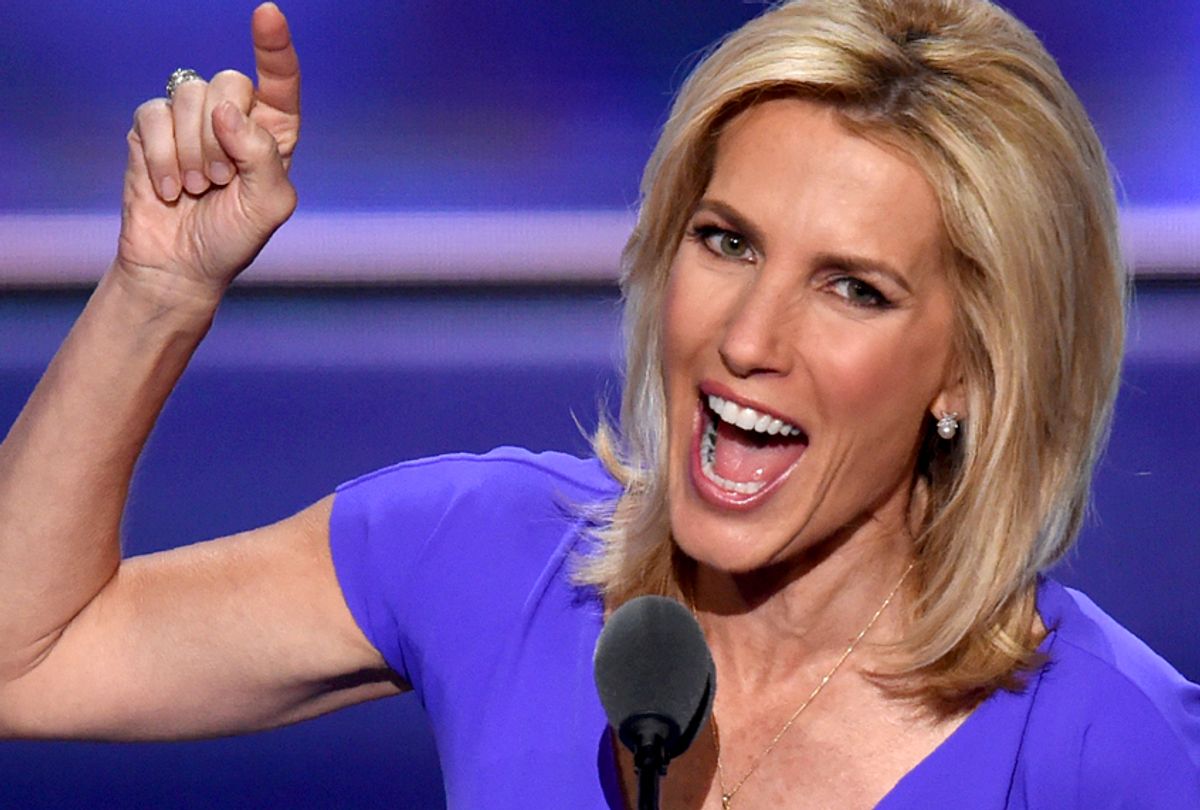 Fox News' Laura Ingraham has given up trying to be subtle — she's embracing all-out Nazi rhetoric in her continuing attacks on immigrants.

"Will travesties such as birthright citizenship finally be ended?" Ingraham said Tuesday on her show. "Will we mandate e-verify to penalize businesses who game the system to keep American wages low? Of this, my friends, you can be sure: Your views on immigration will have zero impact and zero influence on a House dominated by Democrats who want to replace you, the American voters, with newly amnestied citizens and an ever-increasing number of chain migrants."

Ingraham surely knows that her divisive and fearmongering rhetoric here echoes the revolting neo-Nazi marchers in Charlottesville — and she is fine with it.

It is, of course, nonsense. Even if the United States did adopt the dreaded "open borders" policy that Ingraham and other anti-immigrant bigots ominously stoke fears about, no one is actually being replaced. National populations grow all the time — they grow when any child is born! — and that doesn't mean the existing citizens are thus removed. Saying otherwise is a clear and dishonest attempt to instill prejudiced and hate-filled sentiment in the minds of voters.

Using the "replacement" language on Ingraham's part isn't even a dog whistle — it's a direct homage to some of the vilest rhetoric in recent history.

The rest of her screed is patent nonsense. To think that birthright citizenship is a "travesty" while throwing immigrant kids in cages is like "summer camp" — as Ingraham has previously claimed — is a gross distortion of the moral universe.

And if Ingraham actually cared about low American wages, she could advocate for a higher minimum wage or policies that empower workers. But since the GOP vehemently opposes these measures, it's clear figures like Ingraham only cynically use the issue of wages to attack immigrants.

It's also worth pointing out that Ingraham rant here is going after legal immigrants — belying the claim some of the right make that their only problem is with the criminality of illegal immigration.