Republicans are fearmongering about a migrant caravan to boost midterm turnout

GOP Rep. Matt Gaetz speculated that Soros might be behind a Honduras caravan planning to "storm the US border" 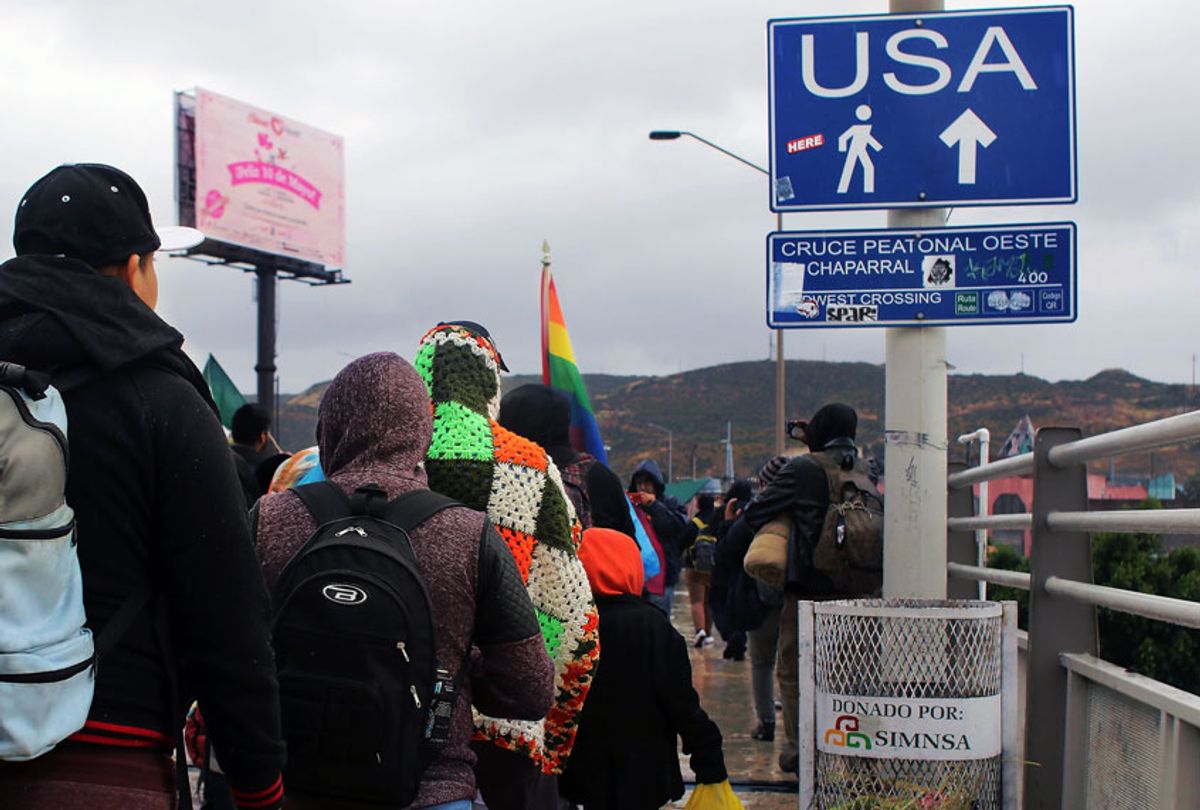 The New York Times reported earlier this year that the number of immigrants caught illegally trying to cross the U.S.-Mexico border in 2017 was the lowest in nearly five decades, but that hasn't stopped a Republican congressman from baselessly speculating on Wednesday that a Honduras-based caravan believed to be sending migrants to the US-Mexico border may be funded by Jewish business magnate and political activist George Soros.

Gaetz's argument mirrors that of Daniel John Sobieski from American Thinker, who wrote this week that "it is doubtful that such sums came from the kiddies' college funds. Evidence of Soros funding of an earlier 'spontaneous' migration have been found among the tentacles of support that flow from his Open Society group coffers."

It was also hinted at by conservative talk show host Laura Ingraham. Although Ingraham did not specifically claim that Soros was behind the caravan, she has previously fingered Soros as a sinister financier behind left-wing political activities, and some of her supporters interpreted her Wednesday tweet as a reference to Soros.

"Who is funding the migrant “caravan”? Each migrant’s passage can cost as much as $7K each. Per capita income Honduras is $2.3 K." Ingraham tweeted.

Bartolo Fuentes, a former Honduran lawmaker, was detained by Guatemalan authorities on Tuesday for not complying with their country's immigration rules, according to Reuters. Fuentes will be deported back to Honduras, a possible response to President Donald Trump's threat to cut off aid to Honduras, Guatemala and El Salvador in response to the caravan of migrants that started in Honduras.

"The United States has strongly informed the President of Honduras that if the large Caravan of people heading to the U.S. is not stopped and brought back to Honduras, no more money or aid will be given to Honduras, effective immediately!" Trump tweeted on Tuesday regarding the caravan, according to the BBC. The group contains at least 1,500 migrants who initially departed from the Honduran city of San Pedro Sula, a notorious crime hotspot. Their goal appears to be to flee the crime, poverty and political corruption that are rampant in their home country of Honduras.

The caravan speaks to the larger problem of migrants fleeing to the United States from Latin America despite the Trump administration's efforts to crack down on immigration, as The Washington Post reported:

The number of migrant parents entering the United States with children has surged to record levels in the three months since President Trump ended family separations at the border, dealing the administration a deepening crisis three weeks before the midterm elections.

Border Patrol agents arrested 16,658 family members in September, the highest one-month total on record and an 80 percent increase from July, according to unpublished Department of Homeland Security statistics obtained by The Washington Post.

Large groups of 100 or more Central American parents and children have been crossing the Rio Grande and the deserts of Arizona to turn themselves in, and after citing a fear of return, the families are typically assigned a court date and released from custody.

On Fox News' "Hannity" Wednesday night, former House Speaker Newt Gingrich used the "caravan" to fearmonger GOP voters to the polls, arguing that the November elections are a "life and death struggle."

During the show’s lead segment, after several minutes of dire warnings about the caravan, the hosts replayed portions of Gingrich’s comment. “So it comes down to a simple question regarding the Republicans and the Democrats, because it’s clear,” said host Steve Doocy. "If you think that our southern border should be open, support the Democrat. If you think the southern border should actually be a border with security, and stopping people, and processing them accordingly, then you’ve got to vote for Republicans, the Republicans say.”

In a second segment that hour, Fox contributor and former ICE Acting Director Tom Homan said, “This caravan issue lays at the feet of the Democratic Party up on the Hill” for not closing loopholes in immigration law. “I hope the American people are paying attention because this isn’t the president’s failure, this isn’t the secretary’s failure; this is the Democrats’ failure because they know the issue and they refuse to fix it. They’re putting their political ambitions ahead of public safety, national security, and border control.”

During a third segment, Doocy said that the election is “going to come down to” voters asking each other, “Hey, did you see that story this morning on Fox & Friends about the caravan? Can you believe that the Democrats want open borders?”

And at 7 a.m., the hosts again highlighted the migrant caravan, with Doocy arguing that “these images do get the base on the Republican side interested in voting because, clearly, it's a choice. Do you want a southern border with security or not?”

On Thursday, Trump repeated his threat to send U.S. troops to the U.S.-Mexico border on Twitter:

According to a recent Pew poll, 75  percent of GOP voters said immigration is a "very important" national issue.