Billionaire Charles B. Johnson is renouncing super PAC Black Americans for the President’s Agenda after the fracas 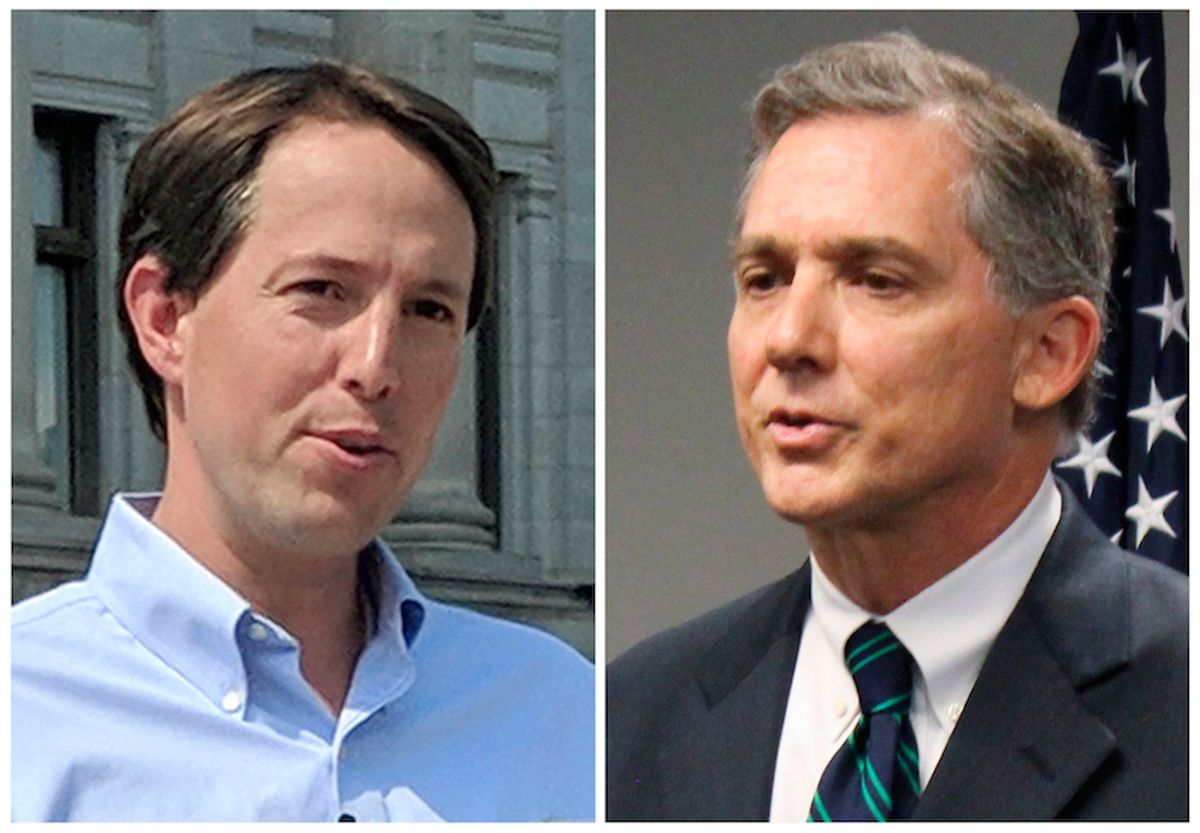 The richest people anywhere in the world generally hold right-wing views, befitting their recognition that they would be better off if they had more power and the common people had less. Yet some political perspectives remain outside the window of acceptable discourse for public figures of any stripe. And despite the rightward tilt of the aforementioned window over the past few years, it seems that even the richest and most right-wing among us still prefer not to be associated with the discourse of race-baiting or race-baiters.

Charles B. Johnson, an 85-year-old investor with an estimated net worth of $5 billion and a co-owner of the San Francisco Giants, previously donated $1,000 to a group called “Black Americans for the President’s Agenda,” a Trump-supporting Super-PAC. (Johnson, it should be noted, is white.) Now, the San Francisco Chronicle is reporting that the Super-PAC is behind a series of radio ads being broadcast in Arkansas, ostensibly to promote Congressman French Hill, a Republican and the House representative for Arkansas’s 2nd congressional district.

In the radio spot paid for by Black Americans for the President’s Agenda, two women speaking with AAVE accents have a conversation about the upcoming House race.

“Our congressman French Hill and the Republicans know that it’s dangerous to change the presumption of innocence to a presumption of guilt—especially for black men,” one of the two speakers says. “If the Democrats can do that to a white justice of the Supreme Court, with no evidence, no corroboration, and all of her witnesses including her best friend say it didn’t happen, what will happen to our husbands, our fathers, or our sons when a white girl lies on them?”

“I’m voting to keep Congressman French Hill and the Republicans because we have to protect our men and boys. We can’t afford to let white Democrats take us bad to bad old days of race verdicts, life sentences, and lynchings when a white girl screams ‘rape.’”

The comparison between lynchings — meaning when white mobs hung and murdered African Americans without trial, often subjecting them to hours of torture and mutilation before, to uphold white supremacy — and the sexual assault accusation leveled against Supreme Court nominee (now Justice) Brett Kavanaugh — in which he spent several well-fed hours in an air-conditioned room and nearly suffered the tragedy of not getting a new job — have stoked ire, and been rightly called out as race-baiting.

The intervening fracas prompted Johnson to renounce any ties or relationship to Black Americans for the President’s Agenda. “I had absolutely no knowledge that this donation would be used in this manner and I, like the Giants organization, strongly condemn any form of racism and in no way condone the advertisement that was created by this entity,” Johnson said, according to the San Francisco Chronicle.

Johnson isn't the only one on the right who renounced the ad's content. Congressman French Hill saw fit to renounce the ad as well. "I condemn this outrageous ad in the strongest terms. There's no place in Arkansas for this nonsense," Hill told CBS News.

The co-founder and treasurer of the Super PAC, Vernon Robinson, told the Chronicle he will not remove the ad from airing, and will air more ads in the St. Louis area — meaning that despite his brief denunciation, Rep. Hill will likely still benefit politically from the radio ad's content, while also benefitting politically from his willingness to condemn the ad.