Don McGahn leaves the administration in an abrupt departure 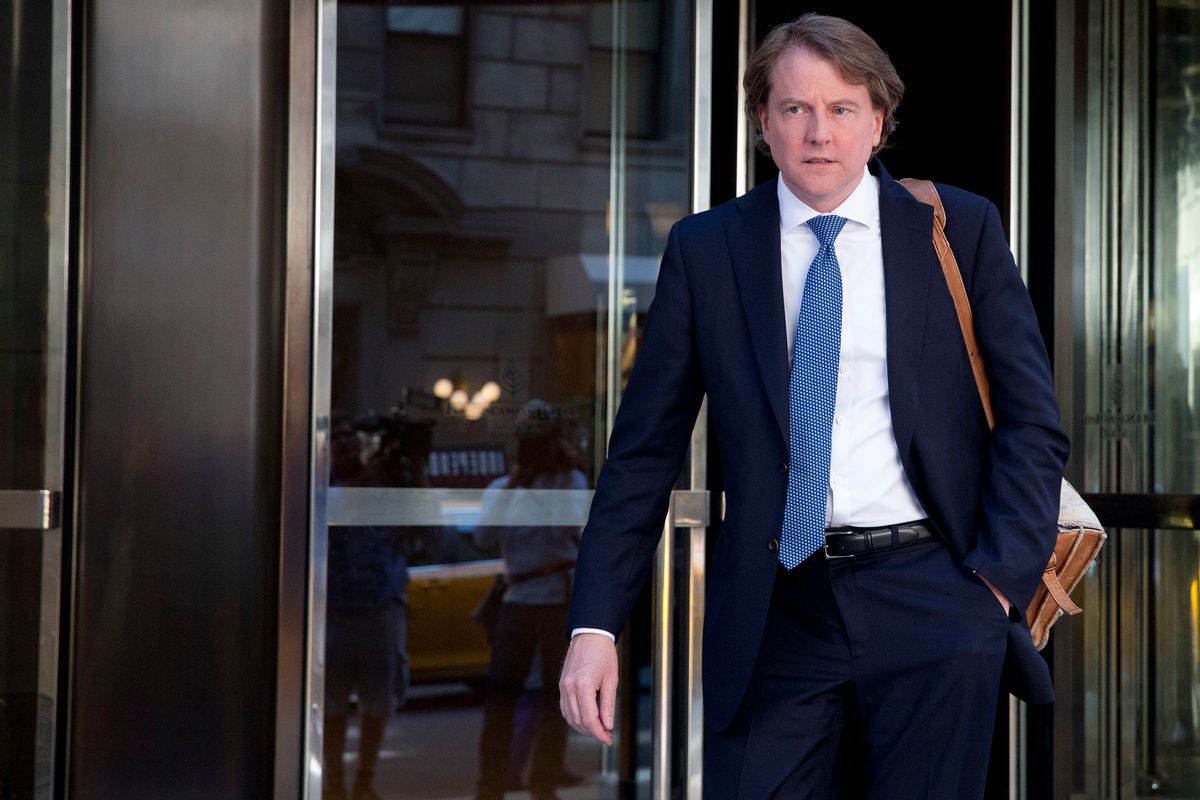 FILE - In this June 9, 2016 file photo, attorney Donald McGahn is seen in New York. McGahn, now White House counsel, is an in-house guard rail for President Donald Trump who likes to veer out of traditional bounds, and McGahn certainly doesn’t win all of his battles. (AP Photo/Mary Altaffer, File) (AP)
--

McGahn's departure had been prefigured back in August when Trump tweeted that the top White House lawyer would be leaving the administration in the fall. No official date had been announced for his last day. Trump has said he will be replaced by lawyer Pat Cipollone.

Trump announced that McGahn would be leaving less than two weeks after the Times reported that he had given around 30 hours of interviews to special counsel Robert Mueller's investigation. According to the Times, Trump's announcement came as a surprise to McGahn.

McGahn's most lasting achievement as White House counsel will surely his contribution to Trump and the Republicans' efforts to reshape the judiciary. The appointment of two new Supreme Court justices and a large group of conservative judges on lower courts will influence American policy for decades.

His connection to the appointment of Brett Kavanaugh to the Supreme Court will forever be tainted with the party's repugnant decision to push the confirmation through the Senate despite credible allegations of sexual assault and perjury against him — and the disgrace of Kavanaugh's unhinged and partisan testimony before the Senate Judiciary Committee.