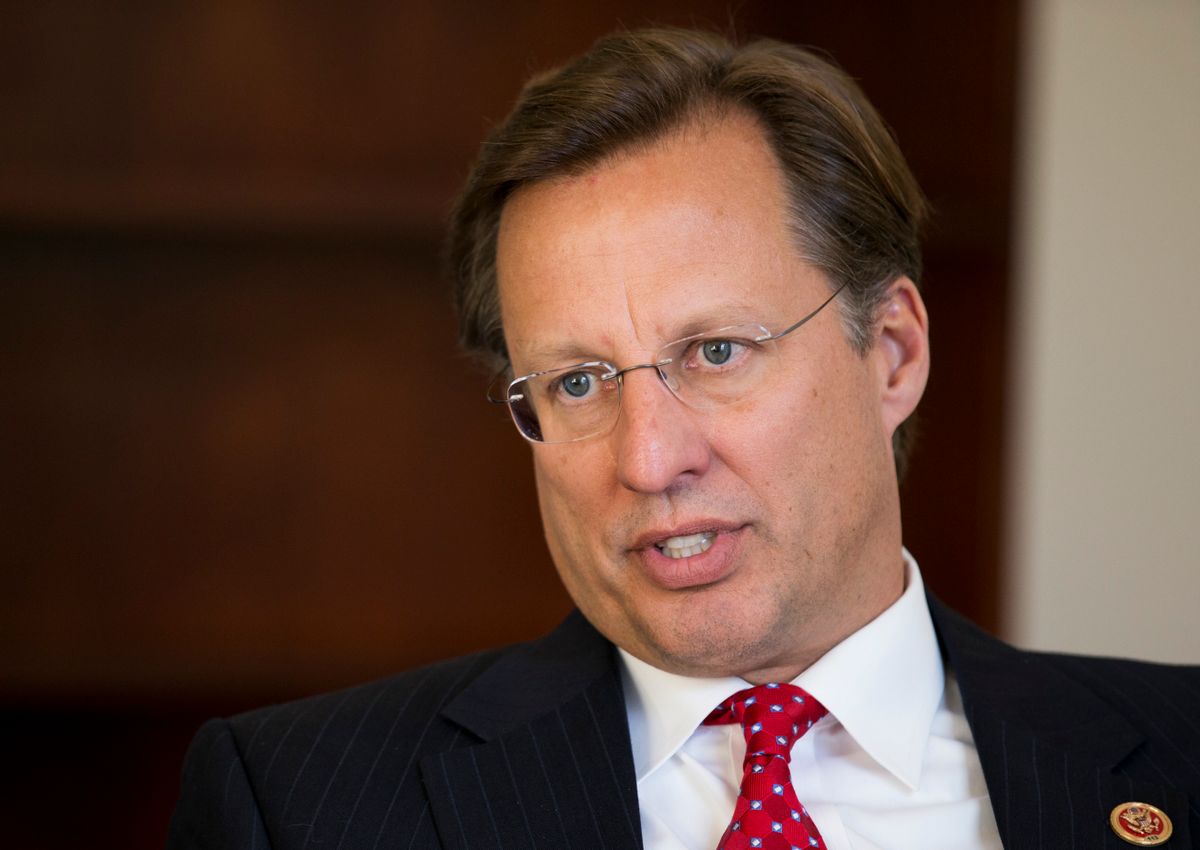 In this photo taken Nov. 18, 2014, freshman Rep. Dave Brat, R-Va., the economics professor who toppled former House Majority Leader Eric Cantor in the June GOP primary, in interviewed by The Associated press in his office on Capitol Hill in Washington, Tuesday, Nov. 18, 2014. Five months after his upset of Cantor, Brat comes across as down-to-earth and says his constituents have warned him not to let Washington change him. "Everyone just says, Dave, keep being yourself, Brat said in an interview in his sparsely decorated office this week. You better not change. You better keep being Dave." (AP Photo/Manuel Balce Ceneta) (AP)
--

On Wednesday, Rep. Dave Brat, R-Va., paid a visit to the Chesterfield County Jail to speak with inmates in the drug addiction support group. And unbelievably, in the process, he somehow managed to insert into the conversation that he could relate to them because running his campaign was pretty much just as tough as their life situation.

While speaking with one drug-addicted inmate who was worried about her career and life prospects when she was released, Brat remarked, "You think you’re having a hard time — I got $5 million worth of negative ads coming at me. How do you think I’m feeling? Nothing’s easy. For anybody."

An odd moment from @DaveBratVA7th's visit to an addiction support group at Chesterfield County Jail: After an inmate describes some of the difficulties she'd face upon release, Brat says his life isn't all roses either, pointing to attack ads from @SpanbergerVA07 pic.twitter.com/uVDW4jsAhs

Soon after, Brat seemed to realize the insensitivity of what he said and acknowledged that yes, inmates suffering from substance abuse disorders do indeed face bigger life challenges than a two-term U.S. representative.

Brat, a member of the far-right House Freedom Caucus, has recently made a point of complaining about the attack ads run by his Democratic opponent, former CIA operative Abigail Spanberger. Earlier this week, his campaign put out a press release noting that one of Spanberger's ads, blasting Brat for voting to eliminate protection for pre-existing conditions, had been rated Four Pinocchios by the Washington Post Fact Checker. In short order, Fact Checker columnist Glenn Kessler fired off an angry tweet pointing out that they had done no such thing.

And the negativity is by no means one-sided. The Paul Ryan-affiliated super PAC, Congressional Leadership Fund (CLF), recently ran attacks on Spanberger for her brief time teaching at "Terror High," an Islamic school in Northern Virginia which has had a few graduates who went on to commit terrorist acts. In the course of digging up this dirt, CLF improperly obtained Spanberger's security clearance files from the Post Office.

Virginia's 7th District is in the center of the state, and includes the western suburbs of Richmond. The Cook Political Report rates the race as one of the most competitive in the region.