David Cross talks about politics, making comedy that lasts and what type of person likes his best-known works 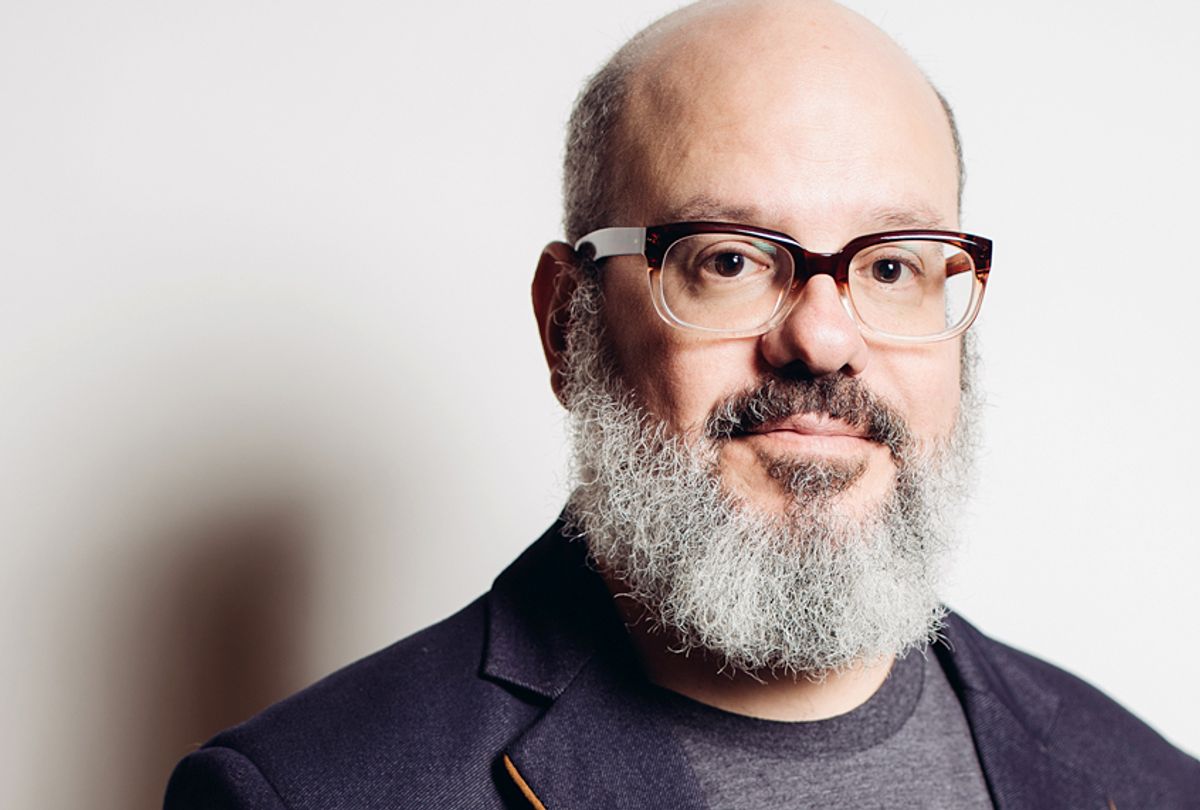 When I spoke with comedian David Cross, who is currently out promoting his stand up comedy show "Oh Come On," I quickly realized that I was talking to a man who takes the art of comedy very seriously.

This is not, I must emphasize, a bad thing. Quite to the contrary, it's refreshing to know that someone who promises to make people laugh recognizes the weightiness of that responsibility. Whether we stream a Cross stand up special on Netflix or plunk down our money to see him in a movie or live, we are investing in him — as in all of our entertainers — our time, our resources and our desire to either escape from or develop better insights into our world. Talking to Cross, I quickly realized that he strives to do both of those things — that is, he uses his comedy as a way of taking a breather from reality and simultaneously offering his own distinct perspective on it. And he puts a lot of thought into what that means and how he practices his craft.

Of course, as Cross emphasized during our conversation, this sense of artisanal pride is not present in all of his comedy work. Cross has developed a reputation for being blunt about the jobs he's taken solely for the paychecks, most notably the "Alvin and the Chipmunks" series. In 2009 he told the Los Angeles Times that he could not "give a [brass farthing] about" those movies but was happy that they "paid me more than all my other projects combined: book, TV show, the two pilots." Three years later, while insulting a producer for one of those films, he drew from his own Jewish heritage to make a controversial joke about her behavior.

Those boundary-pushing comedy sensibilities and blunt disdain for inferior comedy products were very much in evidence during our own conversation. Plus we got to talk about the summit between Donald Trump and Kanye West, and why he doesn't think people will care about it for long.

You've said that your comedy routines follow a formula: one-third anecdotal; one third, just jokes; and then the last third involves politics, religion and other more serious topics. It made me think of an interview with Norm Macdonald from about a year ago in which he said that he doesn't like Trump jokes because they don't age well. How do you feel about that in terms of the subjects you cover that are political or religious or involve pop culture?

But as far as political stuff: I mean, I'm doing a set for the folks that are seated in front of me right now. I'm not doing the set for them that they can take home with them and open it up, you know, don't open up until Christmas. I'm doing a show right now, about right now, and when I am taking that set and turning it into a televised or streaming special I do roughly an hour and a half. I mean, if there's an encore. I do an hour and 15 minutes, if there's an encore, and 99.9 percent of time there's an encore, I do another 15. So that's an hour and a half in material, but what airs in the specials is roughly an hour and 10 minutes. So if anything is really specific to that day or that week it's not going to make it into the special, which wouldn't air for half a year from when it was actually shot.

So there's two different things: There's the set I'm doing right now, for everybody right now in this theater, and then the set that will appear later. I’m much more concerned with the set right now.

That makes sense. You said that you don't discuss pop culture, but I feel with contemporary politics, pop culture is almost inevitably a part of the discussion. I mean, Donald Trump is a former reality TV star, with no political experience, who was elected president, and his most high profile summit recently was with Kanye West.

That will be forgotten in 72 hours.

The Kanye West stuff will be done in 72 hours.

Where I get to the stuff that is topical, current events — and I talked about Trump — that it's not simply like, ‘Hey can you imagine, can you believe that things he said?’ I’m coming at it from a much different way, and I explained why I'm doing that. I don't want to, you know, once you start breaking down comedy it's not funny anymore, and I don’t want any of that, or make people think they're coming to a lecture, because they are not. Again, the Trump stuff is maybe 25 percent of the show — 20 percent, maybe.

I mentioned to people in my various social circles that I was going to be speaking with you, and I was curious what movies of yours they remember, and the things that people remember from you. The big one is Mr. Show ["Mr. Show with Bob and David"] — there was a lot of genuine nostalgia for your work with Bob Odenkirk — and then I heard one friend mention your “Space Ghost: Coast to Coast” interview. So there's the stuff that you've done that seems to have you know lingered on when I was talking to people. It was those two — that show, that interview — and “Scary Movie 2.” How do you feel about each of those different projects, looking back on them from more than a decade, in some cases more than two decades?

Well, “Mr. Show” I am and remain very proud of. I think it kind of encapsulated that energy and time period in comedy, within comedy, and I think it still holds up because with the sketches, we were very, very careful about not making pop culture references that were specific. To go back to that point that you were talking about earlier that Norm Macdonald said, that's like, if you watch an "SNL" from, you know, 1997, it's just like, huh? You don’t know what the f**k they’re talking about. And we were very careful to have the archetype, and it was more about the culture around that thing than the actual specific person. And so I think it holds up for a number of reasons, but that's one of them. I'm proud of it and remain very close friends with most of those folks to this day.

And as far as “Space Ghost: Coast to Coast,” I don't remember it.

As far as “Scary Movie 2,” again, I haven't seen that since I went to the screening of it, when it was screening, and we all did, it was like a party in the cast, everybody came down, and that was the only time I've ever seen [it]. It wasn't my cup of tea, but it was the second thing that I did for money, and I made quite a bit of money, certainly. Because we didn't make anything on "Mr. Show." . . .

"Scary Movie 2," I basically took the money that I got from that and bought an apartment in New York. I was very happy to do that and I made quite a bit of money on that one. I don't even know if I've ever seen "Space Ghost: Coast to Coast." I'm sure I did, but I don't remember it.

And "Scary Movie 2," I mean, it constantly comes up. People will see you and go, "Yo yo yo, you was in Scary Movie 2, yeah?" I just haven't seen it. I mean, you remember it, and I do remember shooting it.

I don't. Not negatively or positively, I just don't even think about it, and at this point, I mean, I would say depending on where I am and what I'm doing in my day-to-day routine, I would say maybe once every four days it'll come up, and quite often way more than that. Sometimes six times every day, you know, it just depends.

But I mean, I live in New York City, so then there's more people to comment on it [as you] take the subway or whatever, and so I just don't think about it.

I can judge pretty accurately based on who you are, what you look like, what you're wearing, how you sound, if I was to take a guess: Are you a fan of “Mr. Show” or of “Space Ghost” or of “Scary Movie 2”? I'm going to guess accurately pretty much 95 percent of the time.

What would you say is the appearance of a "Mr. Show" fan versus a "Scary Movie 2" fan?

Well again, this is just — sometimes, you're politely surprised. And that, you know, is for literally everything. Somebody will come up to me, like a kind of a beefy construction guy who's a huge Todd Margaret fan [from "The Increasingly Poor Decisions of Todd Margaret"]. It was like, wow, I didn't see that coming. Who like quotes things.

Roughly, in a very generalized sense, by far the "Arrested Development" and "Mr. Show" fans are usually, kind of, anywhere from early 30s to mid 50s. Maybe early 50s, and kind of white hipster-y, or were kind of hipster-y, or just sort of guys with some tats, maybe they went through a punkabilly phase for a couple years.

And then for stuff like "Scary Movie 2," maybe even "Men in Black," it tends to be more urban, ethnic, younger — definitely younger — and again, sometimes you flip the script and it's completely different. But for the most part, that's usually what it ends up being.