Lewandowski shut down trying to defend Trump’s lies: “Why can’t the president just tell the truth?"

Lewandowski had no answer, truthful or otherwise, to offer to Hallie Jackson during his Monday appearance on MSNBC 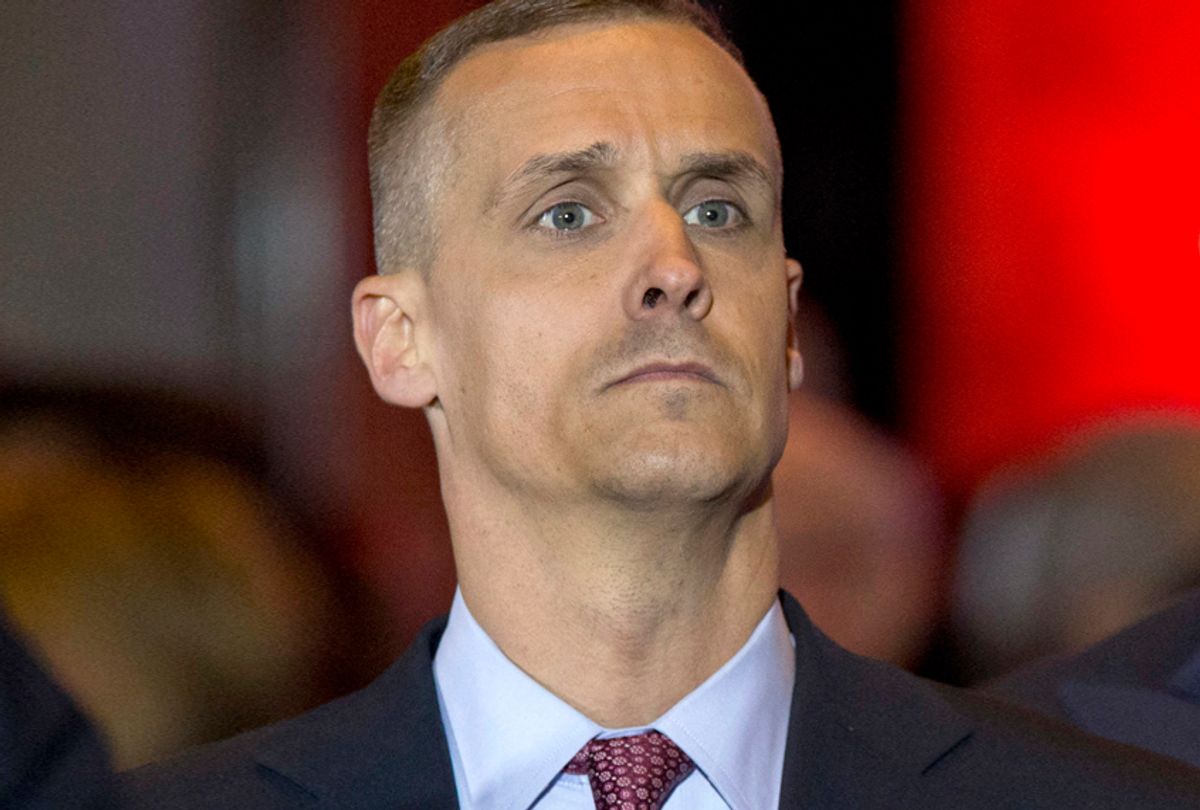 Former Trump campaign manager Corey Lewandowski in a Monday MSNBC appearance tried to defend Trump’s constant lying, and got shut down at every turn by host Hallie Jackson.

Jackson noted that the president has been telling lie after lie on the campaign trail, from his tax cuts, to the migrant caravan, to the bipartisan efforts to fight the opioid epidemic, and asked “Why hasn’t he told the truth?”

Lewandowski began with the president’s claim that he would pass a tax cut by November 1, saying “there will be an opportunity following the midterm elections to vote on potentially a second portion of that tax cut.”

“But that’s not what the president said,” Jackson interjected. “He said by November 1st he would have that tax cut thing going, and that is just one example of some of these other things that the president has said that are simply not backed up by the facts. Why is he doing that, does he think voters don’t care or don’t know?”

Jackson asked about Trump’s “misinformation campaign” about the 7,000 migrants heading to the United States from Central America. Lewandwoski replied with a non sequitur about securing the border, which Jackson caught.

“That’s different from what the president is saying. We have a series of fact checkers that have said there is no evidence to support the claims that the president is making,” she said. “So let me go back to that question just one more time. He keeps saying things that aren’t true. Why?”

Lewandowski responded with an unsubstantiated claim that people were being paid to join the caravan, which Jackson also shot down. “I’m asking a broader question that, respectfully I haven’t heard a great answer, or any answer from you,” she said. “Why can’t the president just tell the truth?”

Ultimately, Lewandowski had no answer, truthful or otherwise.