"This is a question of strategic security," Dmitry Peskov says. "Such measures can make the world more dangerous" 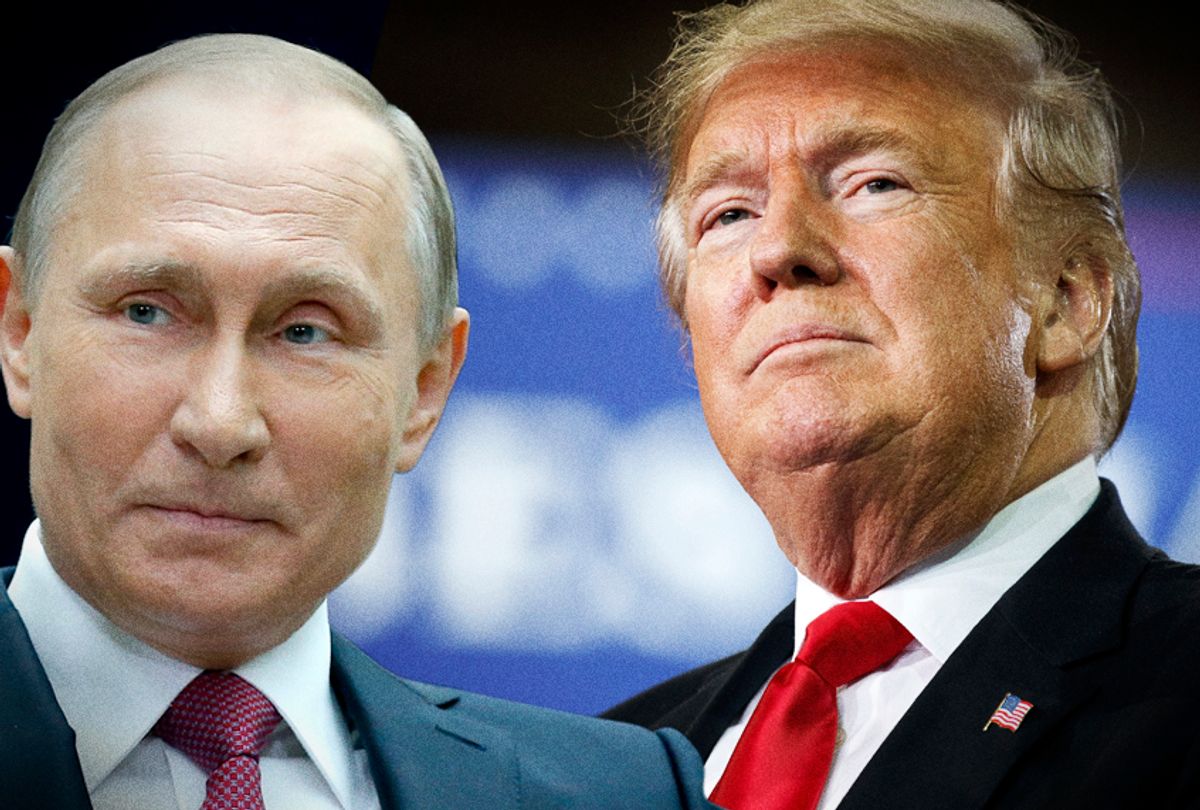 President Donald Trump's national security adviser John Bolton has arrived in Moscow, where he is expected to tell Russian officials that the U.S. plans to withdraw from a Cold War-era nuclear arms treaty.

Bolton met on Monday with the head of Russia's National Security Council, Nikolai Patrushev, according to RIA Novosti, the country's state news agency. He is spending two days in Moscow and is expected to meet on Tuesday with Russia's defense minister, Sergey Shoigu, followed by president Vladimir Putin. The Trump administration's decision to withdraw from the Intermediate-Range Nuclear Forces, or INF, treaty is expected to be the focus of the trip.

Trump announced on Saturday that the U.S. would withdraw from the landmark agreement, accusing Russia of violating the treaty. "They've been violating it for many years, and I don’t know why President Obama didn’t negotiate or pull out," Trump told reporters in Nevada.

The agreement was signed in 1987 by President Ronald Reagan and the Soviet Union's leader, Mikhail Gorbachev, in the final years of the Cold War to stop the U.S. and Russia from deploying nuclear and conventional ground-launched ballistic missiles with ranges of 310 - 3,410 miles. The accord sought to eliminate decades of tension between the two superpowers.

Russia has vehemently denied claims that it violated the treaty and criticized America's decision to withdraw, arguing that it undermines the arms control agreement that has boosted the two countries' relations.

As Bolton was meeting with Patrushev on Monday, Russian government spokesman Dmitry Peskov said it expects a detailed explanation from Bolton as to why the U.S. is leaving the treaty. Peskov warned that Russia would retaliate by developing new missiles to "restore the balance" of military power if the U.S. began developing weapons banned under the agreement.

"It means that the United States is not disguising, but is openly starting to develop these systems in the future, and if these systems are being developed, then actions are necessary from other countries, in this case Russia, to restore balance in this sphere," Peskov told reporters on Monday.

"This is a question of strategic security," he added. "Such measures can make the world more dangerous."

Withdrawing from the agreement would raise the possibility of sparking an arms race at a time when Russia and the U.S. are already in fierce competition. It may also erode trust between two countries, who have historically mistrusted each other and possess thousands of nuclear weapons.

As ABC News explains,  "The agreement did away with thousands of missiles and was hailed as a stepping stone towards ending the Cold War. But for several years now the U.S. and Russia, have accused one another of violating the agreement. Starting under the Obama administration, the U.S. has alleged that Russia has been flouting part of the agreement by secretly developing and deploying a new cruise missile."

The Trump administration's withdrawal from the treaty is also the first time the U.S. has exited an international arms agreement since former President George W. Bush withdrew from the Anti-Ballistic Missile treaty with Russia in 2002.

The decision to withdraw from the treaty come under intense scrutiny from arms control advocates, former U.S. officials and even Republican lawmakers, who believe that pulling out of the treaty will remove an important safeguard and give Russia the freedom to to deploy "an intermediate-range ballistic missile, if it wants, without any restraint."

Senate Foreign Relations Committee Chairman Bob Corker (R-Tenn.) called on the president to renegotiate rather than exit the treaty. "I hope we're not moving down the path to undo much of the nuclear arms control treaties that we have put in place," Corker said on CNN on Sunday. "I think that would be a huge mistake."