While Stabenow's GOP challenger John James did not approve the ad, his campaign blamed the spot on the senator 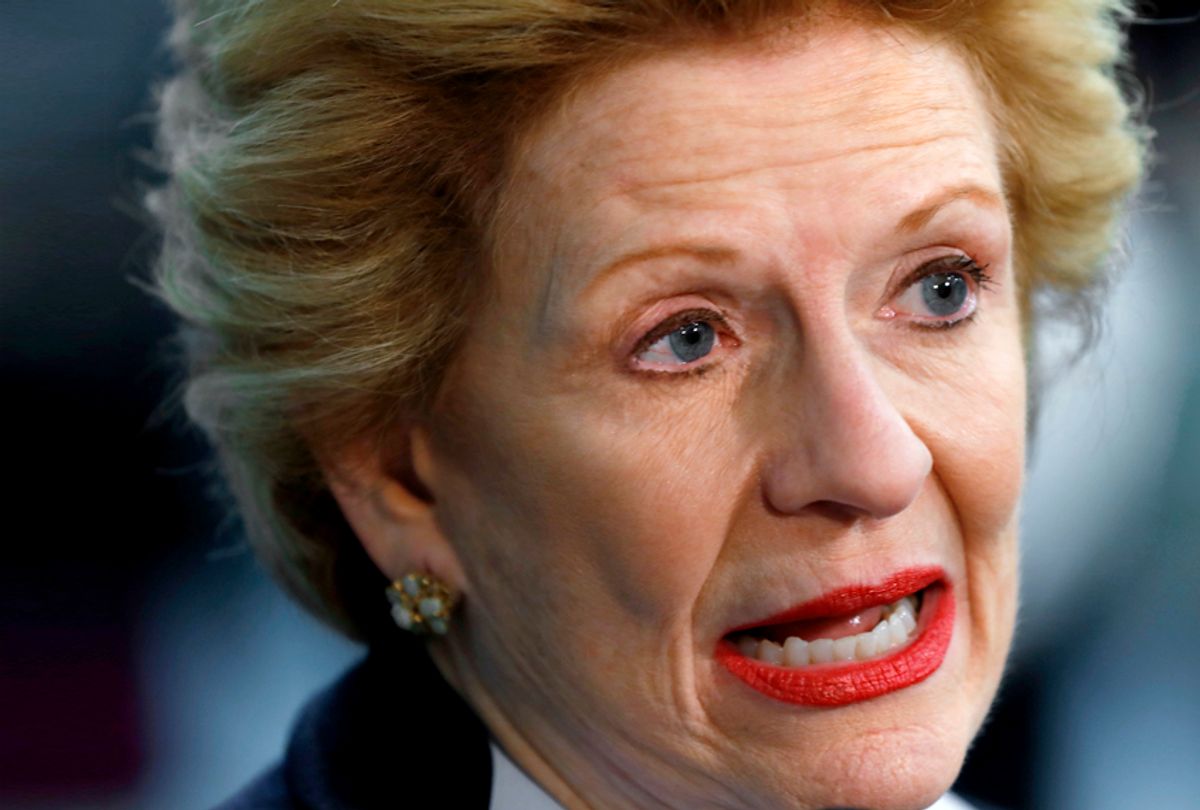 A conservative political action committee based in Virginia has sponsored an incendiary radio ad that claims Sen. Debbie Stabenow (D-Mich.) supports "black genocide" because she is pro-choice.

The ad, which has played on a Detroit-area R&B radio station for the past month, encourages listeners to vote for Stabenow's Republican challenger, the black businessman John James, in this November's midterm elections.

"How can Debbie Stabenow ask for our votes when she doesn’t even want our babies?" asks a man in the ad. "Debbie Stabenow and half of all black babies aborted or John James and more opportunity? Sounds like a simple choice."

While James did not approve the ad, his campaign blamed the spot on Stabenow.

"It’s desperate and hypocritical for Debbie Stabenow and her allies to complain about the results of her failed leadership in Washington that have created an environment where ads can be run without consent or approval of a candidate (we didn’t consent or approve this ad)," his campaign manager Tori Sachs wrote in an email statement to multiple outlets.

But clergy members in Detroit have called on James to denounce the ad, according to Bridge Magazine.

"He needs to disassociate himself with this . . . I expected better from him," Terra DeFoe, chair of the Democratic Party’s faith caucus, told the magazine. "Speaking as a woman, a black woman and clergy in this community, anybody who votes for someone with that type of commercial is clearly not understanding what’s going on in the inner city. Black people have seen this tactic before, and we don’t like it."

Rev. Wendell Anthony, a Detroit pastor and president of the NAACP's Detroit branch described the ad's use of racism as "deceitful."

"I am very surprised candidate John James would allow himself to be tagged with this kind of deceitful, disrespectful and disingenuous, absurd notion," he told Bridge Magazine. "I would urge him to pull the ad now, because it doesn’t reflect the best interests of what he’s supposed to be about."

The criticism against James follows the backlash he received last week when it was pointed out that one of his campaign ads featured footage of a swastika. In his apology, James called it a "terrible error" and said the image came from stock footage.

The "black genocide" ad was funded by Stars & Stripes Forever – a committee that formed in 2013 to get Ben Carson elected president, but has since focused its efforts on President Donald Trump and now retaining a conservative Congress in the midterms.

The PAC targets black voters and said it has sponsored radio ads in key swing states, such as Indiana, Michigan, Missouri, Montana, North Dakota, Pennsylvania, Virgini, and Wisconsin to sway the senatorial races, according to its website. Stars & Stripes Forever claims it hopes to win "one-third of the African American vote on a regular basis."

"If this is what they’re bringing to get black people to support them, shame on them and see you at the polls," Anthony added.

The Detroit ad also mirrors another ad in Arkansas that encouraged black voters to vote Republican by painting Democrats as racist. It was funded by conservative PAC Black Americans for the President's Agenda, according to HuffPost and supports Rep. French Hill (R-Ark.) In the ad, which Hill condemned, women discuss the treatment of Associate Supreme Court Justice Brett Kavanaugh.

"If the Democrats can do that to a white justice of the Supreme Court," a woman says, "what will happen to our husbands, our fathers or our sons when a white girl lies on them?"