The Jewish billionaire philanthropist, who is a favorite right-wing boogeyman, has been blamed for migrant caravans 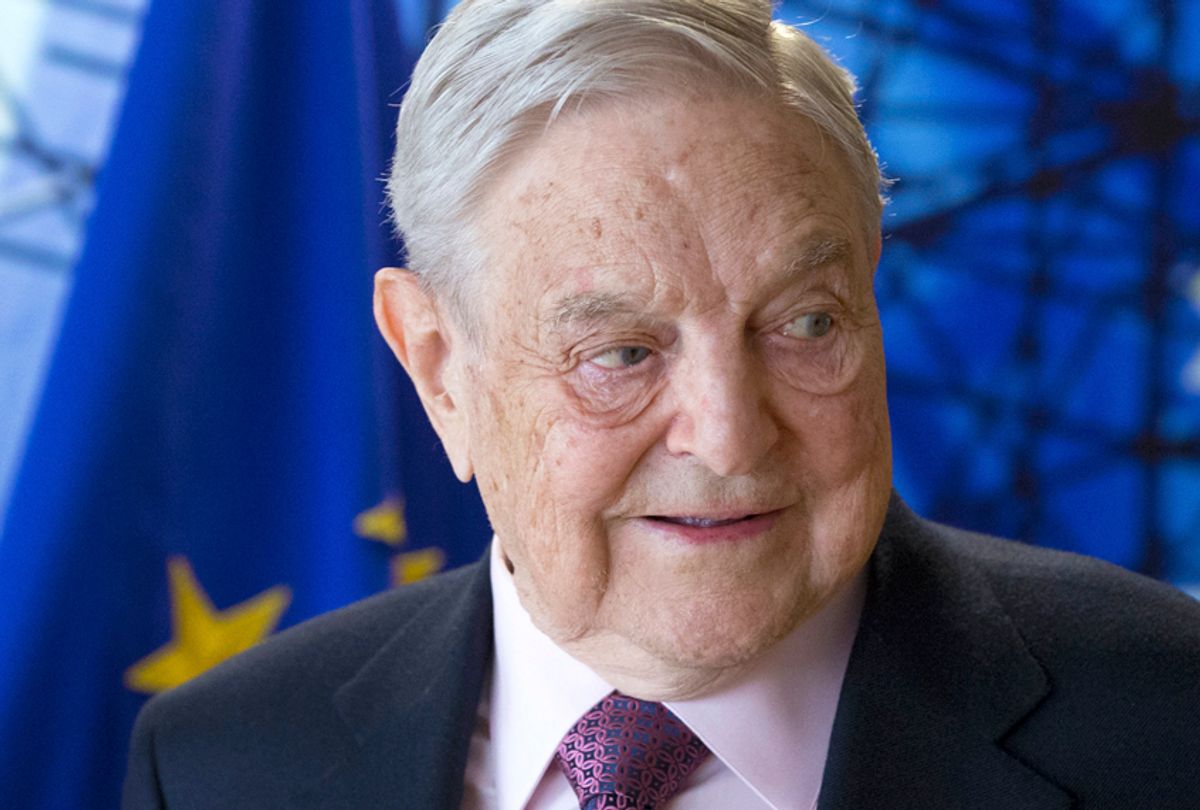 George Soros, the billionaire philanthropist who has become a pariah among conservatives for his support of liberal candidates and causes, received an explosive device in the mail at a New York residence on Monday.

The device was found in a mailbox at a Soros residence in the hamlet of Katonah, according to The New York Times. Katonah is located in the town of Bedford, which is situated in the northern area of wealthy Westchester County. Other celebrities located in the community are actress Glenn Close, television personality Martha Stewart and fashion designer Ralph Lauren.

"An employee of the residence opened the package, revealing what appeared to be an explosive device. The employee placed the package in a wooded area and called the Bedford police," the police said in a statement. In order to protect anyone from being harmed by the explosive device, which did not go off at Soros' residence, the police "proactively detonated" it in a secure location.

The Times report described the incident as unusual for the town of Bedford:

The town is known for its insularity and lack of gossip, which allows for well-known residents to fly under the radar. “They look to Bedford as to being protective of their privacy,” John Stockbridge, Bedford’s historian, said in a phone interview.

Mr. Stockbridge said that the town has largely avoided drama or violent scares. “I’ve been here for 35 years and I don’t remember any incident like what you’re talking about,” he said.

Soros has been a popular target among Republicans and other conservatives in the Trump era, with the repeated criticisms of the Jewish financier causing some to speculate that there may be underlying anti-Semitism in their motives.

Gaetz's accusation was completely unsubstantiated and has not been reinforced since it was made. The migrant caravan, on the other hand, remains a potent political issue, with Trump even characterizing it as a threat to the United States.

Earlier this month, Trump tweeted that "the very rude elevator screamers are paid professionals only looking to make Senators look bad. Don’t fall for it! Also, look at all of the professionally made identical signs. Paid for by Soros and others. These are not signs made in the basement from love! #Troublemakers"