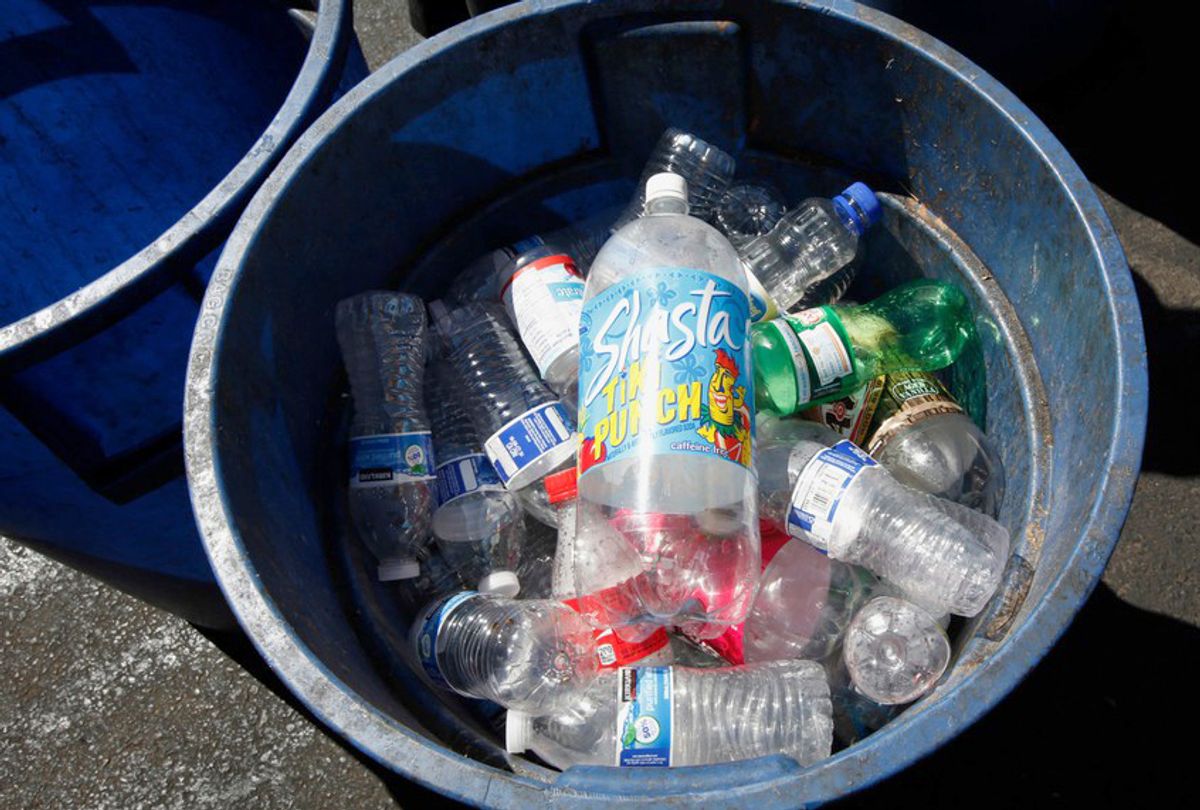 Plastics are fundamental to modern civilization, yet wreak havoc on our ecosystems. Considering an estimated eight million metric tons fill up the ocean every year — adding to the estimated 150 million metric tons that are already circulating around Earth’s waters — the non-biodegradable wonder material is a serious cause of environmental concern.

A new study suggests the planet isn't the only body suffering plastic contamination. This week, researchers from the Medical University of Vienna and Environment Agency Austria announced they have found microplastics — particles of plastic smaller than 5 millimeters — in stool samples from each one of their human test subjects. In other words, plastic is getting into our bodies, too.

Eight people from Finland, Italy, Japan, the Netherlands, Poland, Russia, the United Kingdom and Austria participated in the study. Each person kept a food diary the week before the stool sampling occurred which showed researchers that all participants were exposed to foods that were either wrapped in plastic, or they drank from plastic bottles. Six of the eight ate sea fish, too; none of them were vegetarians.

Since marine life consumes plastics and microplastics in the ocean, eating seafood is one way humans can ingest microplastic. The stool samples were tested at the Environment Agency in Austria for 10 types of plastics. The results concluded on average there were 20 microplastic particles per 10g of stool. Polypropylene (PP) and polyethylene terephthalate (PET) were the most common types of plastic found in the samples, according to the press release about the study.

“This is the first study of its kind and confirms what we have long suspected, that plastics ultimately reach the human gut,” Lead researcher Dr. Philipp Schwabl said in statement. “Of particular concern is what this means to us, and especially patients with gastrointestinal diseases.”

The findings raise concerns around how ingesting microplastics are (or aren’t) harmful to human health. Yet experts who weren’t associated with the study say they don’t have definitive answers due to a lack of research in the field. Associate Professor Laurence Macia, a Beckett fellow at the School of Medical Sciences, University of Sydney, told Salon as the researchers of the study noted, the key is to see what components from these microplastics might cross the gastrointestinal barrier. She added that microplastics are often times associated with organic pollutants from the water, such as polychlorinated biphenyls (PCB), and that the impact of these on human health should be considered as well.

“If these microplastics are just transiting in the gut and rejected through feces they might have minimal effects, yet they might affect the function of the cells lining the gut (called epithelial cells) which can have impact on gut integrity,” she told Salon in an email. “From this study we can’t say whether presence of plastic in stool is bad or not.”

Macia added that while some studies have shown polystyrene nanoparticles can transport through gut epithelial cells and “accumulate into gastric cells” — suggesting microplastic can bypass the gastrointestinal barrier — they have not been proven.

“There is a significant research gap in this area,” she said. “How microplastic might affect gut and immune function is poorly known, but raising awareness is relevant as we did not evolve with such components and they could have adverse effect on health (which has to be determined).”

Martin Wagner, a biologist at the Norwegian University of Science and Technology, said his main criticism about the study is that it does not provide researchers with the full picture. For example, he said it is possible that that plastic found in the stool samples could have come from the lab itself.

“Everybody who works with microplastics knows that they are everywhere, even in the cleanest lab,” he told Salon in an email. “That is just another side [effect] of the plastic age we are living in. Accordingly, you need to do thorough quality control to make sure that the microplastics you find actually comes from the sample. Without having the details, we do not know what the Austrian researchers actually measured.”

The results, Wagner added, are not surprising considering “we are living in the plastic age.”

“We know since a long time that most of us have chemicals from plastics in our blood,” he said. “Now it is particles. Admittedly, that has a certain yuck effect but in the best case, we would just excrete the particles (as we excrete other non-digestible materials)."

Wagner said the jury is still out in regard to whether or not microplastics alone are inherently harmful to human health.

“We have very limited knowledge on the toxicity of microplastics to humans,” Wagner said. “Accordingly, it is premature to answer that question. That does not imply we should wait for the science before we try to reduce our plastics consumption. It will help the environment and we may be better safe now than sorry later.”