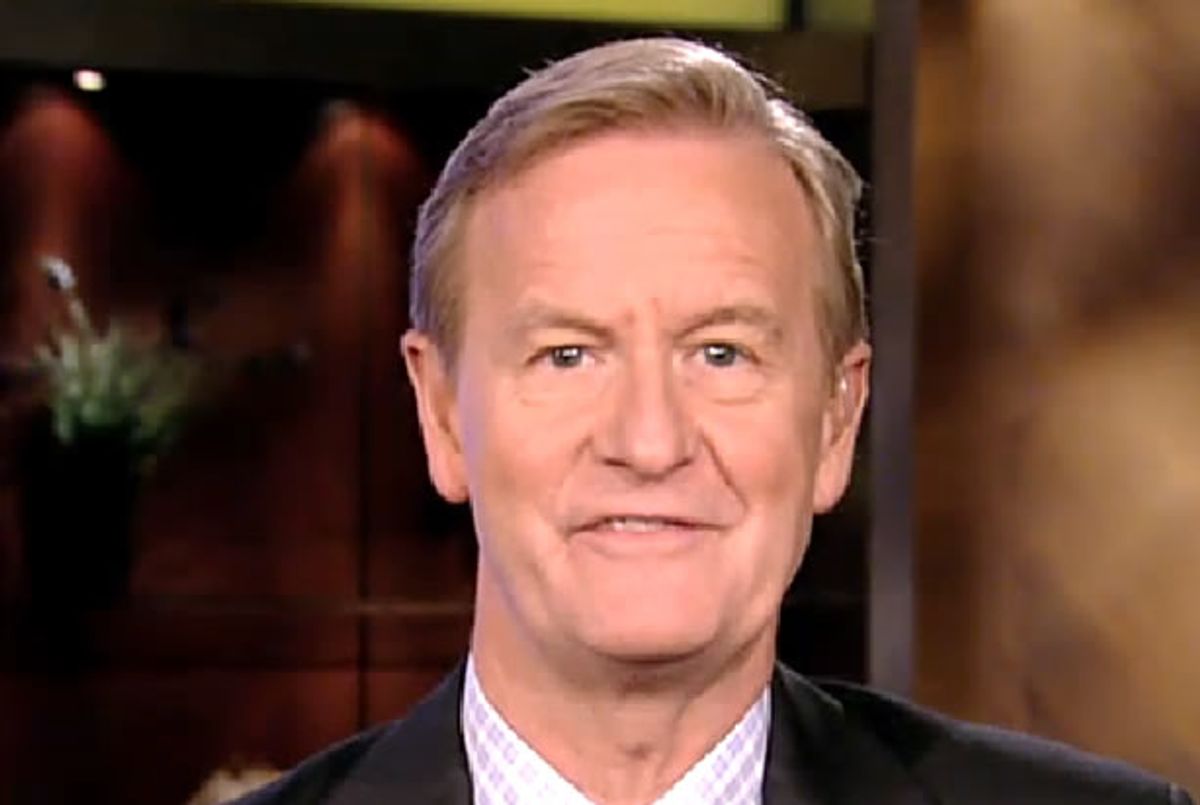 "Fox & Friends" co-host Steve Doocy had to correct one of his counterparts, Ainsley Earhardt, when she described a story about an undocumented immigrant that he admitted was partially based on misinformation.

While discussing the caravan of roughly 7,000 Central American migrants that is approaching the United States, the hosts dished about their theory that most of the individuals in that group are seeking jobs rather than asylum. This prompted them to talk about E-Verify, a government system that businesses can use to confirm that potential employees are legal citizens.

"The system needs to work and it needs to be accurate," Earhardt pointed out. "Because do you remember that girl that disappeared and was found in the corn fields in Iowa? And the guy that was accused of murdering her was working on a farm there? Was here illegally? And then it turns out that his employer did the e-Verify, it said he was legal, and then he wasn't."

Doocy chimed in, "I think there was some misinformation on the initial parts of that story, but nonetheless he was in the country illegally."

The former weatherman may have been referring to the fact that the company which hired Cristhian Bahena Rivera, the suspect in the case of murdered Iowa college student Mollie Tibbetts, wasn't actually vetted by the e-Verify program. Although Yarrabee Farms, Rivera's former employer, claimed that he had been put through that system, this was later revealed not to have been the case. As CBS News reported in August:

However, the farm's owners said in a press conference later on Wednesday that the company had determined their ex-employee had used a false name to pass verification. They also explained that while they thought they were using E-Verify, they were actually using a different older system through the Social Security Administration.

"Just within the last four hours we have come to learn that the Social Security Administration employment verification service is not the same as E-Verify," said Dane Lang, co-owner and manager of the farm. "We're signing up for e-verification, and we intend to fully vet everyone through the E-Verify system."

That said, the CBS News report also noted that E-Verify has its flaws.

But whatever Rivera's status, it's far from certain that using E-Verify would have revealed it. Despite calling itself "currently the best means available to electronically confirm employment eligibility," E-Verify doesn't actually prevent companies from hiring undocumented workers, according to studies of the system's efficacy.

In a report for the Department of Homeland Security, research company Westat found that while so-called authorized workers have an error rate of just 1 percent, unauthorized workers get a pass at a rate of 54 percent.