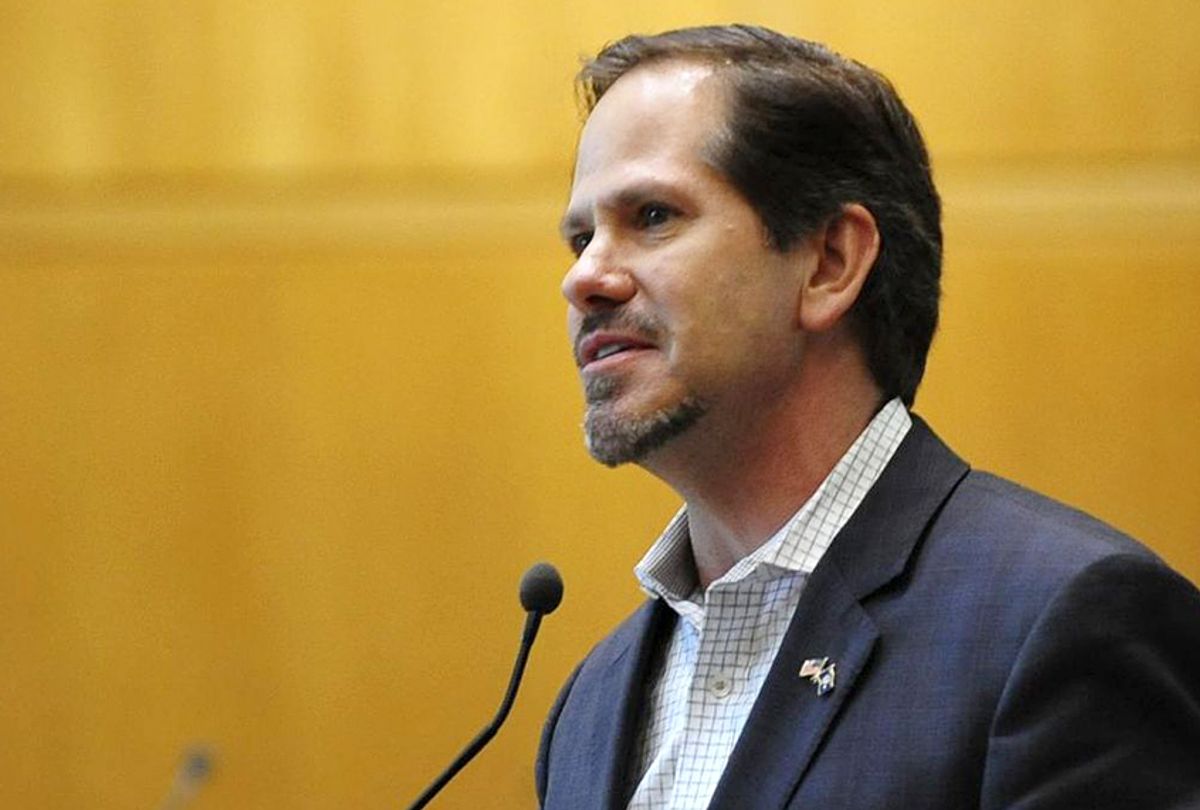 At least three Republican gubernatorial candidates have espoused anti-vaccination talking points on the campaign trail, even as medical groups plead for them to retract their statements.

“As a physician, I certainly believe in the benefits of vaccination but I also think that parents should have the right to opt out,” Buehler replied to a recorded question from a voter. “To opt out for personal beliefs, for religious beliefs or even if they have strong alternative medical beliefs. And that has been beneficial. I think that gives people option and choice and that’s the policy I would continue to pursue as Oregon’s governor.”

Three medical groups – the Oregon Academy of Family Physicians, the Oregon Pediatric Society and the Oregon Chapter of the American College of Physicians – called on Buehler to retract his statement, citing the scientific consensus that recommends a full slate of childhood vaccines, the Oregonian reported.

"Studies show that 95 percent of the community needs to be vaccinated in order to achieve community immunity," Dr. Carla McKelvey, the head of the Oregon Pediatric Society, told the outlet. "We urge Dr. Buehler to reconsider his position so that it is evidence-based and aligns with the medical and public health experts who develop vaccine-related recommendations and legislation."

Buehler's campaign said he is standing by his statement. His opponent, incumbent Gov. Kate Brown, said at the debate that she believes "we probably give some parents a little too much leeway” in exempting children from vaccines. Recent polling shows Brown leading Buehler by four to five points.

Buehler is far from the only Republican to embrace anti-vaxxer attitudes. A newly published video of Connecticut Republican gubernatorial nominee Bob Stefanowski shows him telling a Tea Party group last year that he believes vaccine requirements should “depend on the vaccination,” NBC Connecticut reports.

“We shouldn’t be dumping a lot of drugs into kids for no reason,” he told an audience member.

Asked if he would approve of legislation that would alter the current vaccination policy, Stefanowski replied, “I would look at it. I don’t think we should be forcing people to inject a ton of chemicals into their kids but I would want to see more about it.”

A spokesperson for his campaign later clarified that “Bob does not advocate for any policy changes” in regards to vaccines.

Oklahoma Republican gubernatorial candidate Kevin Stitt also sparked backlash earlier this year when he said it was “absolutely wrong” to mandate that children must be vaccinated in order to attend public school.

“I believe in choice. And we’ve got six children and we don’t vaccinate, we don’t do vaccinations on all of our children,” he said in February, according to the Daily Beast. “So we definitely pick and choose which ones we’re gonna do. It’s gotta be up to the parents, we can never mandate that. I think there’s legislation right now that are trying to mandate that to go to public schools, it’s absolutely wrong. My wife was home-schooled, I went to public schools, our kids go to Christian school, and that’s back to a parent’s choice.”

It's no big surprise that some Republicans have begun to advocate for anti-vaccine ideology given that President Trump himself has also flirted with the idea.

“Mr. Trump has some doubts about the current vaccine policies and he has questions about it,” prominent anti-vaxxer Robert F. Kennedy Jr., the son of the late Sen. Robert F. Kennedy, said after meeting with Trump following his election win. The Independent adds that Trump has tweeted about a link between vaccines and autism on “more than 20 occasions.”

Daniel Summers, a New England pediatrician who slammed the anti-vaccine rhetoric in an op-ed for the Washington Post, later warned in an interview with the Independent that letting these baseless talking points go unchallenged could have dire consequences.

“The danger is that diseases that have become fleetingly uncommon will come roaring back,” he explained. “The only vaccine-preventable illness that has been wholly eradicated is smallpox. All the rest linger in some pocket of the human population or another, and without vigilance to keep them at bay, they could come back.”