A quick chocolate "pudding" for when you need dessert ASAP 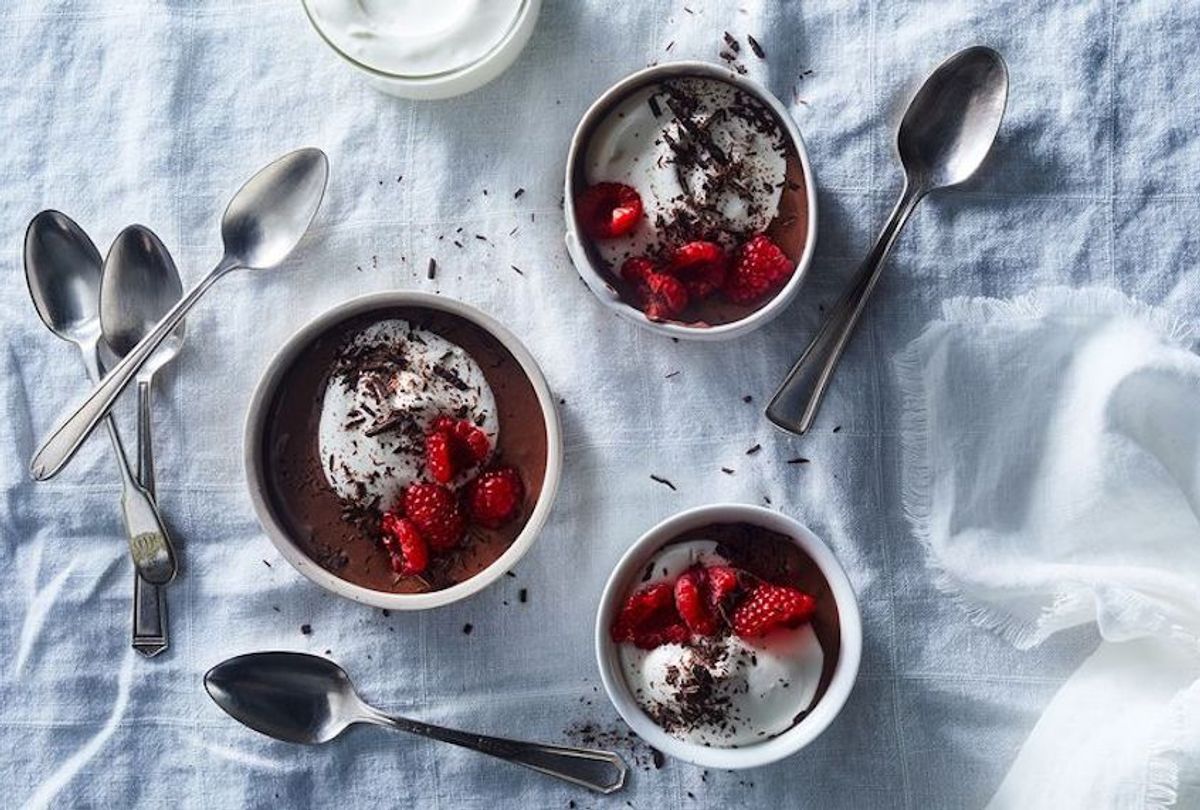 Patience may be a virtue, but it's not one of mine. At least not when it comes to chocolatey desserts. Sometimes —  okay, pretty much all the time — a craving comes over me, and I just need sweets (checks watch) five minutes ago.

Enter Greek Yogurt Chocolate "Pudding." It's my never-fail solution for when I require sweets ASAP. This godsend of a dessert comes together in less than five minutes, which is often the high end of how long I feel I can wait before consuming chocolate. It's a no-stove, one-bowl, zero-frills sort of operation, and it comes out perfectly every single time. Plus, I almost always have every single one of the ingredients already in my pantry and fridge — Greek yogurt, a splash of cream, vanilla extract, Dutch-processed cocoa powder, maple syrup, and a pinch of salt.

And it's more versatile than I give it credit for: It can swing pudding, sure, but it can also swing mousse — just pop it in the refrigerator for 20 minutes until it firms up. It can be dressed down (Thin Mint crumble!), or way up: reserve a little plain Greek yogurt to whisk with cinnamon and maple syrup, and dollop over the top with a sprinkling of berries.

It's not just a personal dessert for when you're so desperate for sweets, you're about to start chewing on a framed photo of a brownie; it's also for your elegant dinner party guests who'll love the light, creamy texture and unique tanginess. (One of its best features is that it scales proportionally, but even at five or six times the batch size, it will still only take about five minutes to whip up.)

The method is quite flexible, as well. I've made an even lazier version just by whisking maple syrup, cocoa powder, vanilla, and salt directly into yogurt — it turns out denser, and just as delicious. I've followed my written recipe method, but with a hand mixer. I've experimented with different types of yogurt, and also Greek yogurt with a lower fat content. While the resulting aeration of the final "pudding" will vary (you can use an extra splash of cream to compensate for 2% fat Greek yogurt), the flavor is always spot-on and satisfying.

To me, Greek Yogurt Chocolate "Pudding" tastes like a cross between one of those tangy YoCrunch vanilla yogurts with Oreo crumbles, and a chocolate Snack Pack. Yes, I've spent an unhealthy amount of time coming to that conclusion. No, I don't regret it for a second.

Try it for yourself, and let me know what you think: