"We are starting a new chapter in the third hour of our show as it evolves,” Hoda Kotb told viewers Monday morning 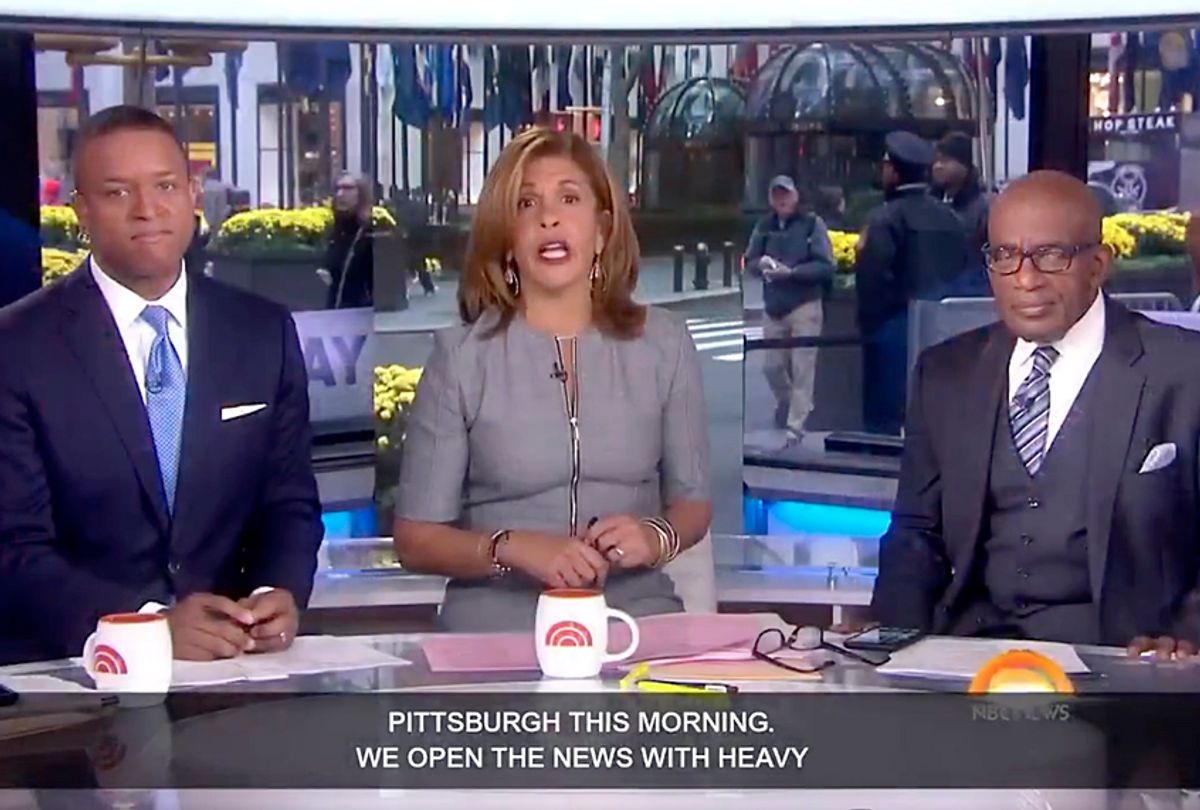 Monday on the “Today Show,” co-hosts Hoda Kotb, Al Roker and Craig Melvin ushered in a new installment of the third hour of the venerable NBC News franchise, or as Kotb dubbed it, “a new chapter." In the wake of former Fox News star Megyn Kelly’s highly-publicized exit from the popular morning show, Kotb vowed that her show "family" would continue to bring audiences "informative and important stories, just as we always have."

“Today, as you know, we are starting a new chapter in the third hour of our show as it evolves,” Kotb told viewers. However, Kotb and her costars soldiered on without once mentioning their former co-star by name, according to The Daily Beast.

Off camera, a different scene was unfolding as fraught exit negotiations between Kelly's lawyer and her employer remained ongoing, according to The Hollywood Reporter:

Sources say the talks naturally slowed somewhat over the weekend, but ramped up again on Monday. Among the issues the sides are haggling over: money and a non-disclosure and non-disparagement clause. Sources tell The Hollywood Reporter that Kelly is resisting an NDA.

Such clauses are standard in exit agreements, even those that are not fraught. But NDAs have also come under new scrutiny in the #MeToo era. And many media companies — including Fox News, Kelly’s old employer — have waived NDAs in an effort to get victims of sexual harassment and misconduct to come forward.

The next day, Melvin called Kelly's comments "stupid" and "indefensible" on air. "She owes a bigger apology to folks of color around the country," Roker added. And NBC News Chairman Andy Lack even went as far to condemn the star he signed on for a three-year contract worth a sky-high $23 million per year in front of news division employees at a town hall, saying, "I condemn those remarks. There is no place on our air or in this workplace for them."

Rumors circulated earlier this month that the NBC staff was anticipating Kelly’s departure from mornings following weak ratings and a series of on-air snafus. Kelly formerly told a “Will & Grace” fan that “the gay thing” would "work out great" for him and escalated a feud with Jane Fonda over plastic surgery, to name a few. It also was not the first time that Kelly had made racially-insensitive comments. At Fox, for example, she infamously argued that both Jesus and Santa Claus were white.

In an opinion piece for Salon, Amanda Marcotte previously wrote about that very topic:

Leaving aside the fraught question of whether there is a Santa Claus, his legend is apparently based on a man born in Turkey. Jesus, if he existed, was a Middle Eastern man who lived long before the concept of "whiteness" was invented. More importantly, both figures can safely be understood more as mythical than historical, and subsequently can be interpreted to look however people like … It was just a matter of time before Kelly said something obnoxiously racist on the "Today" show.