"You are not welcome": Jewish community leaders do not want President Trump to come to Pittsburgh 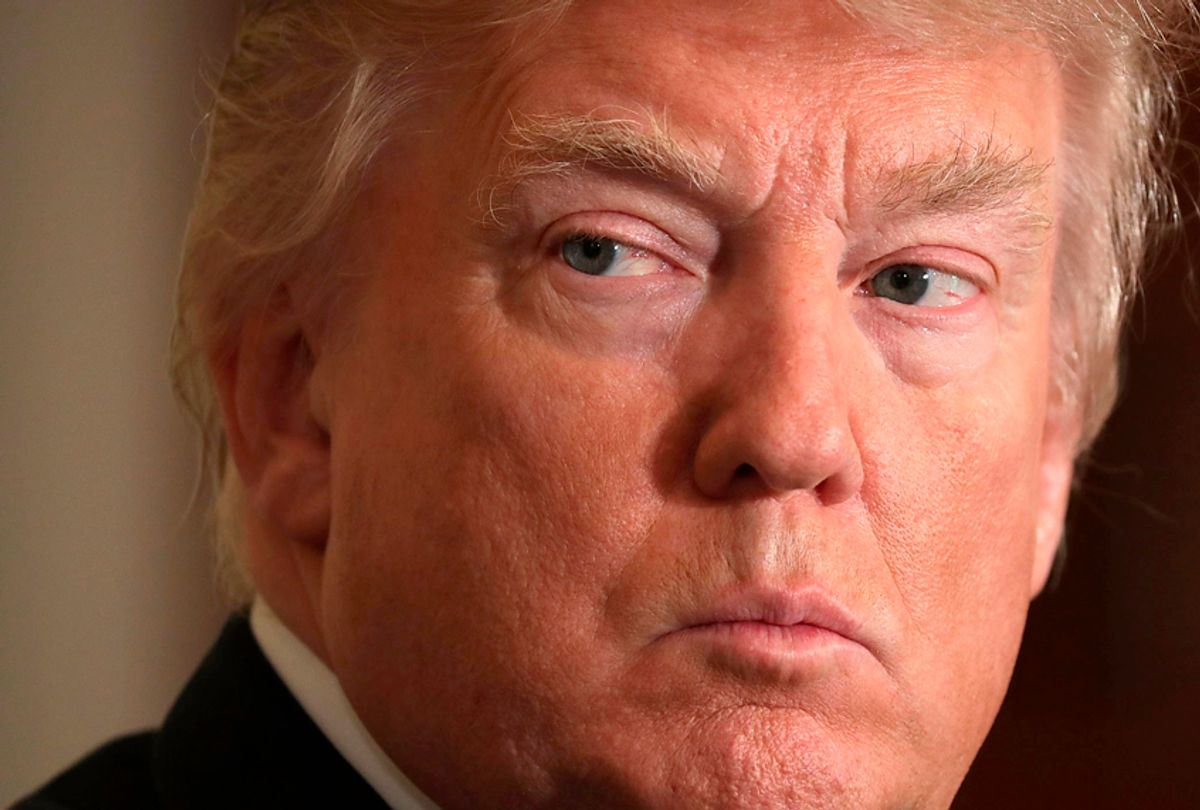 A group of Jewish leaders in Pittsburgh have written a letter to President Donald Trump making it clear that he will not be welcome in their city until he takes responsibility for his own hateful rhetoric.

The letter, which was written in the aftermath of the Tree of Life synagogue shooting on Saturday that left 11 people dead, was published by Bend The Arc. After expressing grief for the lives lost and ruined by the shooting on Saturday, the signatories argued that Trump's words and policies have a direct responsibility for what happened at that synagogue.

"For the past three years your words and your policies have emboldened a growing white nationalist movement. You yourself called the murderer evil, but yesterday’s violence is the direct culmination of your influence," the letter argued. "President Trump, you are not welcome in Pittsburgh until you fully denounce white nationalism."

It also condemned Trump for his words and deeds attacking "people of color, Muslims, LGBTQ people, and people with disabilities." In addition, the letter pointed to how suspect Robert Bowers singled out the Jewish refugee service HIAS in a public statement, indicating his belief that there is a connection between "the Jews" in general and the caravan of Central American migrants currently heading toward the US-Mexico border.

"President Trump, you are not welcome in Pittsburgh until you cease your assault on immigrants and refugees," the letter declared. "The Torah teaches that every human being is made b’tzelem Elohim, in the image of God. This means all of us."

It added, "In our neighbors, Americans, and people worldwide who have reached out to give our community strength, there we find the image of God. While we cannot speak for all Pittsburghers, or even all Jewish Pittsburghers, we know we speak for a diverse and unified group when we say: President Trump, you are not welcome in Pittsburgh until you commit yourself to compassionate, democratic policies that recognize the dignity of all of us."

Rabbi Jeffrey Myers of the Tree of Life synagogue, which was targeted in the attack, told CNN on Monday that he plans on standing strong despite the recent violent attack against his congregation.

"We are a Tree of Life and, as I've said before to many, you can cut off some branches from our tree, but Tree of Life has been in Pittsburgh for 154 years," Myers told CNN. "We're not going anywhere. We will rebuild and we will be back stronger and better than ever. I will not let hate close down my building."

When asked if he would accept Trump at his synagogue should the president decide to visit, Myers announced that he was open to the idea.

"The President of the United States is always welcome. I'm a citizen, he's my president. He is certainly welcome," Myers told CNN.