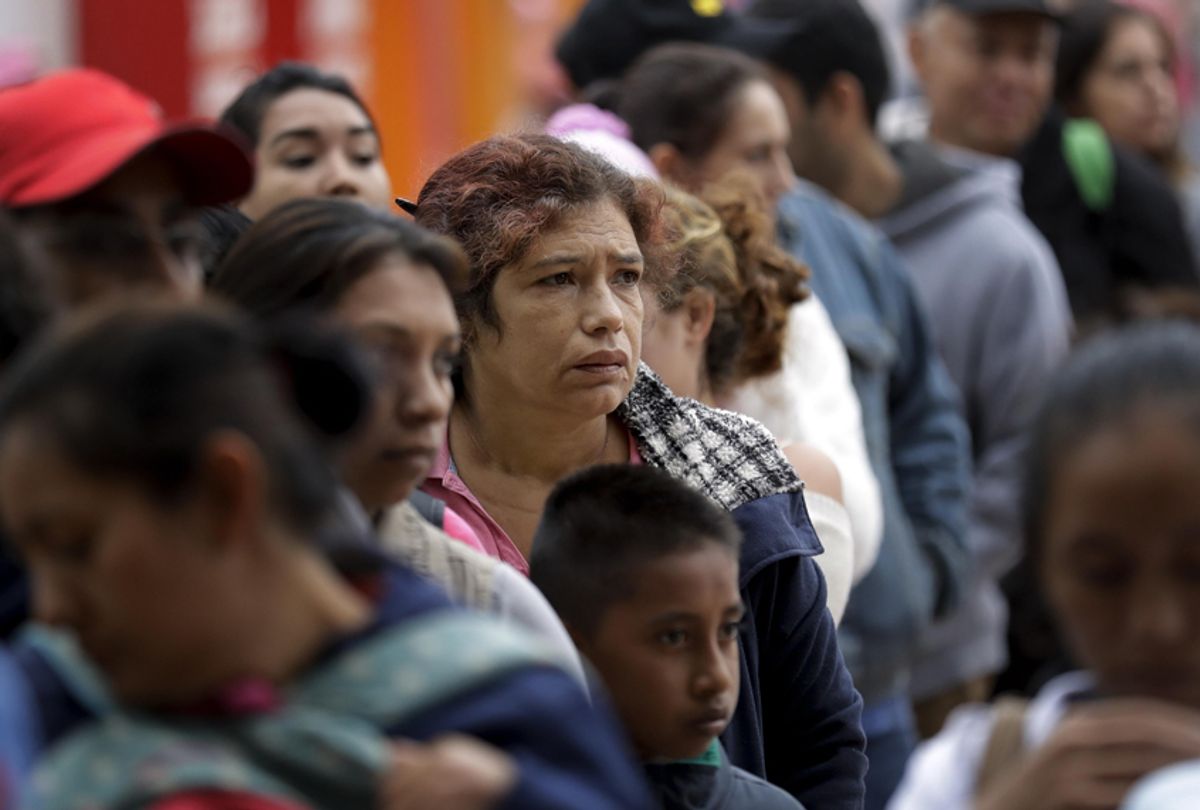 One week before the midterm election this November, the U.S. military has announced that it will deploy an additional 5,200 troops to the U.S.-Mexico border to tackle a migrant caravan that President Donald Trump has labeled a "national emergency."

"By the end of this week, we will deploy over 5,200 soldiers to the southwest border. That is just the start of this operation. We'll continue to adjust the numbers and inform you of those," U.S. Northern Command and North American Aerospace Defense Command head Gen. Terrence O'Shaughnessy said at a press conference on Monday.

The deployment, known as Operation Faithful Patriot, will be to "flow in our military with a priority to build up southern Texas, and then Arizona, and then California . . . to harden the points of entry and address key gaps in areas around the points of entry," O'Shaughnessy said.

The troops will join the thousands of Border Patrol agents already stationed at the border as part of Operation Secure Line. The troops are also an addition to the 2,100 National Guard soldiers that were already spread across the border, who were sent under an order from Trump in April, as part of Operation Guardian Support, to support Customs & Border Patrol officers. All told, there will be more troops at the border responding to a migrant caravan than stationed in Iraq and Syria, according to The Wall Street Journal.

"As we sit right here today, we have about 800 soldiers that are on their way to Texas right now" to "harden and secure the border" at and between points of entry, O'Shaughnessy said. He added that the soldiers deployed will be armed and that more will follow by the end of the week. O'Shaughnessy said specific request for assistance "is for the active duty military to enhance the capacity and capabilities of [Customs and Border Protection] by providing robust military capabilities."

Defense Secretary James Mattis approved a request from the Homeland Security Department to send additional troops on Friday. The request came after President Trump vowed to dispatch active duty troops to stop a caravan of migrants traveling from Central America to the U.S.

The announcement has elicited swift pushback from human rights organizations, including the American Civil Liberties Union, which accused Trump of using the military to advance "his anti-immigrant agenda of fear and division" before the midterm election, in which a "blue wave" is supposedly coming to push Congress toward a Democratic majority.

"This harmful action is nothing more than Trump's latest aggression against immigrant families with children who seek our protection. These migrants need water, diapers and basic necessities — not an army division," Shaw Drake, policy counsel for the American Civil Liberties Union Border Rights Center in El Paso, Texas, said in a statement. He called sending active military troops to the border a "huge waste of taxpayer money" and an "unnecessary course of action that will further terrorize and militarize our border communities."

"Military personnel are legally prohibited from engaging in immigration enforcement, and there is no emergency or cost-benefit analysis to justify this sudden deployment," he added.

Members of Congress have also greeted the president's response to the migrant caravan with wary responses. Democrats, in particular, have accused Trump of making several false or misleading statements in regard to the migrants, including his comments that the group includes criminals and "unknown Middle Easterners" — a statement he failed to support with evidence.

"The president is not telling the truth when it comes to the people who are in the caravan," Sen. Ben Cardin (D-Md.) told CNN last week, adding that "many are in desperate situations."

"That doesn't necessarily mean they can come live in America," Cardin said, "but we certainly should not be using the language the president is with regards to the caravan." Cardin argued that the nation needs immigration reform instead of weaponizing fear as a tactic to alarm the American public.