"We've got to have some reform in this country," frontman David Shaw tells Salon 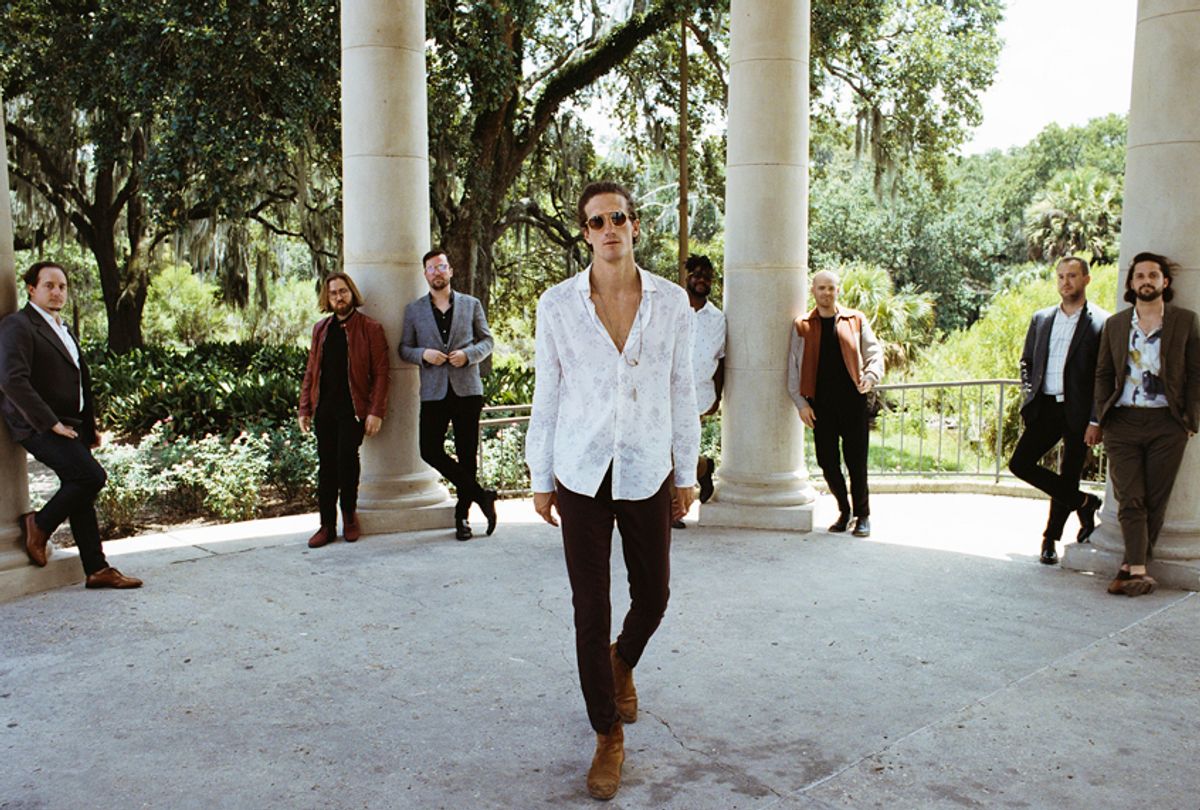 Pittsburgh. Parkland. Santa Fe. Las Vegas. Orlando. Charleston. Before America can catch its breath, another heavily armed gunman wreaks havoc in a school, a nightclub, a music festival, a place of worship.

The Revivalists frontman David Shaw had already started writing a song in response to what felt like everyday gun violence in this country, but then a former student walked into Marjory Stoneman Douglas High School in Florida and killed 17 people. Shaw knew then that he had to do more than just finish the record.

So the rock band created an anti-gun violence anthem called "Shoot You Down," and partnered with Revolutions Per Minute to benefit Everytown for Gun Safety Support Fund, an organization working to end gun violence and build safer communities. The Revivalists, powered by RPM, have released a special edition 7" vinyl edition of the single on Oct. 30, exclusive to independent record stories across the country, to raise awareness and benefit local organizing around the anti-gun violence movement.

"We are honored to have The Revivalists stand with us during this pivotal moment in the gun violence prevention movement," Jordana Baldwin, Deputy Director of Cultural Engagement at Everytown for Gun Safety, said in a statement.

The 7" arrives ahead of the band's upcoming album "Take Good Care," out Nov. 9. Today, Salon is premiering a live video of "Shoot You Down," filmed at the band's concert at Red Rocks in Morrison, CO last month.

And the violence has not ended. The list of mass shootings that motivated The Revivalists to write and record this single continues to grow. On Saturday, a gunman entered a synagogue in Pittsburgh and killed 11 people. "Our whole hearts are with the victims of the shooting at the Tree of Life Synagogue in Pittsburgh as well as their friends, family and all those affected. It’s heart-wrenching to see this happening in our country," Shaw said. "It’s time to create real change to address the gun violence in our society, and I know that together we can."

Earlier this month, Salon spoke with Shaw about the making of the song and why The Revivalists felt compelled to join the larger movement.

"Can we for once just live with no guns/ and I tell, tell no lies/ we’re not born to just die." Talk to me about "Shoot You Down," why you wrote it and what those lyrics mean. Those really stood out to me when listening to the song.

It’s an honest song, straight from the heart; how I was feeling at the moment when I wrote it and when we wrote it, because the song went through a few different iterations. I started the song and then [I realized] I think there’s a bigger meaning to this. I brought it to some of the band's guys, Andrew [Campanelli] and Zack [Feinberg] and also a good writer of mine, Chris Gelbuda, but basically, I was just fed up. That line in there, "Can we for once just live with no guns," I was just angry about all the violence, all the killings. I mean, we got a problem in this country. It needs to be talked about. I’m not going to say that I’m completely anti-gun. I’m not completely anti-gun. That line, obviously, is pretty anti-gun, but in that moment I’m pissed off. Something’s got to change. Something’s got to give.

We’ve got to have some reform in this country. We can’t keep playing down and letting these politicians who are getting their pockets lined by these gun lobbyists. I just feel we’ve got to do our part to push that meter, move us forward as a people. If one of these people hears this song that has the ability to bring some kind of change at a higher level, then that can start the ripple effect. I truly believe that that’s the way these things can happen.

I interviewed one of the Parkland student activists last week, and she tells me that that is one of the biggest misconceptions of the movement. They are not anti-Second Amendment. It’s not trying to take away all people’s guns, but just literally common sense gun reforms. Can you talk about how the Everytown Partnership came about?

Well, we knew that we wanted to do something with this song. When you write a song like this it’s like, OK, you just put it on the album and let it do its own thing, which is great. That’s totally fine, a lot of bands do that. We had the idea, because obviously that had just happened, the Las Vegas shooting. It was like happening once a month, honestly. I mean, it’s still happening. We thought, all right, we need to really join this cause. We need to do this. We need to get involved in a way that matters to us and in a way that we can kind of get in there a little more than just like putting the song on an album and letting it do its own thing. I think that this change requires action.

We’re making 2,000 of these [singles] and we are matching the donation for all of this. However many get sold, that’s how much money is going. We’re not trying to keep any inkling of it, because I’m vehemently opposed to anything like that, absolutely not.

This is straight from the heart, straight for the people. It’s just where we’re at. It’s the right thing to do.

As you become engaged in this movement, what has surprised you most about the gun reform movement or of the backlash against it?

Honestly, I’m not very surprised about the backlash. I think there’s a lot of misunderstanding, honestly. A large part of this movement needs to be about educating people that don’t understand what the movement is even about.

For some people I think it certainly is an education discrepancy, but for some people, it seems to me to be a willful misrepresentation, because people have been saying the same things over and over: "This is not about taking away all the guns. This is about sensible, common sense gun reform." And if you’re still saying, "they want to take away our guns, they want to take away our guns," it seems to me like you're just not interested in listening.

That is where a different form of communication needs to be applied to the conversation.

You get two people together. One has a different opinion [from] the other. If they’re not educated, understanding, emotionally intelligent human beings, a lot of times you’re just going to get two people talking at each other, neither of them necessarily listening to either side.

It’s really important to have music in general. It connects to another thing, humanistically, that has the power to get in there, bring a tear to someone's eye, who is vehemently opposed to our movement.

Yes, certainly music has always been a vehicle for social change.

Honestly, I think it’s tougher nowadays than it was in the '60s or '70s because you just have so much more music and everyone’s so much more connected. Everyone’s seeing so many more things at every given moment — it’s really tough to break through the status quo. To break out of the peripheral and come into someone’s gaze, it’s tough.

I know what you’re saying — with the internet, it feels like even though we all have more access, it kind of is like an echo chamber. I told you I was speaking to one of the student activists from Parkland and she said being a teenager is really different nowadays. They feel like they can’t just be kids anymore, but they’re creating social movements because they have to. Did Parkland open up your eyes or was it the final straw of rampant mass shootings that you were seeing?

I think my eyes were opened to it. I started writing this song way before that, like almost a year and a half before that  [Parkland.] Definitely I was on it.

Yes, social media is an amazing vehicle for everyone to interact with each other, but you also get that bystander effect thing and also that numbing-out effect. You see that thing every day, you hear on the news, "Oh, shooting here, shooting there. Someone was killed." But you can get that sense of, "Oh my God, OK, I’m either just one of the masses here or I’ve got to get out and I’ve got to do something for this situation."

Do you have a message for young people who feel like their schools aren’t safe and we, the adults, haven’t been fighting for them?

I’m almost double the age of some of these kids in school and I know how it was when I was in school. I don’t want to be too cliché about this, but just give love, because that’s the only way. Be understanding and give love. If you have a difference with a classmate or somebody, don’t just write that off. Communicate with your classmates. Communicate with your friends.