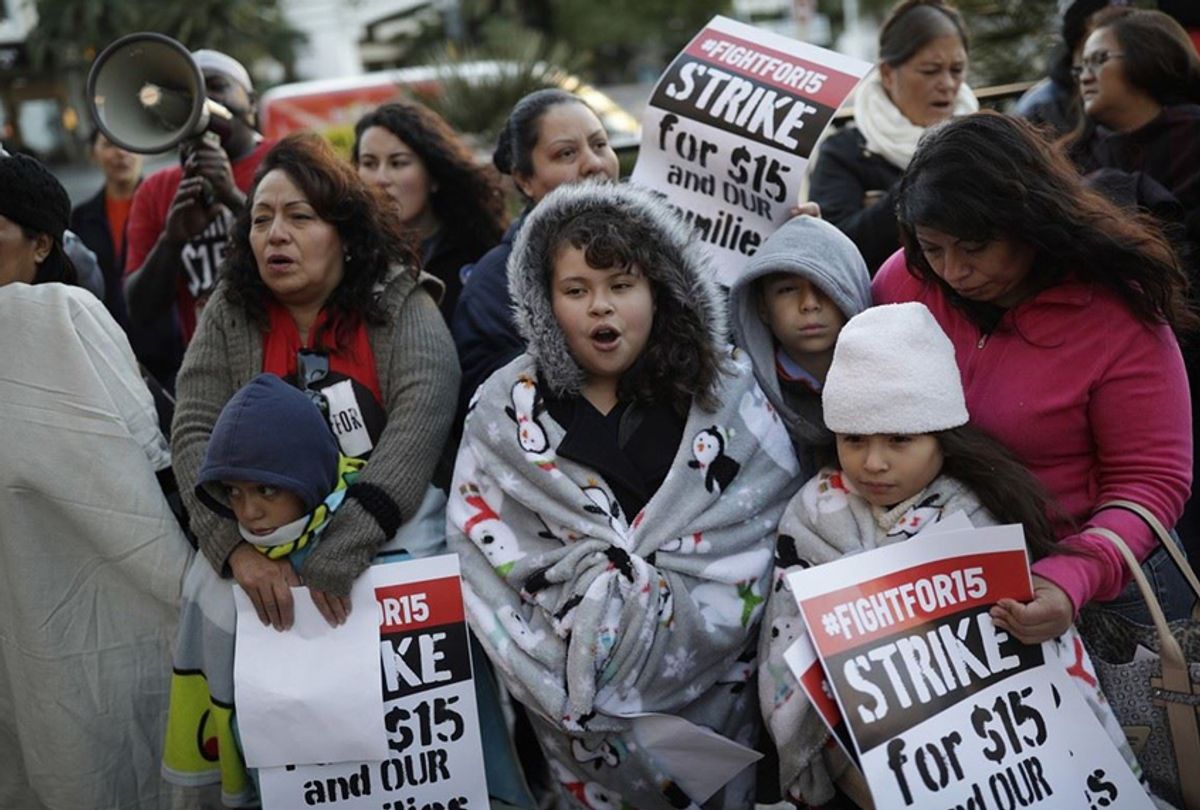 An all-Republican panel of President Trump’s National Labor Relation Board (NLRB) recently ruled that janitors in San Francisco violated the law when they picketed in front of their workplace to win higher wages, better working conditions and freedom from sexual harassment in their workplace. The ruling could result in far-reaching restrictions on picketing that limit the ability of labor unions to put public pressure on management.

The NLRB reached its conclusion by using the complex and convoluted employment structure created by the janitors’ employers. The janitors were technically employed by one company, Ortiz Janitorial Services, which was subcontracted by another company, Preferred Building Services, to work in the building of a third company.

This type of confusing employment relationship is increasingly common, resulting in workers being put in a position where it’s difficult to negotiate higher wages and better working conditions, or protect their basic employment rights.

The NLRB based its decision on a particularly onerous provision in federal labor law that prohibits employees from engaging in boycotts, pickets or other activities that are aimed at a secondary employer. The provision was added as part of the 1947 Taft-Hartley Act, taking away one of labor’s most powerful weapons.

In this case, the NLRB overturned an administrative law judge’s ruling that because the second company had significant control over the employment relationship, it constituted a joint employer. The judge based her conclusion on evidence that Preferred Building Services was involved in the hiring, firing, disciplining, supervision, direction of work, and other terms and conditions of the janitors’ employment with Ortiz Janitorial Services. Therefore, both Ortiz and Preferred acted as joint employers to the janitors.

This matters because if the various companies were joint employers, there were no prohibited secondary activities. But the NLRB held that the janitors worked for the subcontractor, and any actions aimed at any other company was illegal under the law.

What is remarkable about this case is how it makes things much worse for workers by only subtly reinterpreting the law. It takes a narrow read on the joint employment doctrine and thereby limits workers’ right to picket. And, as a result, many workers in what former U.S. Department of Labor Wage and Hour Administrator David Weil has termed “the fissured workplace” will find it difficult to vindicate their rights. Ultimately, this case shows how many basic fundamental rights associated with the First Amendment workers are prohibited from engaging in.

At their picket line in San Francisco, the janitors held signs demanding a municipal minimum wage increase, complaints about the companies’ labor practices and demands to stop sexual harassment. If any person other than the janitors had engaged in such a picket, their activities would clearly be protected under the First Amendment. However, because the NLRB found that these janitors “engaged in picketing with a secondary object prohibited by Section 8(b)(4)(ii)(B)” of the NLRA, these workers had run afoul of the law.

In 1984, labor law scholar James Gray Pope used the imagery of a ladder to highlight the absurdity of how the law treats workers’ picketing and speech rights as compared to how the law treats these activities for everyone else. “On the ladder of First Amendment values,” Pope explained, “political speech occupies the top rung, commercial speech rests on the rung below, and labor speech is relegated to a ‘black hole’ beneath the ladder.”

The First Amendment “black hole” for labor rights has become more apparent with the Supreme Court’s Janus decision, which created an onerous free-speech carveout breaking with decades of precedent for how to treat public sector workers’ free speech.

The NLRB’s recent case restricting the picketing rights of subcontractors, temps and other workers who do not have a single direct employment relationship is a further sign that the labor board will continue limiting its joint employer doctrine. This will make it more difficult or even impossible for many workers to have any meaningful voice in the workplace. But the case also highlights some of the core problems of labor law as it currently exists. By being included under the NLRA, workers lose basic rights that all other Americans enjoy.

In addition to pushing for the NLRB to prevent employers from evading liability through a complex web of subcontractors, labor needs to push their way out of the First Amendment black hole that workers have been in for over 70 years.