The Democrat, Bredesen, is better liked than his GOP rival, Blackburn. Why does he trail her in a one-on-one race? 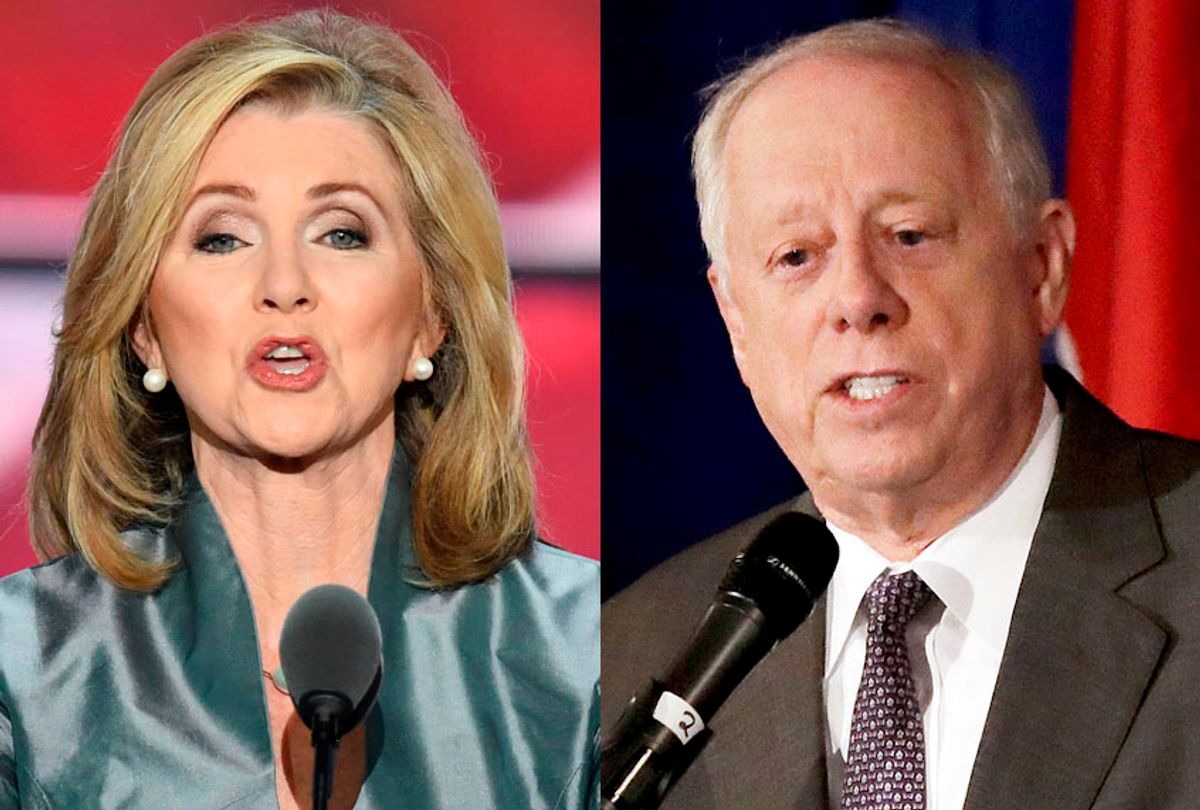 Republican Rep. Marsha Blackburn has a narrow lead over Democrat Phil Bredesen in Tennessee's closely-watched Senate race, according to the results of a new NBC/Marist poll published Tuesday.

The survey found that Blackburn tops Bredesen by five points — 51 percent to 46 percent among likely Tennessee voters and by a similar 49 percent to 46 percent among registered voters. The slight advantage for Blackburn in the race to fill Sen. Bob Corker's seat could partly reflect the fact that a majority of Tennessee voters approve of the way that President Donald Trump is handling his job as president, according to the poll.

Blackburn has made inroads since a previous NBC/Marist poll of Tennessee was released in early September, when Bredesen led 48 percent to 46 percent among likely voters. That poll was conducted between Aug. 25 through Aug. 28.

Blackburn's slight edge comes even as her positive favorability ratings trail Bredesen, who was a popular governor when he served for two terms from 2003-2011. The Democratic candidate has a positive 52 percent favorable to 39 percent unfavorable rating among likely voters, with nine percent unsure. Blackburn's favorability rating among likely voters is split 45 percent favorable to 46 percent unfavorable, with 17 percent unsure.

And while both candidates are viewed more favorably than unfavorably, their popularity has taken a hit in the closing two months of the election, according to the survey. While Blackburn's favorability rating has not changed significantly from the 46 percent rating she received in September, her unfavorable rating is up from 36 percent.

Meanwhile, Bredesen's 52 percent rating has declined from the 61 percent he received in September. In addition, his unfavorable rating has jumped from 22 percent to 39 percent. NBC News pointed out that this could be a result of the more than $50 million Bredesen and Blackburn have spent on attack ads in the lead up to Election Day.

"The Senate contest in Tennessee presents an unusual picture in that the Democrat, Bredesen, is better liked than his Republican opponent Blackburn, yet trails in the head-to-head matchup," Dr. Lee M. Miringoff, Director of The Marist College Institute for Public Opinion said in a statement. "Shaping this contest is the popularity of President Trump and the desire of Tennessee voters to keep the GOP in control of Congress."

Blackburn's narrow lead may also be a hint of political reality for Democrats running in red states like Tennessee, where President Donald Trump won by 26 points in 2016. The poll's sample shows that 43 percent of likely voters identify as Republicans, while just 27 percent identify as Democrats.

As of this writing, FiveThirtyEight gives the Democratic Party a one-in-seven chance of regaining control of the Senate in November.