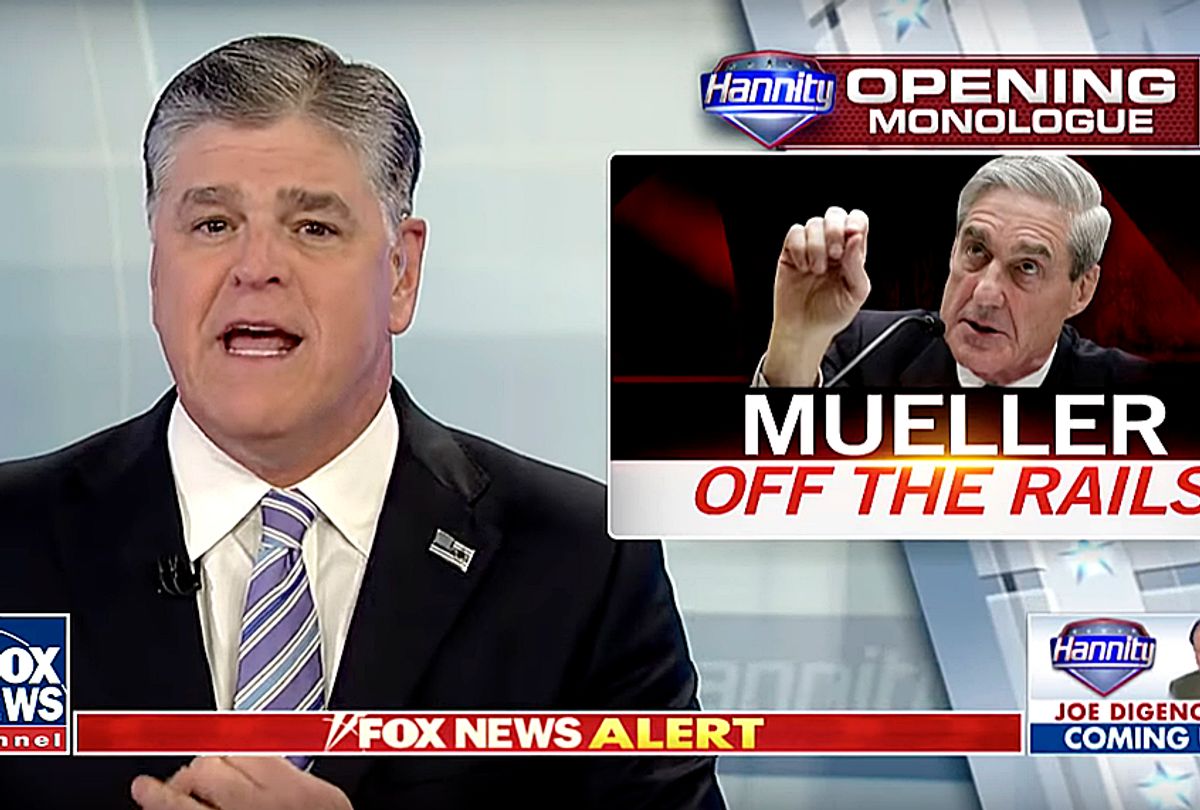 The spread of “false flag” conspiracy theories exemplifies how the mindset of secret intelligence agencies has spread to American political life.

This is not to say that there is any basis for the right-wing conspiracy theories about the Florida man arrested in connection with suspected mail bombs sent to prominent critics of the Trump administration. Or about the Parkland High students. Or the Sandy Hook shootings. There is none. They are, as John Oliver notes, “wild speculation.”

False flag theories are not just a way of denying the plain facts but of reversing their meaning to confound your enemy. Since the suspected mail bomber is a fervent supporter of the president, imputing his bomb-mailing spree to say, George Soros, deflects the blame onto the left. The rhetoric of “false flag” operations is itself a false flag.

But it is only the historical reality of the U.S. government’s false flag operations that makes the weaponization of the term possible. When the Washington Post writes about “false flag” discourse, this history is entirely omitted, the better to demonize “conspiracy theorists.”

In the Post’s ahistorical perspective, false flag operations are something only crazy people believe in, ergo, the president’s supporters are crazy. Some, like Cesar Sayoc, do seem to be clinically ill. But many are not. They may just have long memories of being lied to by Washington.

Since 2004, Google searches for “false flag operations” have flared constantly. 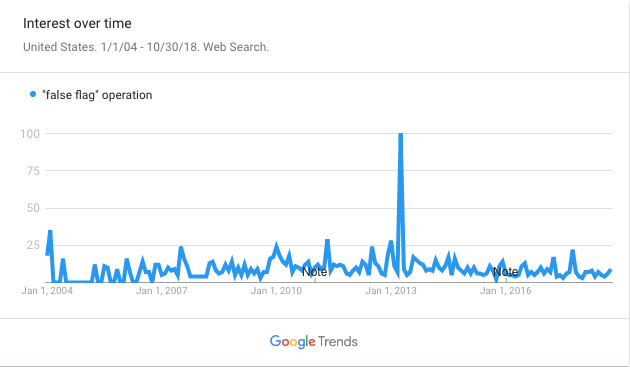 Note from GoogleTrends: “Numbers represent search interest relative to the highest point on the chart for the given region and time. A value of 100 is the peak popularity for the term. A value of 50 means that the term is half as popular. A score of 0 means there was not enough data for this term.”

What is hard for the Post editors to contemplate is that Americans have been taught by their government that false flag conspiracy theories are not always a fantasy.

The CIA has used false flag operations from its inception in 1947.

As I recount in the my book The Ghost(now out in paperback), CIA counterintelligence chief James Angleton began opening the mail of persons suspected of communist or subversive activities on a massive scale in 1958. He shared the take with FBI director J. Edgar Hoover, and the Counterintelligence Program, known as COINTELPRO, took off.

From 1958 to 1974, the CIA and FBI mounted numerous false flag operations against civil rights, antiwar and pro-Cuban organizations. Government operatives would take embarrassing or extreme actions in their name, the better to discredit them. These were government-led conspiracies, and there was nothing theoretical about them.

When such operations were exposed by Senate investigators in the 1970s, the American people learned the reality: that the CIA and NSCA used false flag tactics to create an “incident” in the Gulf of Tonkinin August 1964 that was used to justify escalation of the war in Vietnam.

A new generation of Americans re-learned the lesson after the 2003 invasion of Iraq when the Bush-Cheney White House used a forged letter to create the impression Saddam Hussein was seeking to obtain material for nuclear weapons.

In the 2016 presidential election, only one candidate made an issue out of how President George W. Bush used bogus intelligence to justify a catastrophic invasion to destroy the non-existent threat of Iraqi weapons of mass destruction (WMD). That candidate was Donald Trump. His factually accurate attack (a rare thing) on Jeb Bush helped him win the South Carolina primary and the Republican nomination.