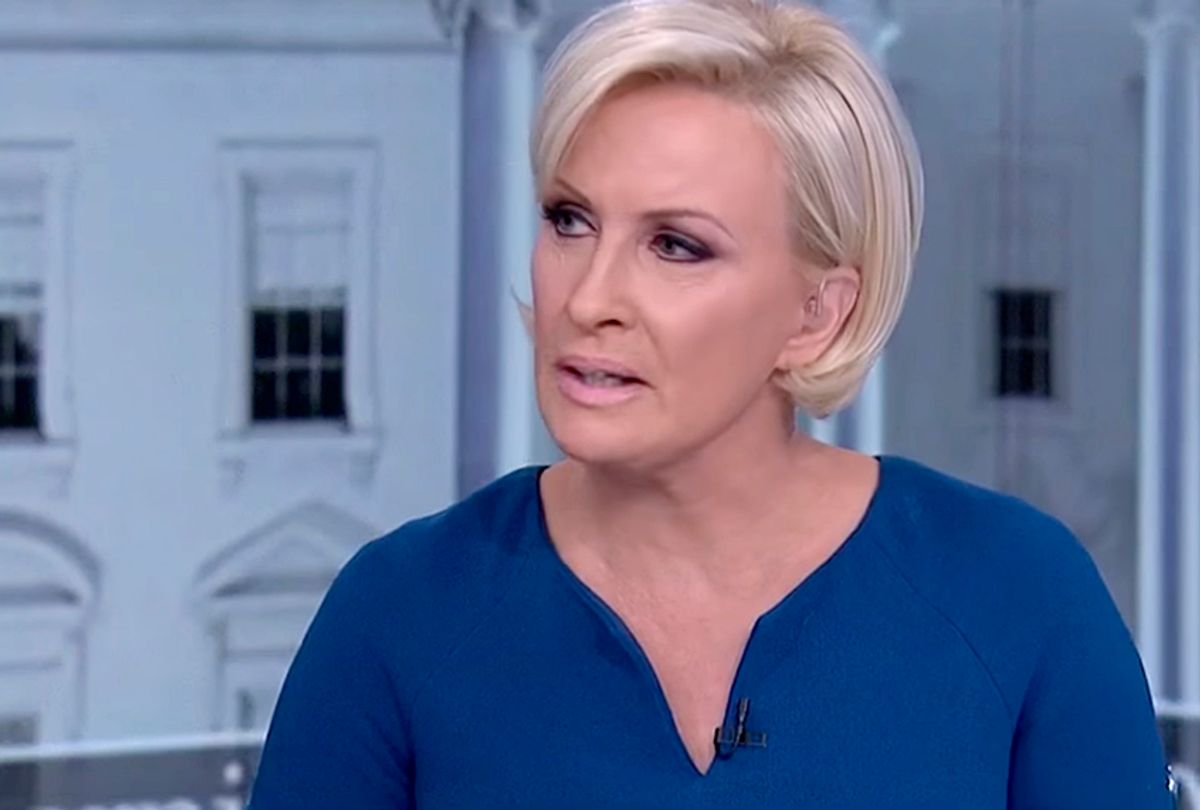 The president has been hyping an immigrant caravan in southern Mexico as an imminent threat requiring a military response, and his campaign released a new ad accusing Democrats of allowing an undocumented immigrant to return to the U.S. and kill two California deputies.

“He’s flailing all over the place, whether it’s racist-based policies — I’ll put quotes around that, because a lot of what he’s saying that has racist tones to it isn’t even possible,” Brzezinski said. “I don’t even know where to again in terms of describing a president who wants to put 15,000 troops, the size of the troops in Afghanistan or less to a border to receive a caravan of men, women, children (and) babies that is not even close to the border at this point.”

“This is a scam being perpetrated by the president based on the fact that there’s a dwindling group of truly desperate people, still hundreds of miles away from the border, en route to the border,” Barnicle said. “If anyone would know that it was a scam as well as a horrible and expensive misuse of the secretary, it would be Secretary of Defense (James Mattis)."

“I go back to the ’68 campaign,” Barnicle said. “I’ve never seen the use of fear and division being employed by a leader on a daily basis.”