Sen. Marco Rubio tried to blame both sides. Max Boot isn't having it 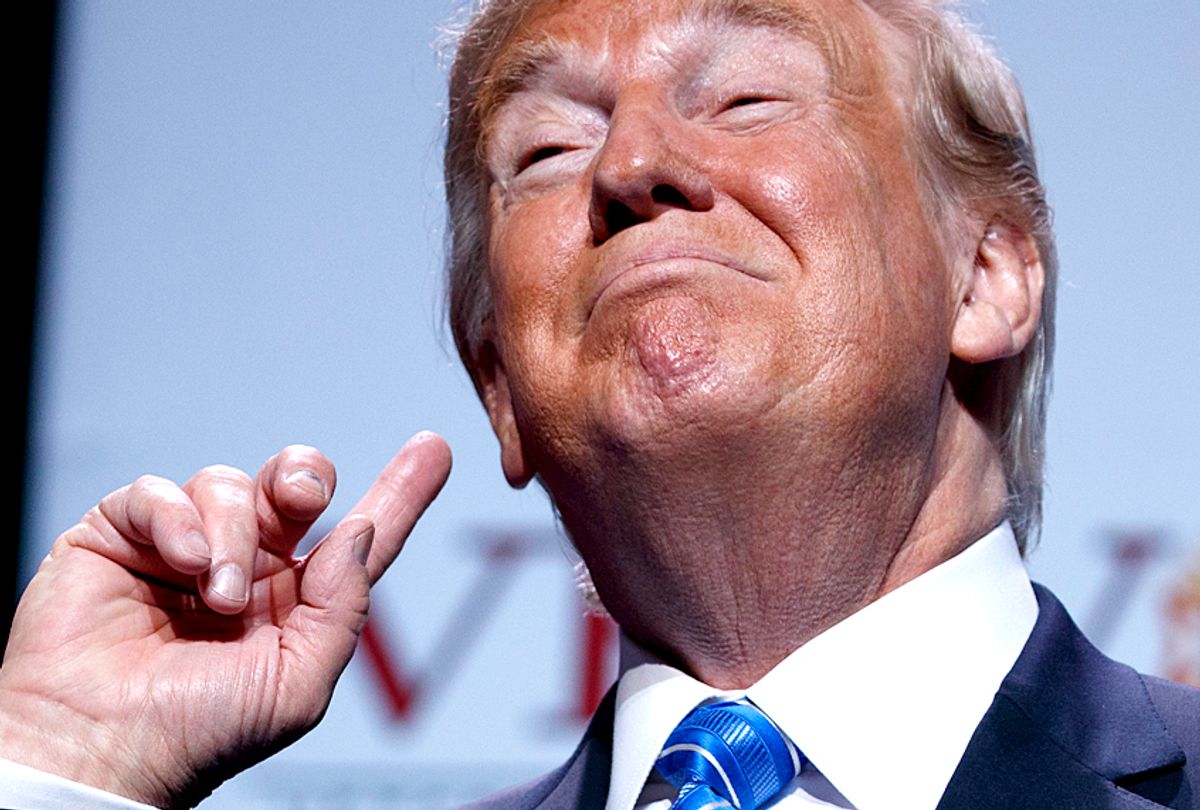 Critics of President Donald Trump and the GOP's inflammatory rhetoric and willingness to pander to the most fringe and vile elements of their base in the wake high-profile partisan and extremist violence are facing a familiar reply: Both sides do bad things, so there's no use in blaming the right wing any more than we blame the left.

Sen. Marco Rubio (R-FL), for instance, suggested that it was just as bad to think the mail bomber who targeted Democrats and CNN was a "false flag" operation as it is to accuse Trump of having any culpability in the attack, given the suspect's clear fondness for the president's most vicious attacks and hatred of his critics.

But as conservative and ex-Republican Max Boot argued in a new Washington Post column, this is a completely vacuous claim.

It should "be clear to all that holding the president of the United States to account for his hateful rhetoric is not the same thing as subscribing to lunatic 'false flag' conspiracy theories that ricochet around the right-wing world," wrote Boot. "In their eagerness to protect their leader, Republicans are guilty of the very sin they have spent years decrying — false moral equivalence."

He added: "Extremism has been present in America for a long time. But Trump is applying a match to the kindling."

Boot argued that he does not appreciate forms of what he sees as "incivility" on left-leaning activists — protests of administration officials at restaurants, for example, or comparing Trump to Hitler.

And yet in his view, none of that is comparable to Trump's misdeeds:

Trump calls Democrats “evil” and “crazy.” He accuses them of being “treasonous” and “un-American.” He claims they are in league with MS-13 gang members. He says they are trying to open our borders to criminals and to turn America into Venezuela — a bankrupt socialist dictatorship. He denounces the media as “the enemy of the people.” He applauds a congressman who assaulted a reporter and calls for his political opponent to be locked up. He singles out minorities such as Waters for opprobrium, and he promotes anti-Semitic conspiracy theories that hold George Soros responsible for everything from the Central American caravan to protests against Brett M. Kavanaugh.

When Trump talks about “globalists,” the far right hears “Jews.” When Trump says there were “fine people” on both sides in Charlottesville, the far right hears official approval. There is so much anti-Semitic filth online now. I see it every day on Twitter and in my email inbox. Normally I tune it out. Just background noise. But others are listening.

And Trump continues his incendiary rhetoric even after the tragic consequences have become clear. On Friday, after a pro forma denunciation of political violence, Trump laughed as a group of black conservatives at the White House chanted “Fake News!” He echoed their chants of “Lock him up!” about Soros. Hours later, he presided over a rally in Charlotte, where supporters chanted “CNN sucks.” Asked by reporters whether he would tone down his hateful rhetoric, he defiantly replied, “I could really tone it up.” Asked if he bore any responsibility for what is happening, he answered, “There’s no blame. There’s no anything.”

Trump has not only failed to be the unifying and comforting figure that a president can be in a time of crisis; he has failed to adjust his worst impulses even after seeing what terrible outcomes they can contribute to. His attempts to be "presidential" are obviously forced and insincere, and even when he toned down his attacks at a recent rally, he made it clear to his supporters that he didn't actually care by joking: "Do you see how nice I'm behaving tonight?"

It's long been clear Trump was an abominable aberration from the usual decorum shown at the top levels of politics — a fact Republicans widely acknowledged before he won the party's presidential nomination. They should be able to admit it now and hold him to account.