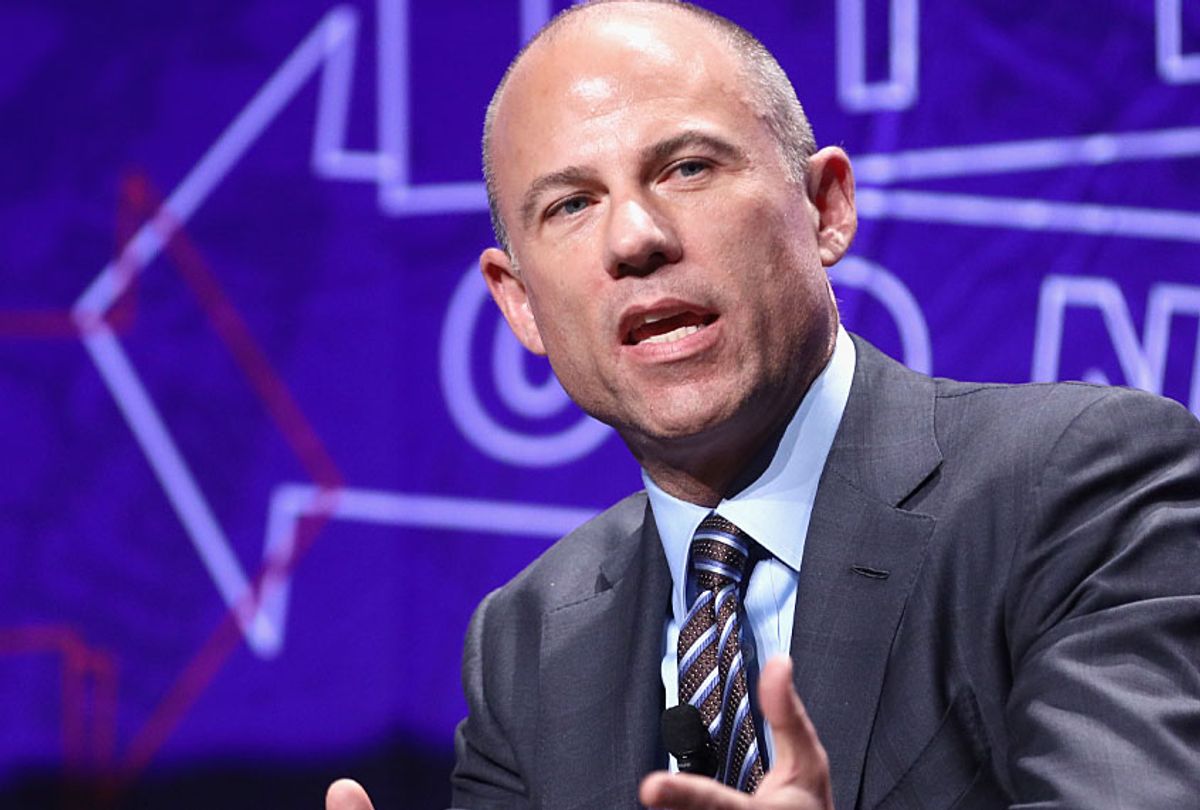 Michael Avenatti launched his first political ad on Thursday, offering a less than subtle hint about his future ambitions.

In the ad, Avenatti urges Americans to harness their anti-Trump anger and cast a ballot on Election Day. The spot begins as a diverse cast of individuals repeats, "We the people," until one says, "are mad as hell and we're not going to take it anymore."

"Enough with the lies," one person says directly into the camera.

"Enough with the bigotry," another says. "

If you put big money first and us second, your time is done," another says.

The ad, which was released on Twitter on Facebook, with a shortened version on Instagram, highlights Avenatti's "fight club" theme, which he has previously suggested is the only way Democrats can beat Trump in 2020. Earlier this year at a Democratic fundraiser in Iowa, Avenatti said, "What I fear for this Democratic party that I love is that we have a tendency to bring nail clippers to gunfights." He added, the Democratic Party "must be a party that fights fire with fire."

The ad concludes with Avenatti looking into the camera, echoing his "We fight harder" theme.

"Our constitution says 'We the people, not 'Me the president,'" Avenatti says. "Stand up. Join the fight club. Use your vote as your voice on November 6." Below Avenatti's image, his name appears alongside the description "Founder, The Fight PAC."

While the spot didn't mention Donald Trump by name, it's clear that the president and his administration are the targets.

The high-profile attorney denied the ad points to his 2020 ambitions. "We concluded that shooting this and releasing this would result in increased turnout, which is critically important," Avenatti told Politico. "The message is, 'We've had enough, we have to take back this country. We have to do that fighting back and turning out to vote.'"

Avenatti, who is best known for representing adult film star Stormy Daniels, would not reveal how much he spent on the spot, only telling Politico that "it's sizable." He also said the video was produced at a discounted rate after Dana Offenbach, founder and executive producer CinemaStreet Pictures, reached out to him about wanting to help his cause.

Although Avenatti hasn't officially announced he's running in 2020, he already has a political platform, a 2020 website, and an increasingly popular stance among anti-Trump voters who are eager to get behind a political boxing match. He previously tweeted, "If (big) [Trump] seeks re-election, I will run, but only if I think that there is no other candidate in the race that has a real chance at beating him. We can't relive 2016."