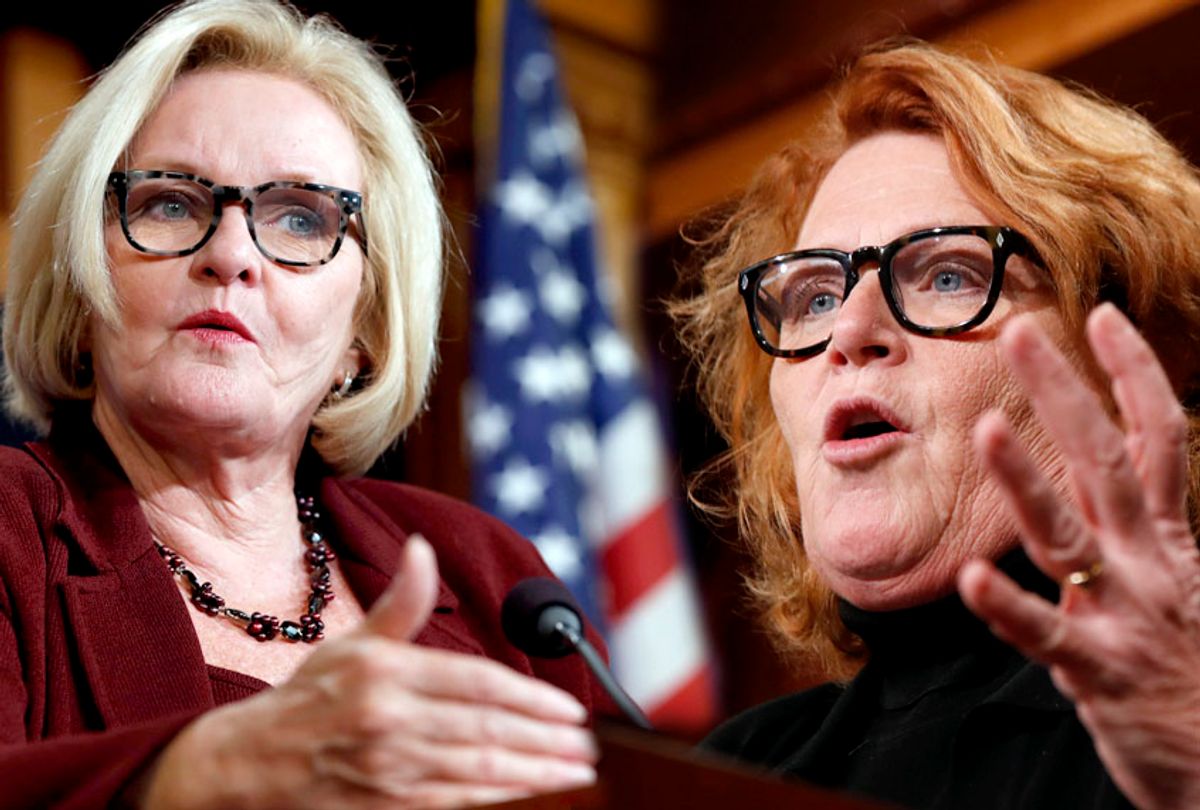 Democrats' prospects of winning the Senate continued to slip this week despite generally good news for their chances of winning control of the House of Representatives.

FiveThirtyEight election forecaster Nate Silver writes that the only way the Democrats will win control of the Senate is a “systematic polling error” among all of the surveys in every race.

The problem for Democrats days ahead of the election is the same problem they had at the start of the midterm cycle: there aren't enough winnable seats available. Even if Democrats win every race rated a “toss-up” by election forecasters, they would still need to win one more race in a red state carried by Trump in 2016, such North Dakota, Texas, Tennessee or Mississippi.

In Tennessee, polls have generally shown Republican Rep. Marsha Blackburn ahead, though several polls have also given Democrat Phil Bredesen, a former governor, a slight edge.

The widely-watched Texas Senate race may be getting closer, as two new polls put incumbent Republican Sen. Ted Cruz's lead at 3 to 4 percent. But the former presidential candidate, who once described Trump as a "sniveling coward, has led Democratic challenger Rep. Beto O'Rourke in nearly every poll.

The Mississippi special Senate election is expected to go to a runoff, with no candidate polling close to the required 50 percent of the vote. Republican incumbent Sen. Cindy Hyde-Smith, who was appointed to succeed Cochran, will be heavily favored in any such runoff election. Democrat Mike Espy is currently polling in the 20s.

There is a decent chance the Democrats could win one of those four races, but they would still need to pick up key toss-up states where polls have not been all that favorable in recent weeks.

In Arizona, both Democratic Rep. Kyrsten Sinema and Republican Rep. Martha McSally have seen polls showing them slightly ahead in the last two weeks, though more recent polls have favored Sinema.

In Nevada, incumbent Republican Sen. Dean Heller trails Democratic Rep. Jacky Rosen in most October polls, except for one outlier that showed Heller up by 6 percent.

In Florida, every poll released in the last 10 days gives incumbent Democratic Sen. Bill Nelson a slight edge over Republican Gov. Rick Scott, albeit by fewer than 3 points.

To have any shot at a Senate majority, Democrats would have to hold Nelson's seat in Florida and also hang onto their seats in West Virginia, Montana and Minnesota. Those three races look safer: Incumbent Sens. Joe Manchin, Jon Tester and Tina Smith, respectively, appear to be ahead.

All these moving parts make for a difficult uphill climb for Democrats next Tuesday, and Silver writes that unless the polls are flat-out wrong, Democrats are unlikely to win the Senate.

But, he cautions, there's always wiggle room. Silver identifies “about a 1 in 7 chance that the polls are wrong enough — and wrong enough in just the right ways — that Democrats win the Senate instead of Republicans.”