Kid's hospitals call on voters for help — do they need it?

Despite the feel-good nature of the requests, health care experts and analysts question the hospitals' cash appeal 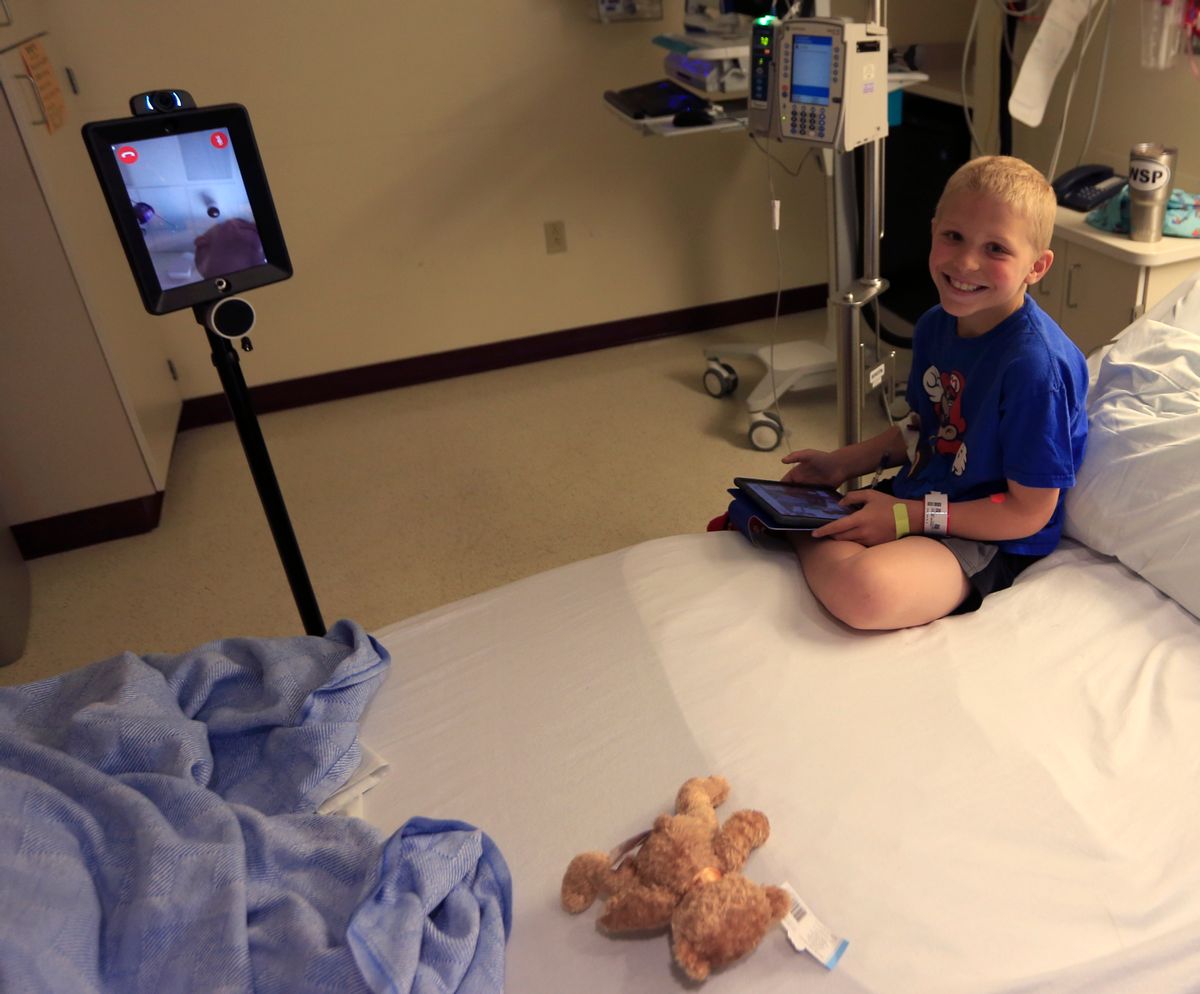 Back in 2004, California’s children’s hospitals asked voters to approve a $750 million bond measure to help fund construction and new medical equipment. In 2008, they asked for $980 million more. Now they’re hoping voters will agree on Nov. 6 to cough up an additional $1.5 billion.

The state’s 13 children’s hospitals treat California’s sickest kids — including those with leukemia, sickle cell disease, rare cancers and cystic fibrosis — so approving their fund-raising requests is an easy “yes” for many voters.

Despite the feel-good nature of the requests, some health care experts and election analysts question the hospitals’ multiple appeals for taxpayer money — and are warning voters to review this year’s proposal with a critical eye.

“I think it’s a misuse of the initiative process for private groups to sponsor ballot measures that are intended to benefit them exclusively,” said Elizabeth Ralston, a former president of the League of Women Voters of Los Angeles who analyzes state finance measures for the group. The league recommends a “no” vote on the measure.

Repeatedly asking taxpayers to pay for the construction of state-of-the-art facilities is not standard practice, according to critics who believe it raises questions about financial accountability — and whether the hospitals truly need some of the projects on their wish lists.

This pattern “could leave children’s hospitals with little incentive to control their costs,” said Ge Bai, a professor at the Johns Hopkins University Carey Business School, who added that each hospital should take care of itself.

The initiative, Proposition 4, needs a majority vote to pass. The 2004 and 2008 children’s hospital bond measures passed with 58.3 percent and 55.3 percent of the vote, respectively.

The California Children’s Hospital Association said its members can’t afford to pay for their building and technology needs without help from the state’s taxpayers, who would be on the hook to pay off $1.5 billion plus interest. The state Legislative Analyst’s Office estimates that would come to $2.9 billion — or about $80 million a year over the next 35 years.

Private donations often aren’t the answer because donors frequently specify how their money should be used, said Ann-Louise Kuhns, the association’s CEO. The posh playrooms and gardens at some of these hospitals, for example, are completely funded by private donations, she said.

“We do fund-raise, we ask donors to make contributions and we issue our own debt,” Kuhns said. “But it’s hard to completely close that gap for what’s needed … without a little bit of assistance.”

The association, which sponsored the initiative, said the bond measure would help pay for construction, remodeling, equipment and seismic retrofitting at the state’s eight private, nonprofit children’s hospitals and the five that are part of the University of California medical system.

The California Health Facilities Financing Authority would have to approve the hospitals’ use of the bond money. The agency weighs whether projects would expand access and improve patient care but does not determine whether a project is necessary or prudent.

That’s up to the hospitals.

The campaign in support of the bond measure — funded by the nonprofit hospitals themselves — has raised nearly $11 million this year, according to the California secretary of state’s office.

In their last financial reports audited by the state, six of the eight private, nonprofit hospitals reported annual profits ranging from $18 million to nearly $176 million. The bond issuance would provide each with $135 million, regardless of its profits or losses.

Almost three-quarters of the bond proceeds would go to the nonprofits because they have the most beds, but nonprofit hospitals already receive certain perks, Bai explained. For instance, they’re exempt from paying property taxes, as well as state and federal income taxes.

Eighteen percent would be allotted to the UC system hospitals. And the proposal would offer 10 percent in competitive grants for approximately 150 hospitals that aren’t classified as pediatric hospitals, but treat children nonetheless.

The hospitals argue they need to expand because they are facing greater demand for services, as general and community hospitals increasingly transfer their patients to them for specialized pediatric care.

Nancy Kane, a professor in the department of health policy and management at the Harvard T.H. Chan School of Public Health, pointed out that nationwide “many children’s hospitals have the same payer mix, but manage to do this anyway without the government paying for their capital.”

Kuhns said that California hospitals also face deadlines to meet seismic safety mandates. By 2020, they must be ready to withstand a major earthquake, and by 2030, they must be deemed safe enough to continue operating after a quake.

About 28 percent of the beds in the eight nonprofit children’s hospitals do not meet the 2030 seismic standards, so significant investments must be made, she said.

Tim Curley of Valley Children’s Healthcare in Madera said the previous bond measures helped pay for a 60,000-square-foot expansion of operating rooms. If this year’s bond measure is approved, the hospital would consider renovating its laboratories and pharmacy, he said.

At the end of last year, it had just under $28 million in funds remaining from the 2008 bond, a report by the financing authority said.

Loma Linda University Children’s Hospital is still using its share of the 2008 bond to help with the construction of a nine-story tower that will house most departments and labs.

The new tower, expected to be completed by 2021, will help the children’s hospital operate independently of the rest of the medical center — which serves adults —  and meet the growing demand for space, said Scott Perryman, a senior administrator.

But Ralston, with the League of Women Voters, said Californians should consider whether the money could be better used elsewhere.

“You’re committing state money,” she said, “and that means that’s money not spent on something else” like affordable housing or aging roads.

Should voters nonetheless approve this third bond measure, Bai wonders if and when the requests for taxpayer money will stop. “There are always new things to buy,” she said.