Charities are taking digital money — but there are risks

Charities are accepting millions — billions — of dollars worth of digital assets. But this could backfire 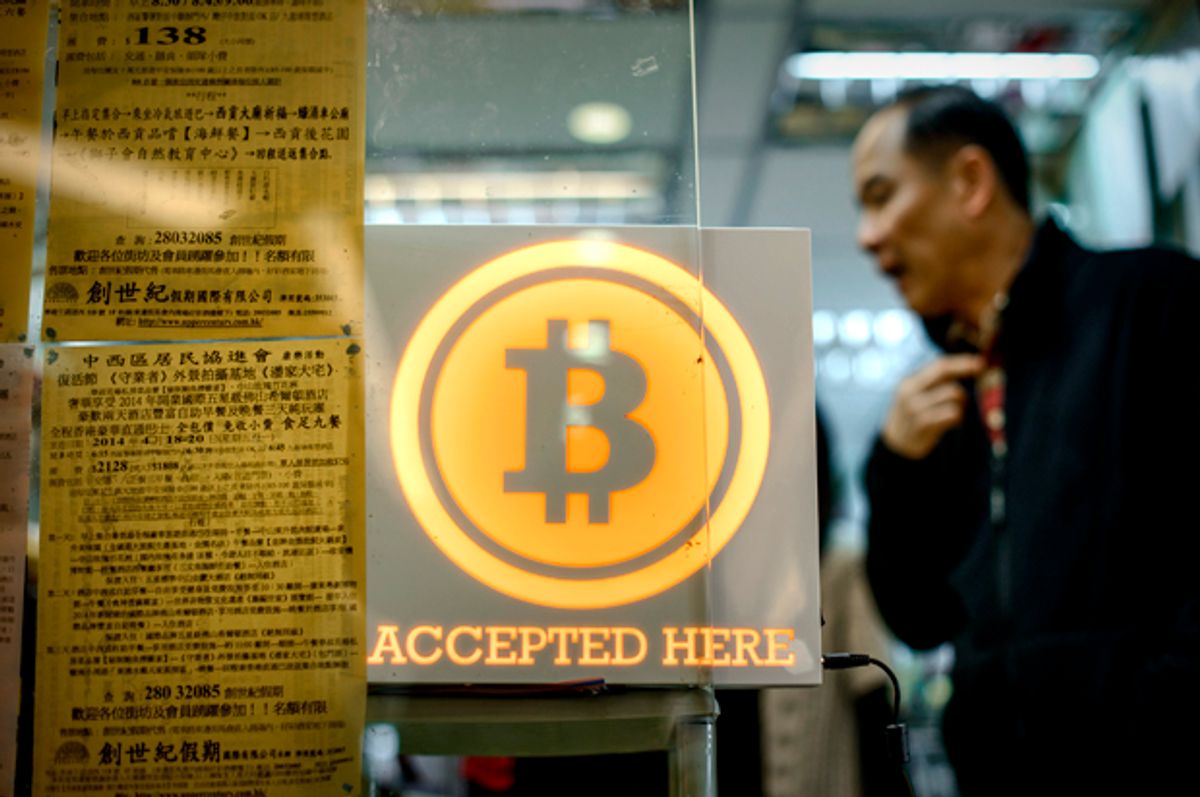 Many large charities, despite being entrusted with accepting and managing funds that benefit the public, are accepting bitcoin and other cryptocurrencies – volatile forms of digital money – as donations.

Take, for example, the Silicon Valley Community Foundation, one of the country’s largest charities. It held a third of its US$13.5 billion investments – nearly $4.5 billion – in digital assets according to its annual financial statement.

As experts in the tax and financial issues charities face, we have spent considerable time examining what got nonprofits dabbling in digital currencies in the first place and what could go wrong as a result.

While the Silicon Valley Community Foundation probably holds more cryptocurrency than any other charity, it is not unique. Fidelity Charitable, the top U.S. charity in terms of the donations it amasses annually, said digital money was its fastest-growing category in 2017.

Smaller charities are also accepting donations in bitcoin, as are new charities focused solely on cryptocurrency. The giving of digital money surged in 2017, just as the market for these newfangled assets boomed.

Bitcoin, the most common cryptocurrency, rose by 1,318 percent against the U.S. dollar in 2017.

XRP, the second-most popular kind of digital money, gained 36,018 percent over the course of the year.

These gains gave way to massive losses in the first eight months of 2018, when digital currencies plunged more sharply than the dot-coms crashed in the early 2000s.

Some charities that received massive cryptocurrency donations in 2017 may not have been able to convert them into regular money before they lost much of their value the next year. Silicon Valley Community Foundation, for example, disclosed in its 2017 audit report that for more than 45 percent of its investment assets, restrictions would prevent them from being converted to cash at any point in 2018.

The fact that charities only disclose their financial data once a year means that the scale of their at-risk wealth, as of now, is unknown.

Appreciated assets
Why would charities accept digital money in the first place? The answer has to do with changes in philanthropy in recent years.

An increasing share of charitable giving is coming from a small group of extremely wealthy donors as the percentage of Americans who donate to nonprofits declines.

And mega-donors don’t always give charities money. Instead, they pass along assets, such as stocks, bonds and bitcoin. That approach to giving benefits them in two ways. To see why, it helps to understand how these transactions work.

Say a wealthy couple gives stock in a company that they bought at $1 per share. This was such a good investment that those shares are now worth $1,000 each. Upon donating, the couple gets a $1,000 deduction on that year’s tax return with another bonus: never having to pay taxes on the $999 gain in the value of that donated stock as income. That $1,000 can then offset the income tax on $1,000 of wages. Had the couple sold the stock and donated the same $1,000, however, the donation would merely offset the gain from the sale of the stock.

This opportunity means that many wealthy Americans benefit from donating assets that have become more valuable over time rather than by simply giving money.

Consider how the top executives of Facebook have supported causes.

As a company that has not paid dividends, the wealth accrued to Facebook’s biggest shareholders is held in the form of stock that has gained value over time.

It should be no shock, then, that the company’s leaders like CEO Mark Zuckerberg and Chief Operating Officer Sheryl Sandberg have sought to donate some of their Facebook stock to charity rather than giving cash.

Zuckerberg and his wife Priscilla Chan have given Facebook stock worth more than $1.75 billion to a donor-advised fund, essentially a charitable savings account that on a large scale operates like a foundation without having to follow the rules that foundations must observe, at the Silicon Valley Community Foundation since 2010. The couple gave another nearly $2 billion of their Facebook shares to a foundation associated with their Chan Zuckerberg Initiative in 2017.

Facebook’s major shareholders are by no means the only ones using this strategy. GoPro, Apple and Microsoft executives have also moved massive amounts of their stock into charitable accounts.

The urge to donate digital money, especially once the meteoric rise in the value of bitcoin and similar assets created the opportunity for investors to reap huge potential charitable tax breaks, was only natural.

Charitable middlemen
The nonprofits that get these donations, meanwhile, need money they can spend on salaries, rent and other expenses.

And some financial assets are hard for charities to accept and turn into regular money. Your local food bank, for instance, may not know what do with a stake in a private equity fund or Ethereum cryptocurrency if your rich neighbor gave it a donation in one of those ways rather than writing a check or using their credit card. That has led to the rise of a new kind of middleman with specialized expertise.

These fast-growing charities bring a key skill: harvesting capital gains. That is, they accept tax-advantaged donations, hold onto that wealth, and – in most cases – transfer the money derived from those assets to the donor’s charities of choice when the donor asks.

Fidelity, in fact, advertises its ability to accept privately held business interests and other assets that are not publicly traded. Schwab similarly notes its ability to convert such things as stakes in private companies, fine art and bitcoin.

The Silicon Valley Community Foundation is emblematic of this phenomenon taking hold in more traditional charitable organizations. It has begun marketing itself as a repository for complex assets like stock held in companies before they go public and digital currencies.

The consequences
To be sure, there is nothing improper about these practices. Giving investment assets gradually became commonplace after the tax code established the favorable treatment of donations to charitable organizations in 1917. The growth in giving digital money can be traced to the IRS ruling in 2014 that the government sees it as a form of investment property.

However, many of these assets are extremely volatile. As the upswings of 2017 and downturns in 2018 demonstrated, digital money’s value is subject to big changes. This can be a problem when donors give away assets right before their value crashes – or a boon when those gifts precede a sharp rise.

Either way, wealthy donors get tax deductions. And when gifts precede crashes, it can take more tax revenue out of government coffers than charities get in theirs.