New polls confirm that Democrats are poised to take the House 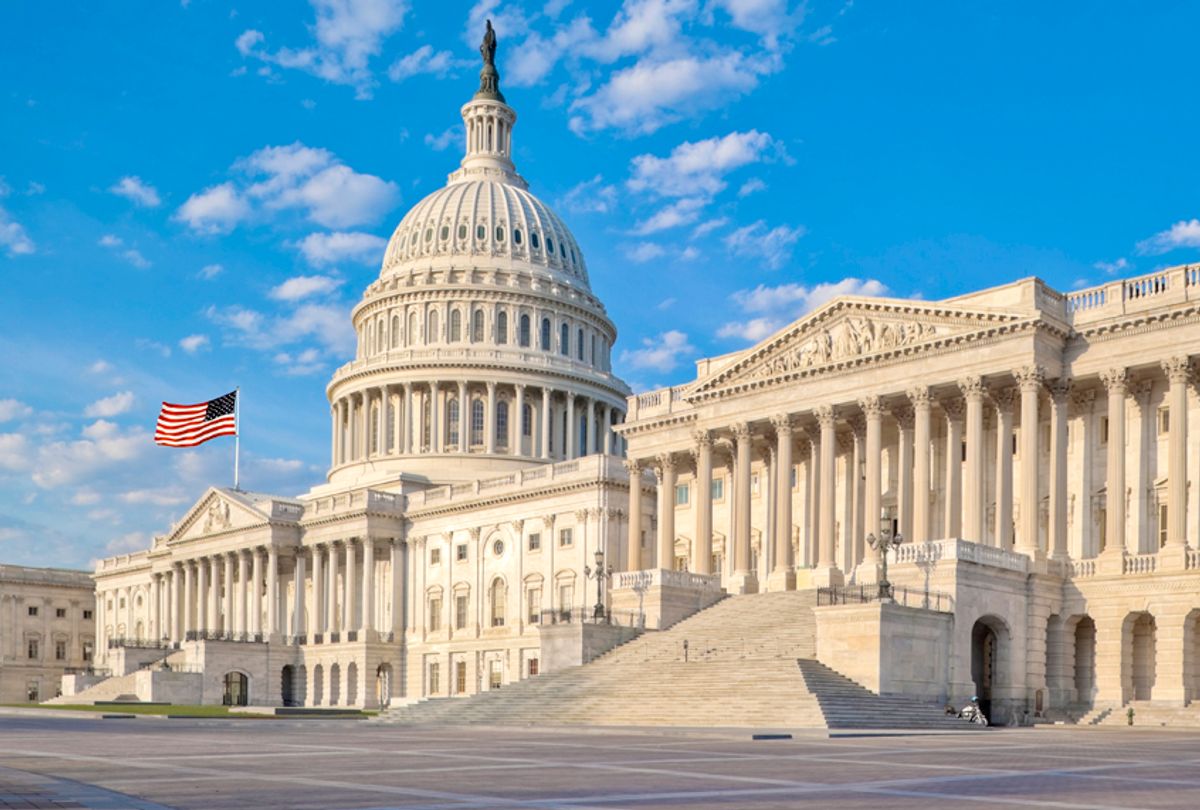 A new poll finds Democrats ahead of Republicans on a generic congressional ballot by 7 points, reinforcing the hopes of Democrats who want to retake the House of Representatives on Tuesday.

Among registered voters, a generic Democratic congressional candidate is preferred over a generic Republican congressional candidate by 50 percent to 43 percent, according to a Washington Post-ABC News national poll. That seven point margin remains when the scope of the poll was adjusted to encompass likely voters; on that occasion, Democrats are preferred over Republicans by 51 percent to 44 percent.

"That seven-point margin, which is in line with other polls taken in the past two weeks, puts Democrats roughly within range of what they probably will need in the overall national vote for the House to capture a majority from the Republicans, based on calculations from previous midterm campaigns," writes The Washington Post.

The Post did include one caveat in its reporting: Despite Trump having a low approval rating of 40 percent, with a high disapproval rating of 53 percent, he could still benefit from the positive view held by most voters about the current economy. According to the Department of Labor's monthly jobs report, the unemployment rate is at 3.7 percent, 250,000 jobs were added to the workforce and wages have seen a major increase that outpaces inflation. Even before these figures were released, however, 65 percent of Americans gave a positive assessment of the economy, including 71 percent of registered voters. Those who thought the economy was doing well were more likely to favor Republican House candidates (54 percent to 40 percent).

Despite this seemingly bad news for Democrats, however, statistician Nate Silver explained on his website Fivethirtyeight why the smart money is still on Democrats retaking the House on Tuesday. As he put it, the only plausible way for Republicans to keep control of the House of Representatives is if there is a systematic polling error that would render the fate of that chamber into a toss up rather than a likely series of gains for the Democrats. If such an error exists, it would make it possible for Republicans to win at least 24 of the 34 races that are considered "lean Democratic," "lean Republican" and "toss-up," a prospect that Silver describes as being not particularly hard; "that isn’t a great position, but those are real, tangible chances."

However, without a systematic polling error, GOP prospects become much more bleak.

Without the possibility of a systematic polling error, however, the GOP’s position is nearly hopeless. If all races were independent from one another and GOP chances in the most competitive races were approximately 50-50, the Republicans would have to do the equivalent of have a coin come up heads at least 24 times in 34 attempts. That’s really hard. The probability of ending up with at least 24 heads in 34 tries is only about 1 in 80.

If one thing is certain, it is that both parties will rely heavily on strong voter turnout in order to achieve its electoral goals on Tuesday.