Beyond the polls: 5 House races where Democrats could overperform based on volunteer energy 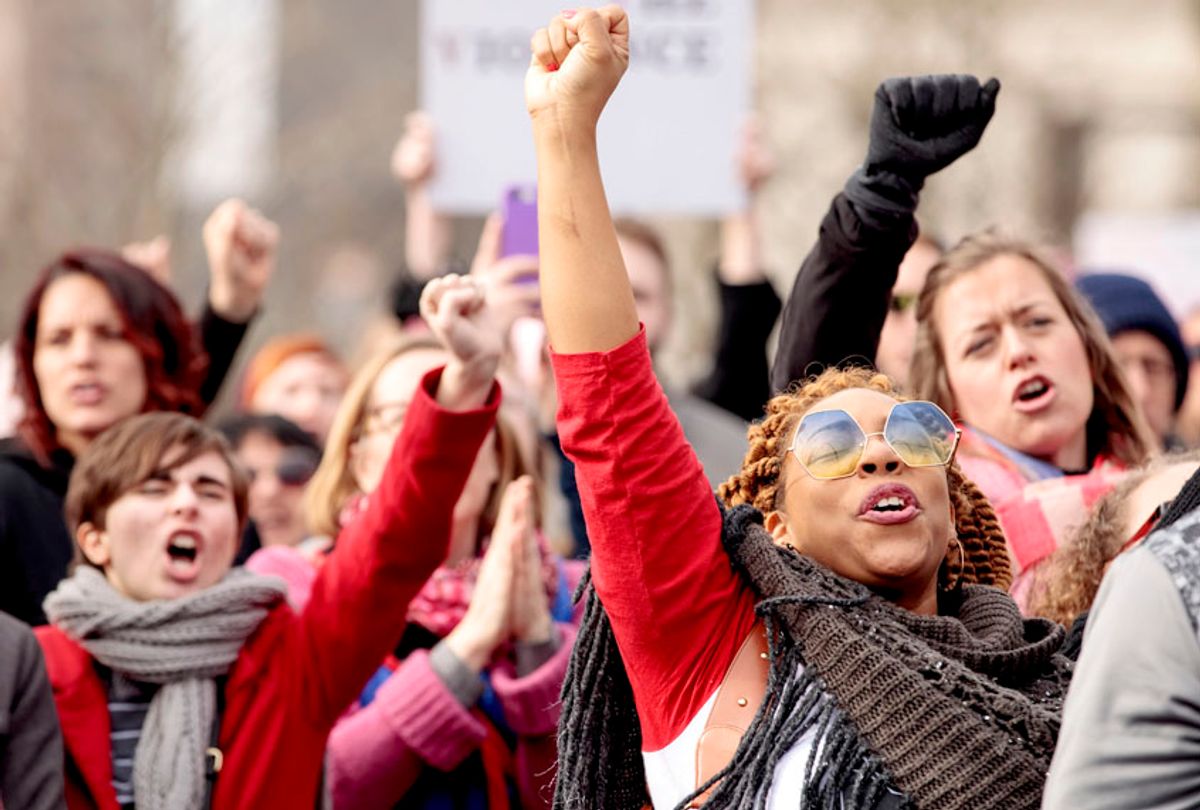 Participants listen to a speaker during the Women's March for Truth on January 20, 2018 in St Louis, Missouri. (Getty/Whitney Curtis)
--

While election experts analyze available data and information to provide a reasonable prediction of how key races will end, they’re actually all missing a big piece of the puzzle this year: volunteers.

It’s not their fault. They can only work off the data they have, which are polls and fundraising. Campaigns aren’t required to disclose their volunteer shifts. And yet, studies show that on average, every 14 face-to-face conversations with voters leads to one additional vote.

Basically, every time a volunteer goes out to knock on doors, they’re adding at least one vote to the tally.

And here’s the thing: unlike most previous midterms, there are a heck of a lot of doors being knocked on right now for Democratic campaigns. In fact, more than a quarter of a million Americans have volunteered their time to knock on doors, make phone calls, and send texts to support Democratic candidates around the country, according to data from Mobilize America.

None of this is reflected in the polling or the fundraising data.

So which districts are set to overperform their polls next week thanks to the strength of volunteers? Well, a lot of these volunteers are coming from nearby deep blue areas, through groups like the one I founded, Swing Left. As a result, swing districts closest to big, deep blue cities are benefitting the most from this phenomenon — an effect that’s magnified if there aren’t multiple nearby swing districts to share in the largess, such as Los Angeles.

Here is a list of the top 5 swing districts we think will outperform expectations today, based on the volunteer hours people have committed through Swing Left:

Like Los Angeles, there are a lot of swing districts around New York City — the biggest deep blue core in the country with over 100,000 volunteer hours committed — but only one is a 50-minute train ride from Penn Station. Former Obama Administration official Tom Malinowski’s Summit field office in the Northwestern part of the state is just a short five-minute walk from the New Jersey Transit station, and it’s getting a lot of volunteer traffic. Most pundits have NJ-07 as a pure toss-up, with FiveThirtyEight giving Malinowski a slight edge. If this race is called early in favor of the Democrat on Tuesday, volunteers will be a big reason why.

From the day Trump was inaugurated, CA-10 has been a hotbed of electoral activity with enthusiastic volunteers flooding in from nearby San Francisco. With one of the most progressive and active urban cores in the country just a short drive away, it’s no wonder that we have seen more volunteers working in CA-10 than in any other district—and it isn’t even close.

With 75,000 hours committed by volunteers, San Francisco is second only to New York City in terms of volunteer activity, and comparable to Los Angeles. But unlike those two cities, San Francisco is focused on one main swing district: CA-10. The race is seen as a toss-up by most forecasters, but if door knocks count the way political scientists say they do, the Democrat should win handily against Republican incumbent Rep. Jeff Denham.

It’s hard to overstate how many of the battlegrounds in the fight for the House are taking place in the red pockets of blue states. And when those red corners are too close to a city ‚ watch out. Illinois has a few swing districts, but only one has its nearest campaign office only 20 miles from Chicago’s Loop: Sean Casten’s IL-06.

This proximity is one reason why the district gets as much volunteer energy through our funnel than some NYC-area and California districts, and a good chunk of the 30,000 volunteer hours we have committed from the area. This district swung from 8 points Romney to 7 points Clinton, and 538 currently has it at a 50/50 deadlock, making it exactly the kind of race that will be won in the field.

Washington state’s two swing districts haven’t received the same attention as others in blue states, but they are perfectly positioned to ride the blue wave of volunteering. Scottish-terrier-shaped (look it up) WA-08 encompasses a good chunk of Seattle’s eastern exurbs, while WA-03, bounded to the south by Oregon, is just a fixed-gear bike ride across the I-5 Bridge from Portland. The open race in WA-08 is dead even by most indicators, and WA-03 leans to the Republican, but with 40,000 volunteer hours committed in the Pacific Northwest, one or both races should wind up in the Democratic column.

It’s hard to overstate the importance the City of Angels will play in this year’s election. Other cities with lots of surrounding swing districts have faded in prominence on this year’s map, as districts moved more firmly into the D or R column. But of the 29 seats Cook Political currently rates as a toss-up, four are in close proximity to LA.

Of those, Katie Hill — whose CA-25 race is the only one north of Los Angeles, while the other three are to the south — is probably positioned to pick up the biggest share of the 75,000 volunteer hours committed from the city. But don’t be surprised if La-La Land comes through big for all of these races on Election Day, swinging the Left Coast even further left.

The so-called “Blue Wave” is really different things in different places. It’s a ripple of Republicans defecting to the other side, a tide of lower-propensity voters inspired to cast a vote this year, and it’s an absolute tsunami of volunteers turning out voters in the places Democrats need them the most. And with so many close races set to decide control of the House, these volunteers will be the difference. They are the Blue Wave made manifest. They are why Democrats are going to win.

Ethan Todras-Whitehill is the founder and executive director of Swing Left, a grassroots organization working to elect Democrats to the House of Representatives