It's Donald Trump...he wanted to do it his way 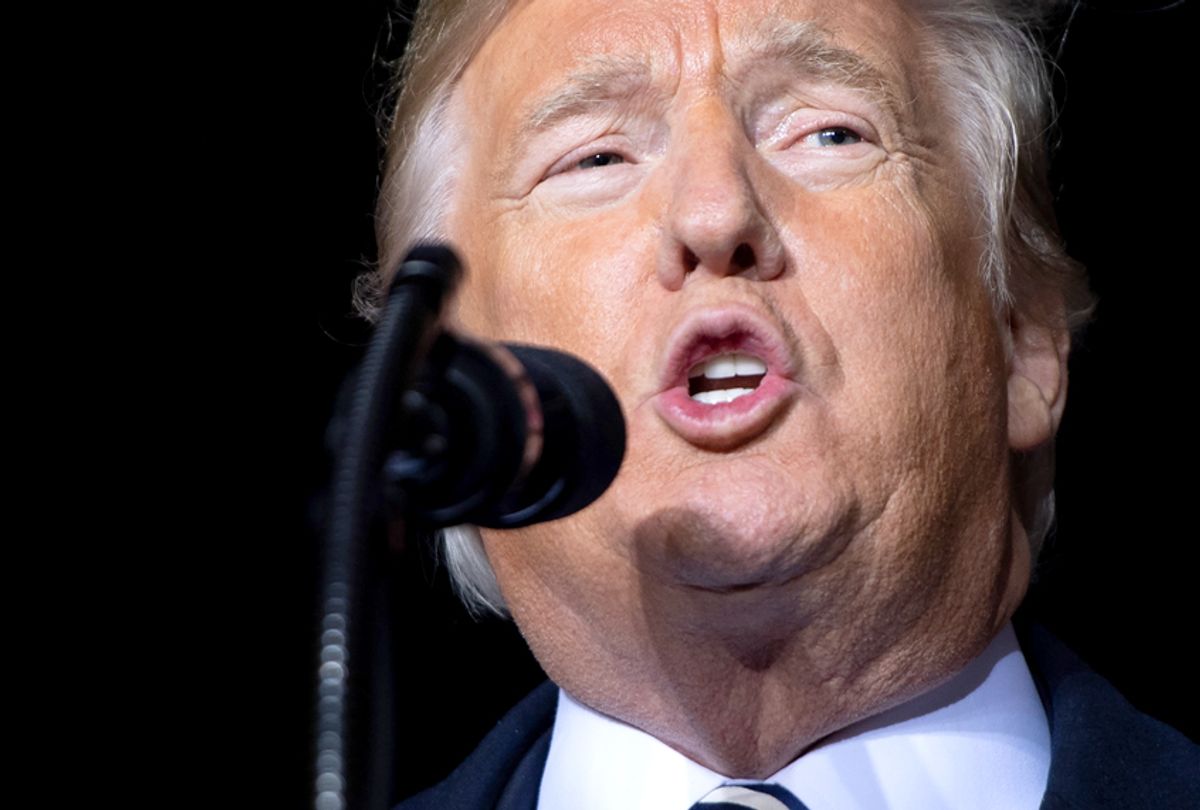 As the campaign for the 2018 midterm elections comes to a close, it ends on a vicious and blatantly racist note with President Donald Trump using the bulk of rhetoric this cycle to attack immigrants and demonize the Central American caravan as a bludgeon against Democrats.

But a new CNN report Monday revealed that this wasn't how his campaign leadership wanted to close out the midterm season. The president's campaign, in a startling move for a midterm election, purchased a major ad-buy for a commercial touting the strong economy. There was only one problem.

"He hated it," one GOP official told CNN. Trump didn't want to run on a positive message, the report found. He wanted to run on immigration.

Trump's vision for his campaign message is exemplified by a horrendously racist ad depicting an undocumented immigrant who was convicted of killing police officers. The ad falsely accuses Democrats of allowing the murders.

"That latest ad, which was racist in its tone and subject matter, was initially rejected by CNN and later NBC and Fox News on Monday," CNN noted. "The President retweeted the racist message from his official Twitter account, a sign of his personal approval, which he never did with the slick ad created by his campaign."

CNN reporter Jeff Zeleny found that Trump's furious anti-immigrant message has chafed with some House Republicans, who fear a backlash could cost them the chamber.

It seems, however, that Trump thinks going negative and dark is his best bet.

In a new interview with ABC 7 News, Trump said Monday of his harsh rhetoric, "I would like to have a much softer tone. I feel, to a certain extent, I have no choice. But maybe I do. And maybe I could’ve been softer from that standpoint."