"The bigger the rebuke of Trump the better for the country," Mark Salter tweeted Tuesday 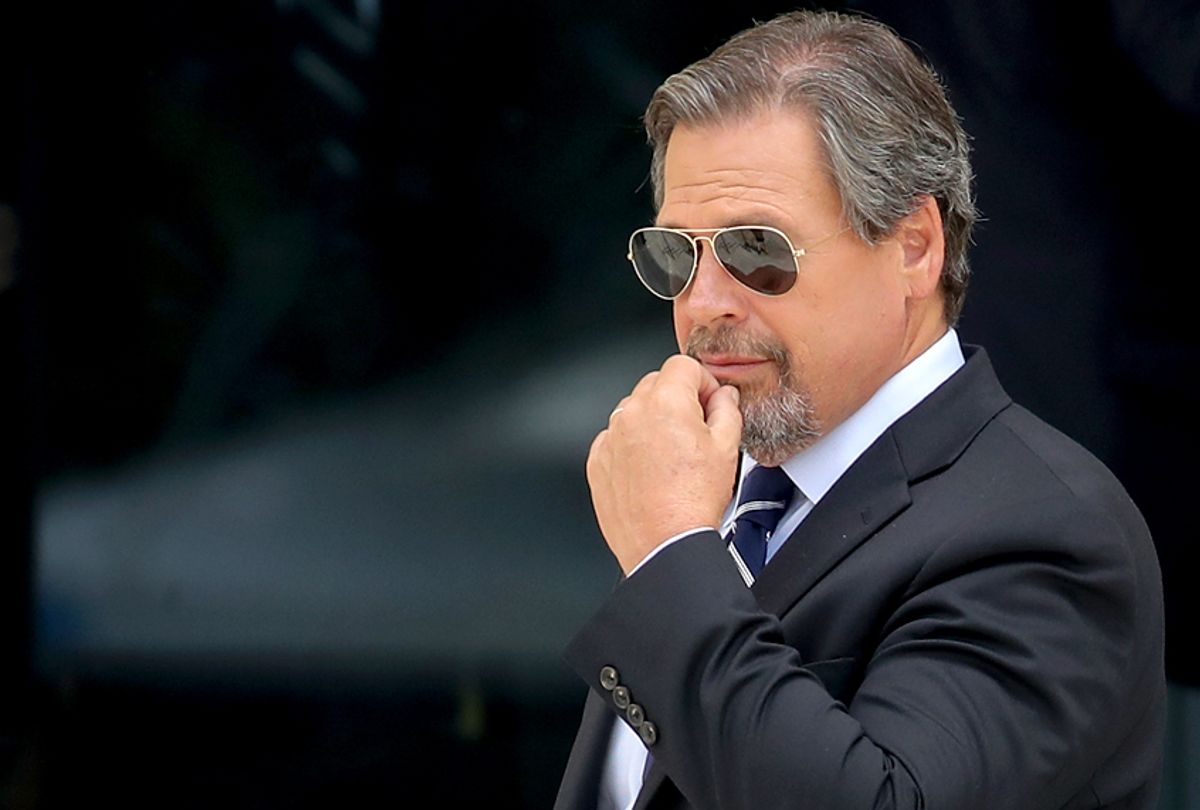 Mark Salter, the longtime collaborator and aide of the late Republican senator John McCain, tweeted a surprising message on Tuesday about the midterms. He called on voters to support Democrats — for the most part — because of a larger and more urgent need to "rebuke" President Donald Trump.

"Vote For the Democrat (in most cases)," Salter wrote on Twitter. "That feels weird to write. But the bigger the rebuke of Trump the better for the country. Resist."

Salter was a confidant and adviser of McCain for nearly 30 years and served stints as his speechwriter and chief of staff. The pair also co-authored several books together, including "The Restless Wave," published shortly before McCain’s death in August.

Both McCain and Salter opposed Trump's campaign for president and in 2016, Salter said that he planned to vote for Democratic nominee Hillary Clinton in the election. And given McCain's and Trump's oppositional relationship, the Arizona senator had requested that the president not attend his funeral.

Earlier this year, Salter weighed in on one of the president's attacks against McCain, tweeting: "I think we can confidently assume that the Senator doesn't give a rat's ass what this particular president says or thinks about him."

Another longtime Republican also castigated Trump on Tuesday. Former FBI director James Comey wrote an op-ed for the New York Times urging Americans to vote based on the nation's values,  and condemned "the lying, misogyny, racism and attacks on the rule of law from our president."

He was fired by Trump last year, but wrote that he felt "optimistic" that America will recover from "the current leadership of our country and the ugly undercurrent on which it thrives."

In the article, Comey didn't tell readers to vote Democrat like Salter, but advocated for an embrace of America's political middle. "If you imagine the ideology of Americans as a bell curve, our core values are secure in the middle with the giant lump of busy, normally disengaged, distracted people," he wrote. "They are voters and nonvoters on the center right and center left, which is a vast majority, in a country where the far-left and far-right wings usually do all the talking and shouting. Every so often in our history, that giant stirs."

However, last week on Twitter in a midterm election countdown, Comey quoted his wife, an independent voter, saying, "I will not vote for another Republican until Trump is out of office."

Vice President Mike Pence delivered a drastically different message in an op-ed in USA Today, charging readers to vote for either "results or resistance."

"As the Democrats proved the last time they ran Congress, their agenda meant fewer jobs, lower wages, slower growth and less opportunity for hardworking Americans," Pence wrote. "But now the Democrats’ policies are even more liberal — and dangerous — than ever before. They want massive tax hikes, weaker borders and a complete government takeover of health care that would hurt our families and seniors."