"Bohemian Rhapsody" called out for inaccuracies, including handling of Mercury’s HIV diagnosis

Bryan Singer's Freddie Mercury biopic did big business at the box office, but don't believe everything you see 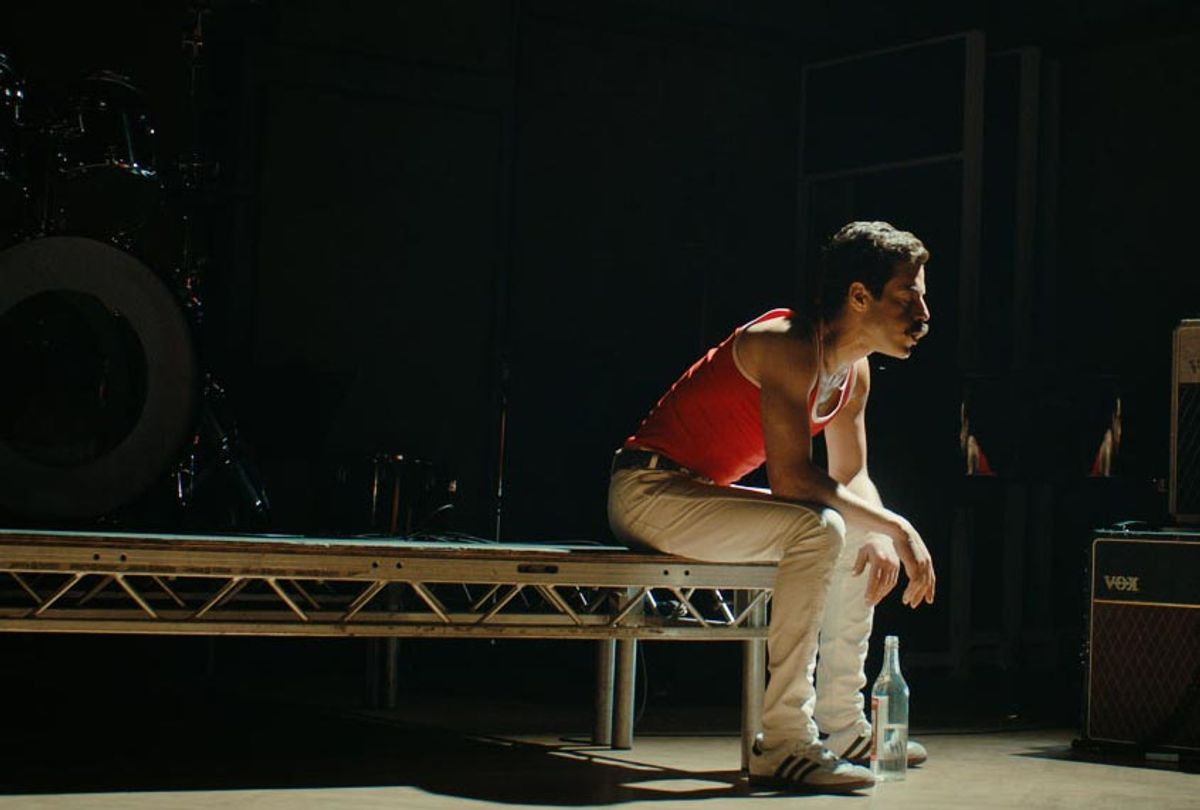 “Bohemian Rhapsody” overcame some disastrous reviews to conquer the box office with an impressive $50 million opening, but moviegoers shouldn’t believe everything they see in Bryan Singer’s Freddie Mercury biopic. The script, written by Anthony McCarten with approval from Queen band members Brian May and Roger Taylor, is being called out by film critics and writers for twisting Queen’s actual timeline to create convenient drama for the movie.

The numerous factual inaccuracies in “Bohemian Rhapsody” have been broken down in fact checks published on The Wrap and ScreenCrush, but two historical errors in the film stand out most for being egregious. One is the fact that Singer’s movie makes Mercury seem like a villain for cashing in and wanting to make a solo album. Rami Malek’s Mercury is seduced by his manager Paul Prenter (Allen Leech) to go off on his own, and tension between Mercury and his bandmates instantly occurs when he breaks the news. In reality, Mercury wasn’t even the first Queen member to make a solo album.

Drummer Roger Taylor released solo albums “Fun in Space” and “Stranger Frontier” in 1981 and 1984, respectively, both of which came out before Mercury’s first solo effort, “Mr. Bad Guy” in 1985. The movie leads viewers to believe it was Mercury who wanted to go solo and caused friction among the band, although Taylor had already made the same move twice. Taylor is played by Ben Hardy in the film and is made to appear as Mercury’s biggest adversary in the group. When Mercury announces his solo plans, Taylor scoffs at the idea, which is ironic given what went down in real life.

The second major factual inaccuracy is the film’s handling of Mercury’s HIV diagnosis. In the film, Mercury learns he is sick shortly before the band reunites for Live Aid. The script has Mercury use his diagnosis to cement the band’s reformation, but in reality Mercury most likely did not even know he had the disease before Live Aid. Queen’s Live Aid performance took place in 1985, and by all accounts Mercury wasn’t diagnosed with HIV until April 1987. The movie’s altering of history here has been criticized by press.

Read more IndieWire:  ‘Bohemian Rhapsody’ Is the Box Office Champion: It Will Be the Biggest Rock Biopic Ever

“I’ve never seen a film distort its facts in such a punitive way. It’s like the movie wants to punish Freddie Mercury,” wrote UPROXX’s Mike Ryan. “Mercury’s tragic death from AIDS was a defining moment in the early ’90s fight for AIDS awareness. To now retcon his illness into his Live Aid performance seems flippant and cruel.”

“It’s inexplicably perverse that the movie retcons Mercury’s HIV diagnosis as the band’s motivation for Live Aid,” IndieWire’s own David Ehrlich added in his review. “It’s insulting to see the lengths to which this film tries to capture the melodrama of Queen’s music, and humiliating to see the lengths by which it fails.”