Who (or what) is Baphomet, you ask? Consult your local metal band to find out 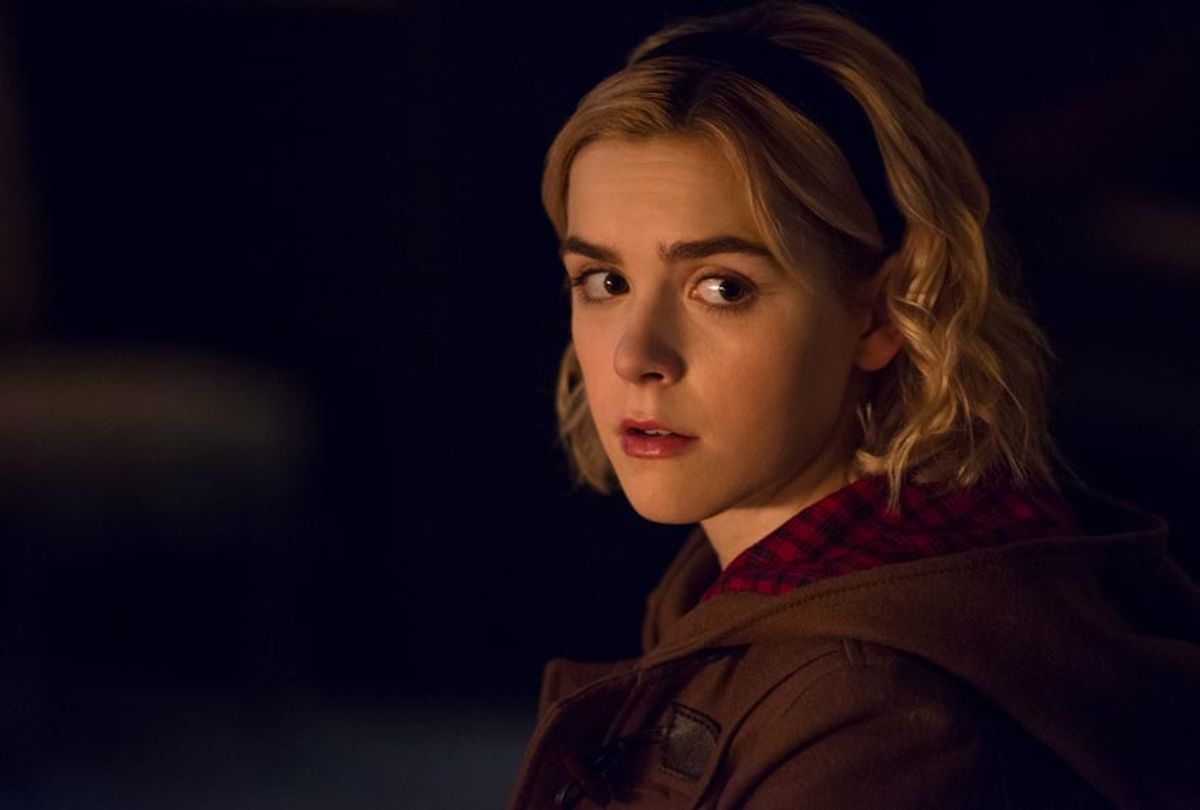 “Chilling Adventures of Sabrina” has received largely positive reviews since premiering on Netflix last week, but one group is less than enthused: The Satanic Temple. The organization has announced that it is pursuing legal action against the streaming giant and Warner Brothers for the show’s use of a statue that TST says violates its copyright. The statue in question is of Baphomet, a goat-like deity that has made its way into the iconography of various groups affiliated with Satanism and the occult dating back centuries.

Said figure is familiar to anyone who’s ever seen a death metal album cover, but this particular variant is apparently unique to the Temple. “The show’s creators did not utilize a generic Sabbatic goat that is commonly used in many occult circles, such as the image created by Eliphas Levi, but instead created an identical and easily identifiable replica of TST’s statue,” its statement claims. “Unlike most imagery associated with Satanism, the unique Baphomet statue designed and built for TST is copyrighted, which grants the creator exclusive rights to determine whether, and under what conditions, this original work may be used by others.”

Read more IndieWire: Where Is ‘The OA’ Season 2? Brit Marling Explains the Ambitious Reason New Episodes Are Taking So Long

That Netflix and Warner Brothers allegedly did not seek permission is only part of the complaint: The Satanic Temple is also displeased that the statue is used to represent “Satanic Panic” tropes and thus paint the group and its beliefs in a negative light.

“Given the show’s utilization of the Baphomet statue to represent an evil cannibalistic cult, a perception falsely associated with Satanism even in modern times, TST would have denied its use to the show creators,” the statement continues. “Not only does it contradict what Baphomet represents, we owe it to those who identify with us to not allow this image, and by extension them, to be represented in this way.”

Read more IndieWire: The 7 Best Movies New to Stream on Netflix in November 2018

The Church of Satan, meanwhile, has gone on the record in stating it has no part in any of this:

For further research, direct your attention to such all-timers as “Baphomet’s Throne” by Samael, Behemoth’s “Horns ov Baphomet,” or even “Horns of Baphomet” by Akercocke; the latter two aren’t versions of the same song but rather evidence of what a lasting impressions said horns have left on metal musicians.