Yes, it's a blue wave after all: Democrats win back the House easily, fall short in the Senate 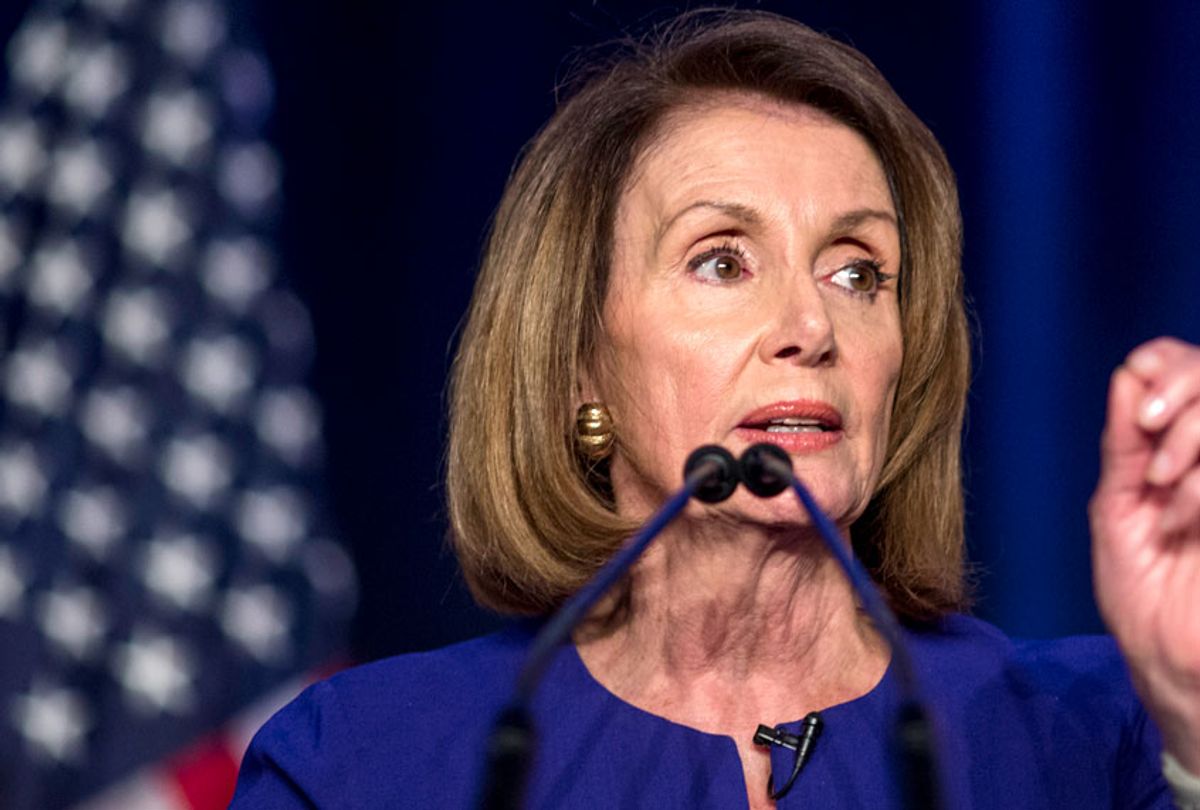 Ahead of Election Day, a confident Democratic House Leader Nancy Pelosi asserted her eagerness to reclaim the speaker's gavel she surrendered in 2011, during Barack Obama's first term.

"I know the territory," Pelosi said in a new profile. "And I’m really good at what I do."

Just before midnight on Tuesday, Pelosi fielded a call of congratulation from President Donald Trump. Democrats have won a clear House majority, likely picking up somewhere from 35 to 40 seats. She is nearly certain to become the next speaker.

Americans headed to voting booths on Tuesday to cast their ballots in the first midterm elections of Donald Trump's presidency. The result was unquestionably a split decision: While Republicans expanded their Senate majority, defeating at least three incumbent Democrats, voters went heavily blue on the House side, more than enough to overcome a congressional map gerrymandered in Republicans' favor. With Democrat Abigail Spanberger's victory over Tea Party Republican Dave Brat in Virginia's 7th district -- Brat being the right-wing rebel who defeated onetime House Majority Leader Eric Cantor in a 2014 GOP primary -- Democrats officially picked up the 23 seats they needed to flip the House.

While the final polls had suggested that Democrats were favored to win, early results on Tuesday evening initially dampened expectations of  a "blue wave." The first exit polls published by NBC News on Election Day found that 54 percent of Americans disapproved of Trump — 47 percent registered "strong disapproval" — and that their top issue was health care, which Democrats placed at the front and center of their congressional bids.

NBC estimated that Democrats "could take as many as 31 seats currently held by Republicans." At this writing, the final number seems likely to be higher than that. But Democrats fell far short of their effort to defend vulnerable red-state Democrats in the Senate. Democratic incumbents Heidi Heitkamp of North Dakota, Claire McCaskill of Missouri and Joe Donnelly of Indiana all went down to defeat, and Sen. Bill Nelson of Florida also seems likely to lose to current Republican Gov. Phil Scott. With results in Arizona and Nevada still outstanding, Republicans could end up with 54 or 55 Senate seats.

In Tennessee, former Democratic Gov. Phil Bredesen fell to Republican Rep. Marsha Blackburn in his bid for the Senate seat vacated by outgoing GOP Sen. Bob Corker, a frequent Trump critic. There had briefly seemed a possibility that the reliably red state could go blue with polls within five percentage points and a surge in voter registration buoyed by the pop singer Taylor Swift. In Texas, progressive superstar Rep. Beto O'Rourke failed to pull off an upset against Republican Sen. Ted Cruz. But O'Rourke's campaign may have altered the dynamics of congressional races in Texas, where at least two Republican incumbents in affluent suburban districts have been defeated.