History made twice over: Americans have finally elected Native American women to Congress 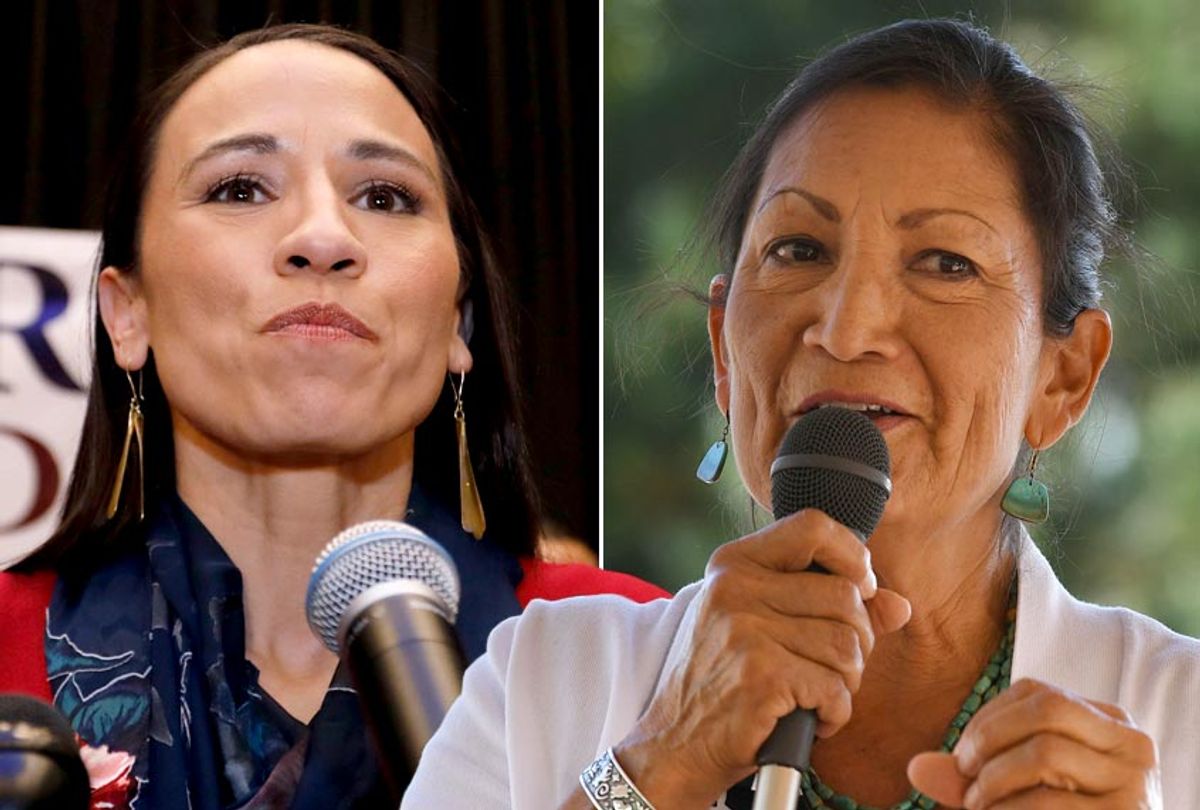 There have been many political milestones for minorities in the U.S. across the past decade, and Americans will now finally have not one but two Native American congresswoman.

In the south, Sharice Davids, a 37-year-old attorney and member of the Ho-Chunk Nation tribe, flipped a red state blue by winning her race against Rep. Kevin Yoder, the Republican who has represented Kansas' 3rd Congressional District since 2011, propelling the Democrats toward recapturing control of the House of Representatives. In addition to becoming the the first Native American woman elected to Congress, Davids is Kansas' first openly gay representative, winning an election in a district that Hillary Clinton also won in 2016.

Davids served as a White House fellow during the final year of former President Barack Obama’s administration, where she "saw first-hand the immediate need for competent, thoughtful people to step up, take action and get involved in government," as she explains in her campaign literature. Before her stint at the White House, Davids earned a law degree from Cornell Law School.

When asked how she feels about potentially being the first Native American woman elected to Congress, Davids previously told Salon, "It's just disbelief, like, really? We have a lot of educated Native women who are active in politics . . . It feels like it's about time."

"Seventy years ago, Native Americans right here in New Mexico couldn’t vote. Growing up in my mother’s Pueblo household, and as a 35th generation New Mexican, I never imagined a world where I would be represented by someone who looked like me," Haaland told a crowd of supporters after her history-making victory. "Tonight, New Mexico, you are sending one of our nation’s first Native American women to Congress."

"We are at a critical juncture in our history," Haaland continued. "Now is the time to return to the most basic ideals of simply being good and kind people; welcoming the stranger; ensuring dignity and freedom for all — no matter what we look like, who we love, how we pray or where we were born."

In February, Haaland told Salon that she was confident in her ability to win the race. She is no stranger to politics. Before announcing her congressional bid, Haaland served as New Mexico's Democratic Party chair — the first Native American woman to chair a state party — and as the Native American vote director for Obama's re-election campaign in 2012. She also spent nearly two decades volunteering on Democratic campaigns in addition to a failed gubernatorial campaign. (She ran for lieutenant governor in 2014.)

Despite nearly 20 years of political experience, Haaland suggested that her work would only be just beginning if she became the first female Native American member of Congress. "If I'm the first, I'll be very grateful, and I will work hard to make sure that I'm not the last," she previously told Salon.

In addition to empowering women, Haaland is committed to clean energy and natural resources, and she disapproves of PresidentDonald  Trump's approach to fossil fuels and climate change. Haaland has been an ardent critic of Trump ever since he became a presidential candidate, especially for his treatment of Native Americans. In 2016 she penned an op-ed, blasting the presidential candidate for his use of the name "Pocahontas" to mock Sen. Elizabeth Warren (D-Mass.).

"Trump doesn’t understand how or why Native folks choose to identify themselves or how tribes place individuals on their tribal rolls," Haaland wrote. "Ignorance is not an excuse." She also said that Trump's wealth did not excuse his language. "Any presidential candidate should be held to a high standard and being a billionaire doesn’t excuse you," she added. "As Americans, we are all responsible for learning our collective history and being respectful toward one another."

While the 115th U.S. Congress has been called "the most diverse in history," critics contend that it still does not accurately resemble America's increasingly diverse population. According to Pew Research Center analysis, "Congress as a whole remains disproportionately white when compared with the U.S. population." But with Davids' and Haaland's electoral victories, Capitol Hill will be more representative come January.