The ballad of Gary Hart: "The Front Runner" raises timely questions about sex, power and the media 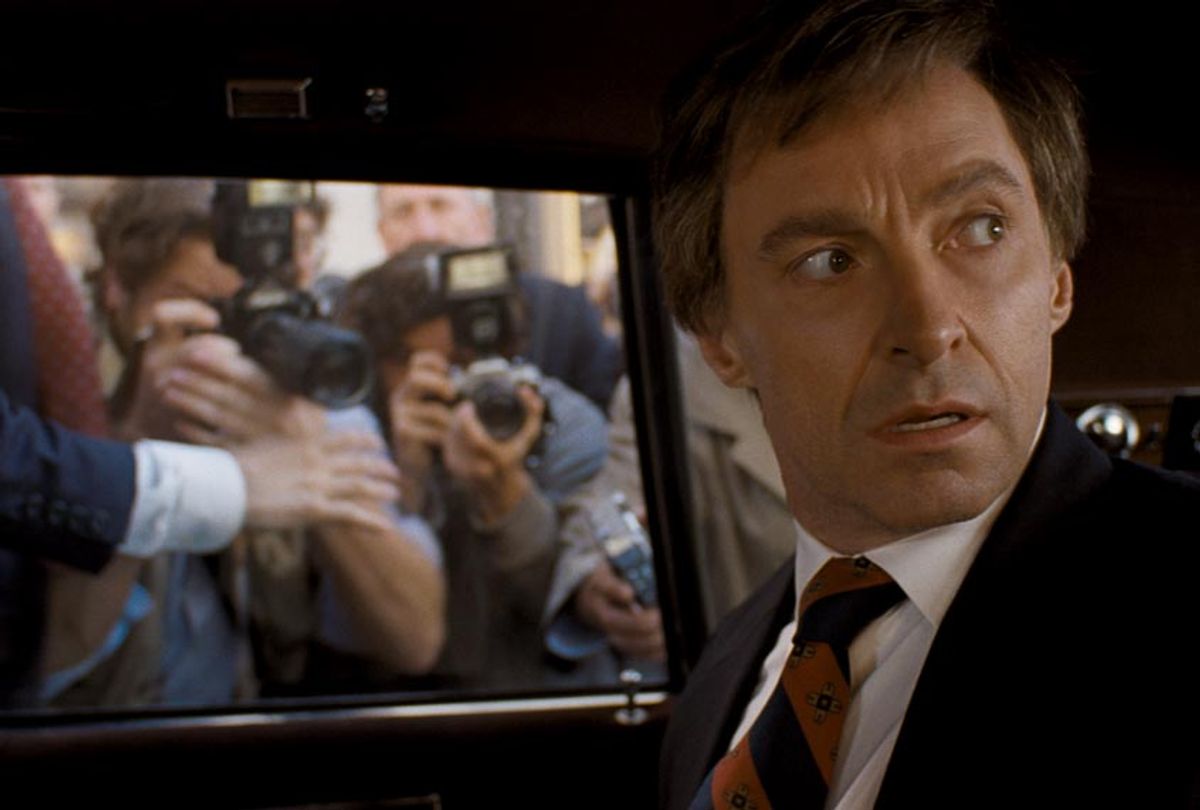 In 2018, it has become virtually impossible to imagine a politician being derailed by a mere sex scandal. President Donald Trump was not only elected two years ago despite a number of sexual misconduct accusations, but even managed to expand the Republican Party's presence in the Senate earlier this week despite a number of misogynistic comments he has made since then.

Yet once upon a time, a man who was accused merely of being unfaithful to his wife went from being a frontrunner to a joke in roughly a fortnight. It almost seems quaint today.

That man was Gary Hart, who at the start of the 1988 presidential election cycle was a senator from Colorado widely regarded as an inspiring idealist with a solid track record of legislative achievement and, based on both strong poll numbers and conventional wisdom, was the odds-on favorite to become the next president. Then, as Matt Bai's excellent book "All the Truth Is Out: The Week Politics Went Tabloid" explains, Hart's campaign quickly self-immolated after he was seemingly caught cheating on his wife with a pageant queen and pharmaceutical marketing representative named Donna Rice. Prior to the 1988 election, those types of sex scandals were usually regarded as off-limits to the media, unless they were particularly flagrant. Since then, coverage has become expected, even standard.

Is this story relevant today? That's the subtext in "The Front Runner," a phenomenal new movie directed by Jason Reitman ("Juno," "Thank You For Smoking") based on Bai's book, which opened in select theaters on Election Day and goes into wide release on Nov. 21. The film stars Hugh Jackman in the main role, Sara Paxton as Donna Rice, Vera Farmiga as Hart's proud and righteously furious wife Lee Hart, J. K. Simmons as political adviser Bill Dixon, Alfred Molina as legendary Washington Post executive editor Ben Bradlee and Steve Zissis and Bill Burr as the pair of Miami Herald reporters who took Hart up on his infamous challenge that reporters put a tail on him if they thought he was a womanizer and wound up confirming the suspicions of his detractors.

Tales of tragic heroes have appealed to us since the days of Sophocles and Shakespeare, and certainly many of the necessary ingredients are in the smart and fast-paced script by Reitman, Bai and Jay Carson: the man who would be king struck down by a fatal flaw and the innocents caught up in larger forces beyond their control (Paxton's depiction of Rice as a bright woman who sees herself being reduced by the media to a demeaning stereotype is heartbreakingly on-point). Grand stakes give the story a deeper meaning (issues from America's increasing income inequality to the rise of Islamofascism are addressed here) along with the sense that there aren't "good guys" and "bad guys" in this tale so much as varying shades of gray.

The top notch cast is led by Jackman and Farmiga, both of whom move beyond the realm of caricatures that one might expect for their roles — the sleazy philanderer, the long suffering political spouse — and instead bring to the surface deeper truths. Jackman's Hart is without question a flawed man, and the movie makes it clear that he has no one but himself to blame for his predicament, but it also captures the intelligence, idealism and basic human decency that drew people to his campaign in the first place, that indeed made them think he would be a great president. Farmiga's performance is just as strong; while her version of Hart is rightfully outraged at having been humiliated, she projects an even greater strength than Hart himself in handling the PR crisis. Jackman's Hart, after all, seems to be so angered at what he sees as a debasing of the American political process that he can't shake his sense of victimhood. As Hart's wife, Farmiga reminds him in powerful scenes that regardless of whether he thinks his infidelities should be relevant to his presidential ambitions, he is ultimately not the real victim in this story.

"The Front Runner" comes along at a particularly relevant time in American political history. The central question at the heart of the Hart story is whether the media was correct in outing Hart's infidelity when, by all accounts, the relationships themselves were consensual. Did the public actually need to know whether Hart was cheating on his wife? Did that have any real bearing on his ability to be president, given that some of America's greatest chief executives were notorious womanizers? (Franklin Roosevelt and John Kennedy come to mind.)

The answer given by Hart himself and, to an extent, by some of the journalists depicted in the film is a resounding "No." And yet the media's willingness now to probe into consensual sex acts may have removed the cover that public figures once used to get away with non-consensual ones, and that if the price we must pay for abusers and criminals to be exposed is that mere philanderers may be embarrassed, the cost is worth it. Beyond that, Hart's willingness to nationally embarrass a woman who had been a good and loving wife does speak to deeper character issues, a point made by the film. What does it say about his views toward women that he is willing to hurt the woman who chose to be his partner in life? What does it say about his larger judgment that he would risk not only his marriage, but his ability to serve the American people who he insists would benefit from his leadership, over an impulse as base as carnal gratification?

"The Front Runner" doesn't offer easy answers to these questions, but then again, it doesn't need to. By sheer virtue of asking them, Reitman's movie has injected some powerful ideas into the American political discourse at the precise moment when they are most needed.