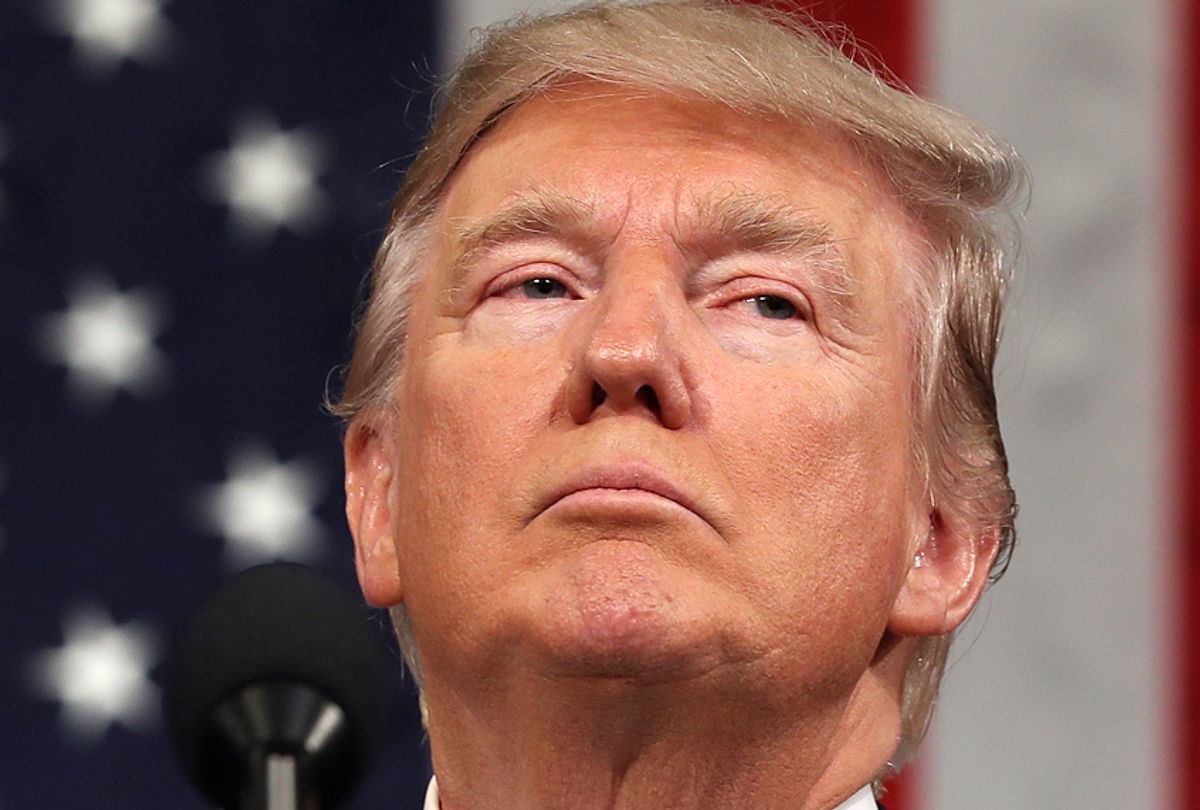 President Donald Trump says he is thrilled with the results of the 2018 midterm elections, but he's acting like he as something to fear.

As conservative columnist Jennifer Rubin argued in a new column Wednesday afternoon, titled "Trump freaks out after the election and ousts Sessions," the president is behaving bizarrely after the election, even by his own warped standards of behavior.

"In short, welcome to an even worse version of Trump — defensive, cornered, possibly looking at indictments of more aides or family members," she wrote. "Democrats must hold him and his enablers accountable, understanding that in all likelihood, they are building a case to vote him and his GOP lackeys out in 2020."

At his post-election press conference on Wednesday, Trump was acting "more like a wounded animal than a president claiming vindication," as he lashed out at the media and even at failed members of his own party who weren't deferential enough to him. And he was acting even more blatantly racist than usual, saying he couldn't understand reporters who spoke in accented English and firing back at a black reporter who asked about white nationalists who identify with his embrace with the term "nationalist."

“That’s such a racist question,” he told PBS NewsHour's Yamiche Alcindor. "To say what you just said is so insulting to me."

That response is certain to be cheered in white nationalist corners.

Rubin notes that Trump's decision to fire Attorney General Jeff Sessions and replace him with Matthew Whitaker, in a clear effort to wrest control of Special Counsel Robert Mueller's probe, appears designed to "test the limits of Democrats’ patience and power."

With Democrats set to take hold of the House of Representatives in January, and Trump seemingly emboldened to go after the Mueller investigation, we've clearly entered a new stage in this presidency. His behavior may yet become more egregious and unpredictable, testing the limits of what the country can tolerate. It's not clear yet how it will play out — but as Rubin emphasizes, everything is on the line.

"Should moves be made to fire Mueller or curtail his investigation (Trump said at the press conference he could fire Mueller whenever he wanted but chose not to), we will face a serious constitutional standoff," she wrote.