Mira Sorvino worried she'd be blackballed over #MeToo: "Instead, we were the tip of a tidal wave" 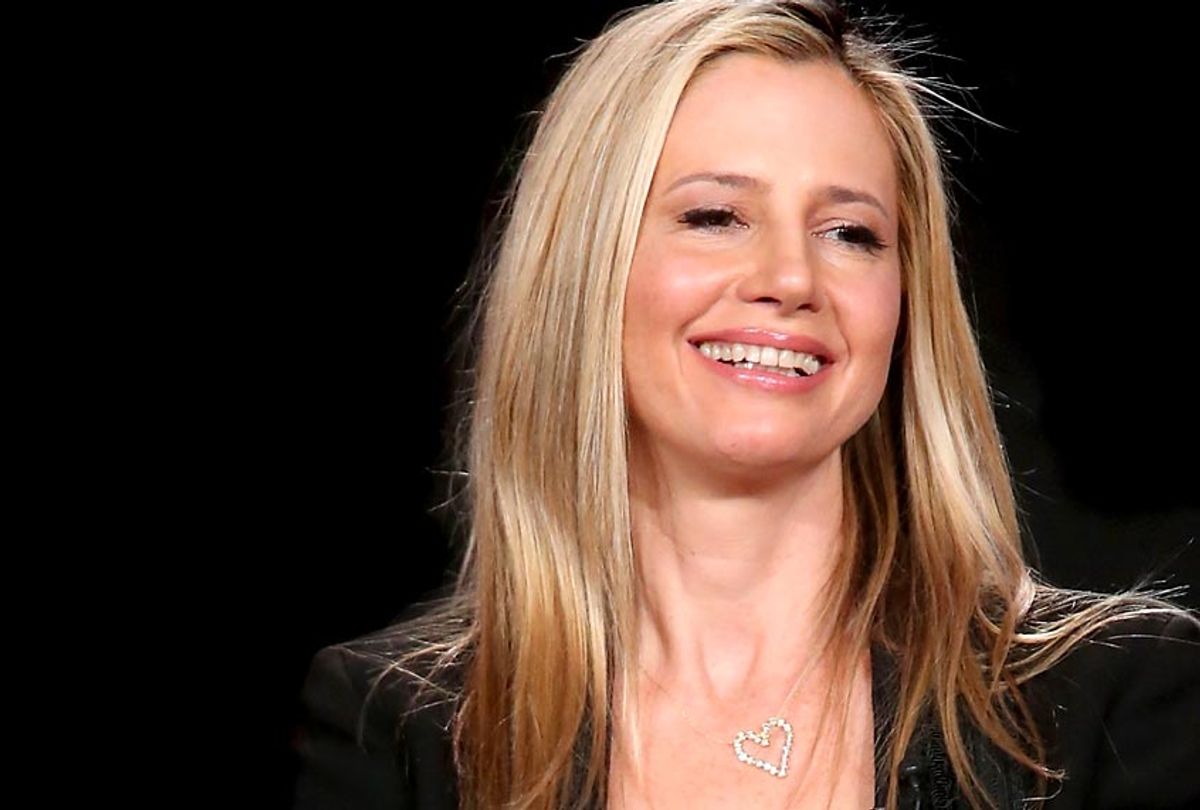 A year ago, Mira Sorvino thought her acting career was over. The Oscar winner found herself wondering if she could stage a reinvention as a full time humanitarian. Instead, she's as in demand as ever, with recent costarring roles on "Modern Family" and "Condor," and now, joining the cast of Crackle's thriller series "StartUp" as Rebecca Stroud, an NSA agent with a few quirks and a lot of secrets.

Departing from its usual sleek corporate world, "In the very first moment of the first [new] episode, you feel like you're in a different show," she told me during a recent "Salon Talks" interview. "All of a sudden, you're seeing these commando Delta Force guys or Navy SEALs, looking for these three canisters, which are chemical weapons. At the end, you realize that they've been sold; they're gone. They've just killed all these guys for nothing. They zoom in on the computer that they were sold in, and they were sold on Araknet, which is the Internet service that StartUp is all about. Earlier seasons were about the currency that they had created, and this one is really about the service itself."

Enter Sorvino. "I come in to their corporate offices, which are now beautiful and glossy and look so hip and cool," she says. "I march in sucking on my weird little throat lozenge, and then I take it out of my mouth and put it into a little ball of tissue, and then I proceed to threaten everybody in the boardroom with all the leverage that I can if they don't open their gates to me and the U.S. government to try and track this illicit activity that's happening on their site or on their service. And I'm quite persistent."

Though much of Rebecca's backstory remains enigmatic, Sorvino reveals what she learned from the writers about what drives her. "My past was actually explained to me, and we did shoot one version of the scene in which I reveal it," she says. "They ultimately decided that it made me less intimidating to know this painful past about me, so they cut it out. But I still have it as the core of why she is the way she is, which was that her mother was poisoning her via a Munchausen by Proxy situation. She loved her so much she would make her sick to keep her at home, to keep her invalid, to keep her infantilized so the mother could keep her close always."

As a result, Rebecca's trust in people "is about negative two thousand," says Sorvino. "I have devoted all of my allegiance and my personality and my whole family identity with the U.S. It's Mother USA for me, and people are not to be trusted. I have a mission, I have an allegiance, and I will do whatever it takes. My country right or wrong, and I might do a great wrong in order to try and prevent a great wrong."

But meanwhile, functioning in the real world is still a struggle. "She won't eat anyplace where she thinks she can get sick. She's terrified of getting sick now, so she only eats this one very gross meal. It's a chicken burger that she gets at this place that's never had a proven case of food-borne illness. She eats this same meal every day, and she unfolds it the same way, and she has to make it just so. She can't eat it unless it's in its proper alignment and all the edges are straight, and the bun is just so. She's very OCD. I think she has all these neuroses created by the mother's treatment of her, and now she tries to take control of all these small elements in her life, because they give her a sense of groundedness so that she's not flying off the planet."

Though Sorvino brings a star presence to "StartUp," she's not the only heavyweight in the ensemble. The show costars Golden Globe winner Ron Perlman as temper prone entrepreneur Wes Chandler. "He's so wonderful," she says. "He's such an expert, relaxed actor, and it's just wonderful working with him. In this show he plays such a narcissistic bastard, and a very manipulative person. But you still like him, because he's interesting. He's always so charming and interesting."

Recalling a showdown scene early in the season, Sorvino says, "he sits me down for a dinner meeting and he immediately knows that I'm not with any man or woman; I'm alone in this world, and he's questioning it. Immediately it's like a punch to my gut, because her Achilles [heel] is how very desperately lonely she is, and how frightened she is of human connection, but how much she, inside, wants it. That's so part of who his character is, is just this guy who knows right what buttons to push every time."

Yet while acting remains her first profession, Sorvino has always balanced it with activism. As a United Nations Goodwill Ambassador, she's fought for years against human trafficking. And more recently, as one the first who spoke out against Harvey Weinstein, she's found herself as one of the leading voices of the #MeToo movement.

"A year ago," she says, "we were these voices in the wilderness speaking our truth, having no idea what would happen to us for speaking out. The night before the Ronan Farrow article came out, I thought, 'OK, I may not ever work again as an actress, I may be blackballed. What will I do? I have expertise in human trafficking. Maybe I could get a full-time job as a special rapporteur in human trafficking and just work on that, or with some great organization that does anti-human trafficking work.' That's really the only expertise I have besides acting."

"I was literally just riffing about what I was going to do with my new life post-outcry, because I was afraid that I would no longer have any kind of an acting career," she says. "I thought that, because nobody whistle blew. People didn't do that."

"Instead, we were the tip of a tidal wave," she says. "To date, over 90 women have come out against Harvey Weinstein alone, let alone James Toback, Louis CK, Roger Ailes, Matt Lauer, Les Moonves — all these incredibly powerful people who thought they were completely protected by their bastions of corporate and entertainment power and they got exposed for what they had done, which is very good."

More than twelve months later, Sorvino notes, "That was just in those first few months. Since then, all of this agitation and all of this solidarity that's been expressed by millions of people across the world. We are changing things. You and I have spoken before about that slate of bills that I was working on promoting very heavily with a number of people, along with the Equal Rights Advocate Group in California — the #TakeTheLead bill. We got three of the five of them passed just last month. It took a year of constant applied pressure through every channel possible to get these pieces of legislation passed through the California legislature. Then they sat at Governor Brown's desk for a month. The very last day he possibly could, he signed three out of the five of them into law."

Describing her own civic engagement plan, Sorvino says, "I put a lot of my personal energy into trying to make that happen, including calling individuals who were voting on the bills in the House, in the Senate, in California and explaining to each office, 'Hi, is the Assembly person there? No? Okay, can I talk to your Chief of Staff on this issue? Can I explain to you why the survivor culture cares about how you vote on this bill? How much this means to us?' I finally wrote an op-ed because I wanted [Governor Brown] to know that people were paying attention to whether or not he signed these bills. I wrote it for the LA Times, which I was told he read."

Sorvino knows that awareness without action won't get results.

"What is a movement if it's all sound and fury but no action?" she says. "It has to be a one-two punch, otherwise what is it good for? We can't just make some noise and hold hands and sing Kumbaya and then go home and nothing's changed. If you say you stand with survivors, you say you stand with the #MeToo culture, you actually have to put your money where your mouth is."

And you don't have to have an Oscar to get your lawmakers' attention.

"You can all call your representatives," she says. "Before this, I did a lot of advocacy with metastatic breast cancer groups in Washington two years in a row, and I was shocked to learn that, really, you're showing up at their office and you're presenting your case for why your representative should listen to your opinion on a particular issue. Very few people actually do it. You just have to marshal your forces and either get there in person or write a ton of letters or make calls or faxes. Most people don't bother to let their reps know what they care about."

"They actually care," she says, "because they want to be reelected, that you're letting them know what your issues are that you expect them to vote your way on. think when voters show up and say, 'This is really what we care about in my district, your district,' they pay attention. The beauty of the democracy is that it is a system that generally works that way."