Two thirds of Americans believe the economy is robust, but only one in three believe that strength benefits them 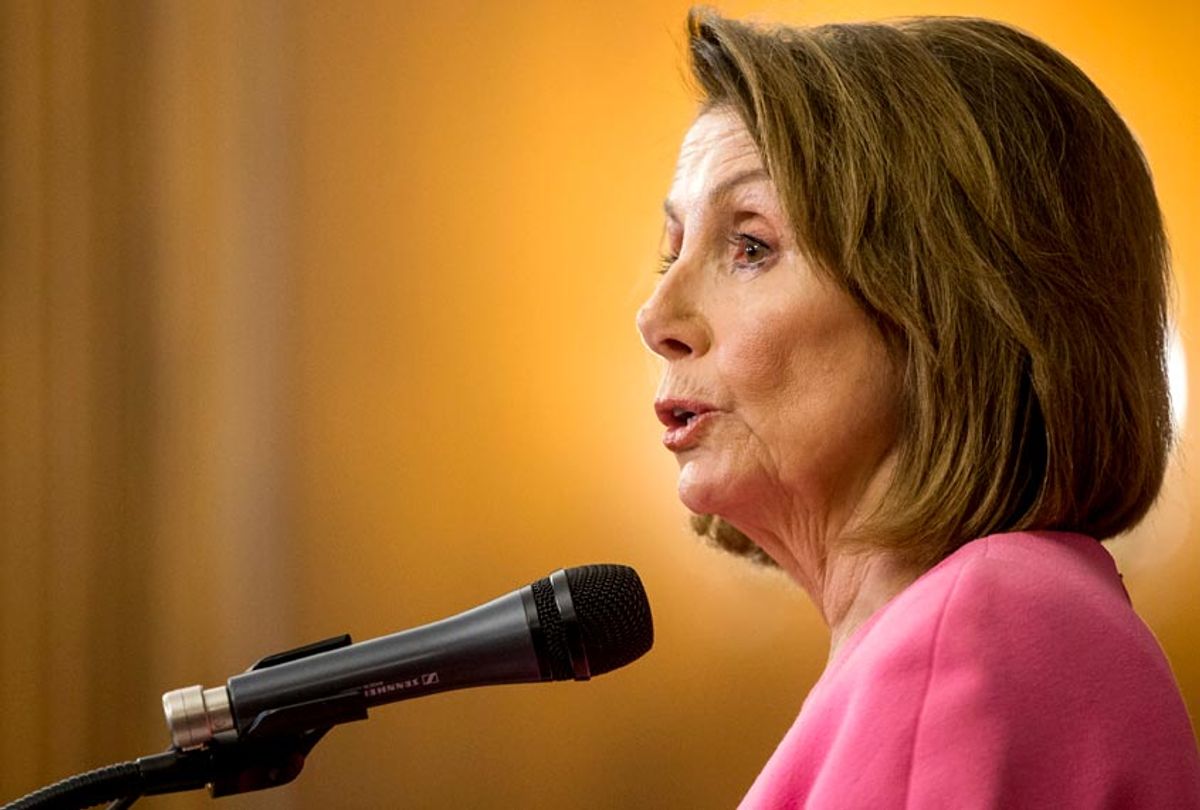 The people have spoken but can the new Democratic Congress hear them once they are ensconced in the beltway with all of its trappings?

This will be the biggest test in the long career of 78-year-old Nancy Pelosi, who will be elevated from House Minority leader to Speaker of the House in January when the new Congress is sworn in.

Can Pelosi be nimble enough to perform the tai chi of holding an increasingly rogue Trump White House accountable, while simultaneously letting  all the new talent in her caucus have a meaningful role in shaping an action agenda that speaks to the here and now of their constituents?

This can not be about her personal restoration but about the delivering of a 21st century social contract that puts the needs and requirements of the American people above the vested corporate interests that for too long have owned Congress no matter which party was in control.

And in this mix has to be the American labor movement that must rebrand itself as the guarantors of this new social contract that not only serves their members but every American household.

To say the fate of the republic hangs in the balance of Pelosi’s balancing act is no overstatement because of the facts on the ground and the late hour of the epic engagement for a warming planet.

Looking at the turnout data this year was the political equivalent of a Hailey’s Comet, where, due to a wide range of pressures and frustrations, voters showed up at the polls in a midterm election at levels not seen in more than a century. This electorate was also younger and more diverse.

Looking at the turnout data it may well be that this midterm blue high tide is the precursor of what could shape up to be a Democratic tsunami in 2020 that could make the Republican Party like small pox — something we chose to only keep alive for scientific control purposes.

The 2018 exit poll data shows that health care continues to dominate Americans concerns and that they believe Democrats are more trustworthy on the issue than the GOP. Late in the campaign, Republican internal polling showed them this ground was shifting away from them, so they came out as advocates to protect Americans with pre-existing health conditions.

Issues that used to be exclusively identified with left wing Democrats are now mainstream. Nebraska, Utah and Idaho all voted to expand Medicaid while Arkansas and Missouri gave a thumbs up on referendums raising the minimum wage.

And, while over two thirds rate the economy as strong, only 35-percent say that their own personal economic situation has improved. This underscores the reality that there is a real-world dichotomy between the abstract “economy,” which the media fixates on, and the week to week economic struggle tens of millions of American families face.

In 2016, Trump exploited masterfully this growing disconnect between the so-called “Obama recovery” and the post-2008 misery in which so many Americans remained stuck. Yet, two years later the Trump-GOP $1.5 trillion- dollar tax cut, sold as the silver bullet for an anemic recovery, back-fired. Voters by a two-to-one majority believed the cuts either hurt them or had no effect on their personal situation.

This detachment between the Wall Street economy and that of Main Street has even become apparent to the more conservative mainstream observers.  “We talk incessantly about economic growth,” wrote David Brooks, New York Times columnist this weekend. “Between 1975 and 2015, America’s GDP increased three-fold. But what good is that growth if it means that a thick slice of America is discarded for efficiency reasons.”

Consider that 113 million people showed up at the polls in 2018, making it the first non-Presidential federal election to draw more than 100 million voters.  Even with that historically high number casting ballots this year that’s still only 49 percent of the eligible electorate weighing in. Yet, you would have to go back to 1966 to match it in a midterm.

Michael McDonald, an associate professor at the University  of Florida told CBSN you would have to go back over a century to find a midterm turnout that broke the fifty percent threshold.

"In the last three decades, we've had about 40 percent of those eligible to vote participating in midterm elections. If we get in the upper end of that range, if we can beat the 1966 49 percent turnout rate, you'd have to go all the way back to 1914 to get a turnout rate above 50 percent," McDonald said.

In 1914 it was the first time American voters, all still men at the time, would get to elect their U.S. Senators. Before that it had been left up to the state legislatures. But the rise of populist fervor was so strong at the time it was felt vested interests had so corrupted the state selection process that the U.S Senate had been turned into a millionaires’ club.

Talk about institutional resistance, reformers in Congress had first introduced the legislation to provide for voters to directly elect their own U.S. Senators in 1826.

That early 20th century period also saw the dramatic growth in the Progressive movement and the increasing militancy and effectiveness of the American labor movement. In 1914, with the passage of the Clayton Antitrust Act unions finally got a legal foothold so that they could set the stage for the major economic improvements they secured for several generations of Americans.

Phil Glover is a national vice-president for the American Federation of Government Employees that represents 700,000 federal workers. He helped lead the union’s successful midterm efforts in Pennsylvania and Delaware.

“Right now, there’s no social contract,” Glover said. “Unions have to be out there talking about this. Our country is supposed to be the richest country in the world yet other industrialized countries are able to do universal health care, retirement, short work weeks . . . . You don’t hear people in Canada say we want to get rid of our universal health care.”

He continued. “We have got to do a better job of explaining to the general public why unions fight for what they fight for and they should be included in that. My own personal opinion is that when the Democratic Party takes over this House they should bring in experts from these other countries and have hearings and publish the findings from these places that have these universal systems where people don’t have to go bankrupt over medical issues and lay that out for the public.”

For John Samuelsen, international president of the Transport Workers Union, there’s no time be wasted in unwinding the GOP agenda which included driving up the deficit with the $1.5 trillion corporate tax to make it possible to justify cutting Social Security and Medicare.

“Mitch McConnell and the Republicans are going full throttle with their,  'oops, the glass of milk is spilled and now we have to clean it up' operation,” said Samuelsen. “They deliberately drove the deficit through the roof by cutting taxes for the wealthiest Americans. Their predictable — thinly veiled — next move is declaring that Medicare and Social Security must be sliced and diced in order to reduce the federal deficit — aka screwing with America’s most vulnerable in order to fund tax giveaways to America’s wealthiest.”