The lawsuit is based on a claim first tweeted out by Sen. Marco Rubio 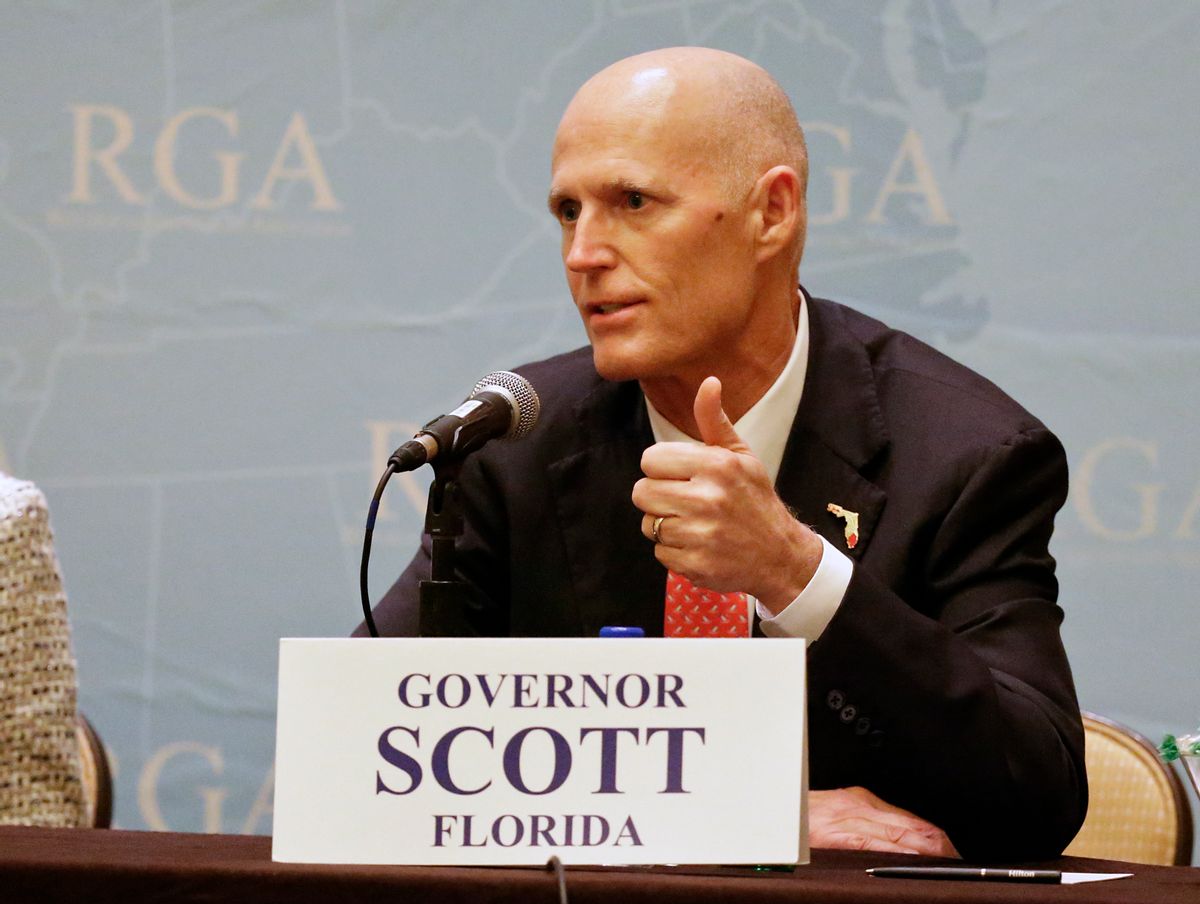 Florida Gov. Rick Scott is launching a lawsuit based on the claim first floated by Sen. Marco Rubio, R-Fl. that Democrats are trying to “steal” the state’s election.

“No ragtime group of liberal activists or lawyers from DC will be allowed to steal this election from the voters in this great state,” Scott said in a press conference where he announced his voter fraud lawsuit against Broward County Supervisor of Elections Brenda Snipes for the county’s slow-going absentee ballot counting.

“Every Floridian should be concerned there may be rampant fraud happening in Palm Beach and Broward counties,” the governor and Senate candidate said.

Florida Gov. Rick Scott, following announcement that he filed a lawsuit as Senate race appears headed for recount: "No ragtime group of liberal activists or lawyers from DC will be allowed to steal this election from the voters in this great state." https://t.co/6iwZtQ0lXn

Earlier in the day, Rubio tweeted multiple times that Broward County was attempting to commit voter fraud as the county’s vote-counting efforts reached the 48-hour mark.

At one point, the junior senator from Florida suggested the county was breaking the law because it did not submit its ballots “within 30 minutes after polls close. As Daniel Sweeney of the South Florida Sun-Sentinel noted, however, unofficial returns are required to be submitted by noon of the fourth day after the election, which would be on Saturday.

Florida law requires all early votes and TABULATED vote by mail to be posted then. Unofficial returns have to be submitted to Sec. of State by noon the fourth day after the election -- two days from now. It's all there on the Div. of Elections website of the state you represent. https://t.co/krH1QKYh4H

In response to Scott’s lawsuit, a spokesperson for Sen. Bill Nelson, D-Fl., the incumbent the governor ran to unseat, said the Republican’s “action appears to be politically motivated and borne out of desperation.”