Developing teen brains are vulnerable to anxiety — but treatment can help 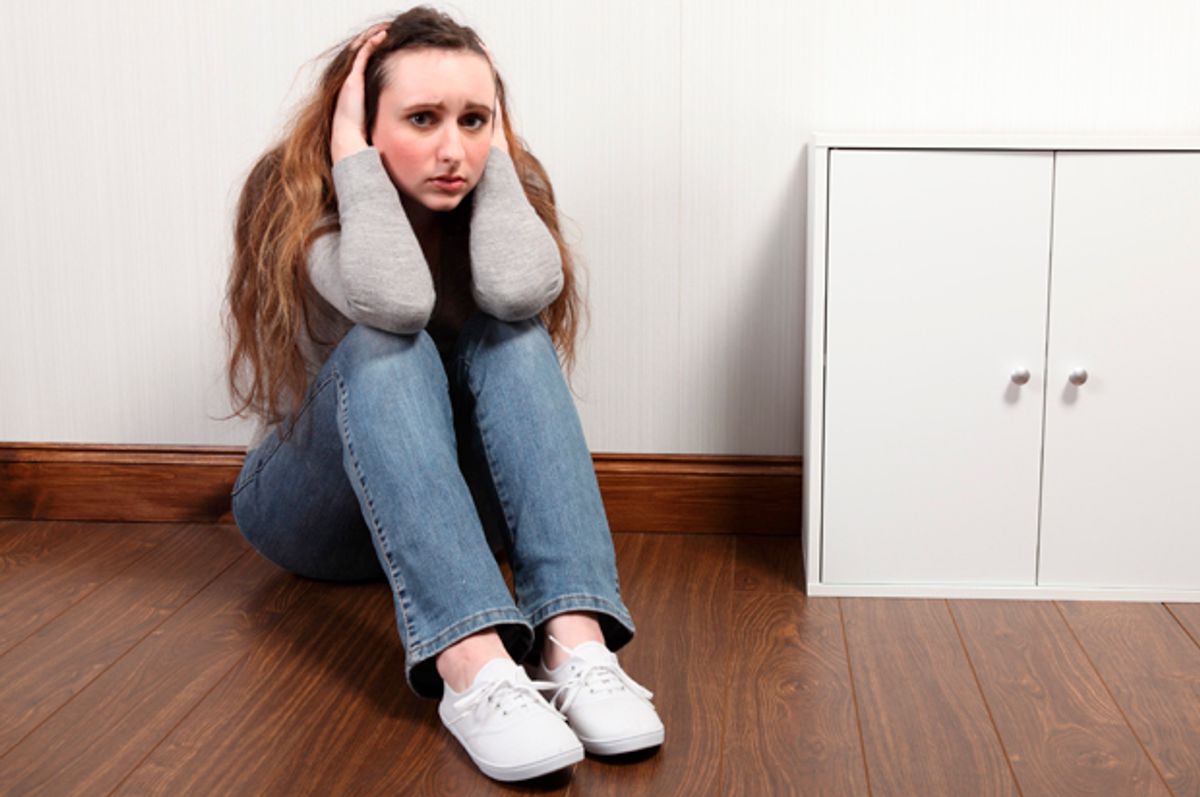 Adolescence is the life stage when mental illnesses are most likely to emerge, with anxiety disorders being the most common. Recent estimates suggest that over 30 percent of teens have an anxiety disorder. That means about one of every three teenagers is struggling with anxiety that significantly interferes with their life and is unlikely to fade without treatment.

Kayla is the anxious teen protagonist in the recent movie “Eighth Grade.” From the acne peeking out through her makeup to the frequent “likes” that punctuate her speech, she seems to be a quintessentially awkward teen. Inside her mind, though, the realities of social anxiety meet the typical storm and stress of adolescence. Through its warm yet heart-wrenchingly truthful portrayal of an awkward and anxious teen, “Eighth Grade” provides a relatable character for identifying and understanding how teen anxiety can really look and feel.

As developmental neuroscientists, watching the film sparked a conversation about the latest science on anxiety during adolescence. Researchers are learning more about why the teenage brain is so vulnerable to anxiety — and developing effective treatments that are increasingly available.

The hallmark of anxiety disorders is fear or nervousness that does not go away, even in the absence of any real threat. In an emotional scene, Kayla shares that she’s “really, like, nervous all the time” and she “[tries] really hard not to feel that way,” as if she’s constantly waiting to ride a roller coaster with butterflies in her stomach, but never getting the relief of the ride ending.

For teens and parents, it can be hard to disentangle normal emotional changes that often accompany puberty from anxiety that may require professional care. Some of Kayla’s worries and fears are highly typical - feeling nervous about what others will think, worrying about making friends, wanting to “fit in.” The problem is that, unlike everyday worry, Kayla experiences these feelings all the time and in ways that force her to miss out on important opportunities of adolescence like exploring relationships.

Studies on the teenage brain are increasingly revealing why adolescence may be such a vulnerable time for anxiety. Researchers have focused on connections between the brain’s limbic system, including the amygdala which governs emotion, and the prefrontal cortex, the frontmost part of the brain. These connections are essential for controlling emotions, including fear, a core symptom in anxiety disorders.

The problem is that these amygdala-prefrontal cortex connections are slow to develop; they continue to strengthen into one’s early 20s. During adolescence, the brain goes through rapid changes in its shape and size and also in how it works. The very structures and connections in the brain that help to manage emotions are in flux during this developmental period, making teens especially vulnerable to stress and anxiety.

Anxious teens are at heightened risk for a host of long-term problems, including depression, substance abuse and suicide.

Fortunately, help exists for anxious teens. As is the case for the startlingly high 80 percent of youth struggling with anxiety who don’t get treatment, Kayla’s journey through “Eighth Grade” also does not include any professional help. Yet no teen should need to face anxiety on their own. Psychotherapy and medications can both be highly effective.

Cognitive behavioral therapy (CBT) is one of the most effective and widely used psychosocial treatments for anxiety in teens. In CBT, therapists help individuals with anxiety to gradually and repeatedly expose themselves to the very situations that they fear.

A socially anxious teen might start with imagining sending a classmate a text asking to hang out, gradually move on to sending that text, or even calling a classmate on the phone, and eventually initiating a conversation with an unfamiliar peer at a party. The goal is to practice these anxiety-provoking actions and associate them with a new state of safety.

Decades of studies in animals and people have helped psychology researchers understand more about how the brain regulates fear. Building on this work, emerging neuroscience evidence suggests that current treatments for anxiety directly modify the same amygdala-prefrontal connections that are in flux during adolescence and implicated in anxiety.

For example, evidence suggests that both cognitive behavioral therapy and medication treatment with selective serotonin reuptake inhibitors (SSRIs) may reduce amygdala reactivity and enhance prefrontal control. The treatments help these brain circuits regulate fear and keep them from overreacting to potentially anxiety-provoking situations.

Researchers like us are actively working to leverage growing insight into the teenage brain to further optimize anxiety-focused treatments. Neuroscientific studies have the unique advantage of peering inside the teenage brain to directly assess developmental changes in amygdala-prefrontal cortex connections. Using imaging technologies, we’re able to characterize the state of this neural circuitry and how well it’s controlling fear at a given stage of development. And this knowledge provides clues about how to match up the most effective behavioral techniques for regulating anxiety with a particular teen’s stage of brain circuit development.

Evidence suggests that the ways in which people learn about potential dangers in their environment and how they are able to control or regulate responses to those threats undergo important changes during the teenage years. Translating this knowledge into the treatment realm could provide new windows into precision medicine, allowing treatments to be tailored specifically for teenagers.

Although the teenage brain is prone to anxiety because of where it is on its path of biological development, effective treatment options exist and are continually being refined to target the adolescent brain.