On the 100th anniversary of WWI’s end, lessons on life in health care’s trenches 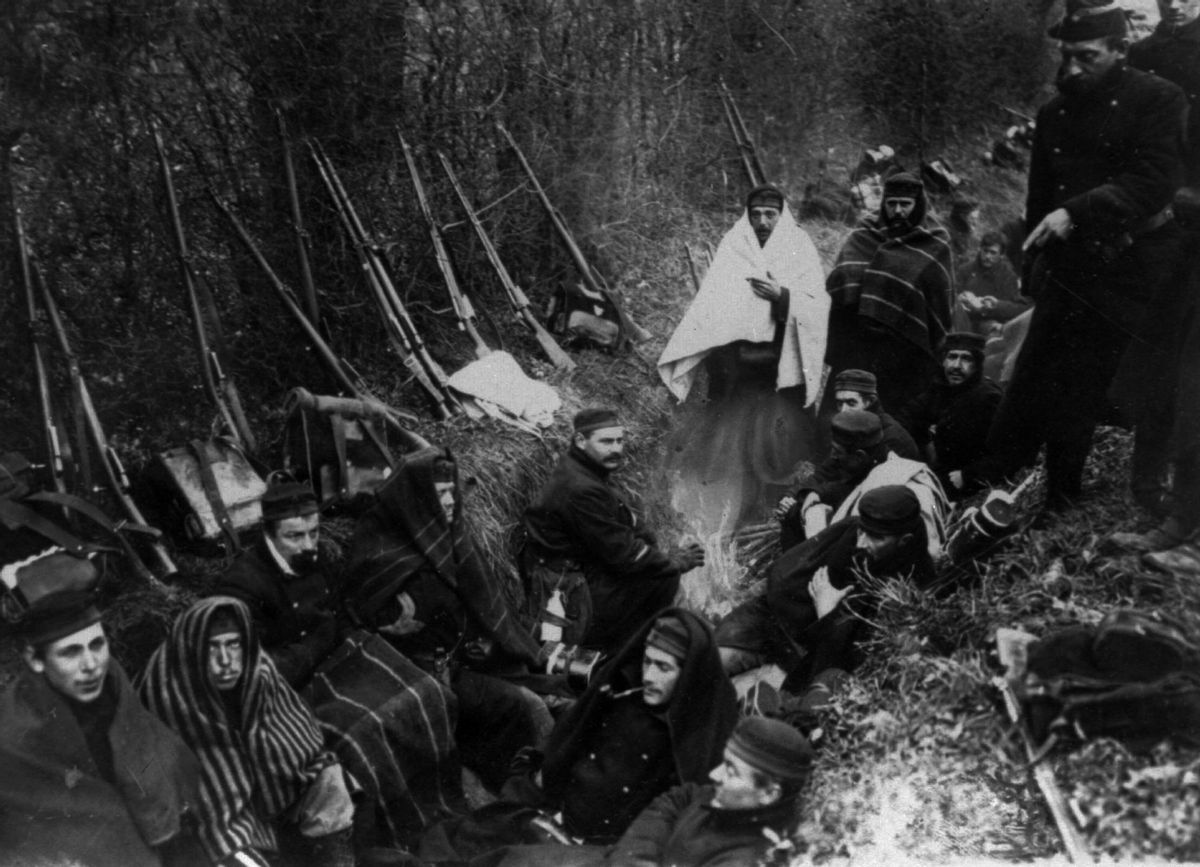 TWENTY ONE OF ONE HUNDRED PHOTOS WORLD WAR ONE CENTENARY TIMELINE - In this 1914 file photo, Allied troops huddle in a trench around a tiny fire near Ypres, Belgium. (AP Photo, File) (AP)
--

Nov. 11 marks the 100th anniversary of the end of World War I, the first large-scale military conflict in which trench warfare — combat between opposing troops hunkered down in ditches — played a major role, making this an opportune time to explore the similarities between the lives of contemporary health professionals and those once literally in the trenches.

Historically speaking, the introduction of trench warfare can be traced to advances in military armaments, especially small arms and artillery. Such weapons proved effective against exposed enemies, such as troops advancing in formation, but they offered limited advantage against an enemy out of the line of sight or sheltered by large amounts of earth. In other words, firepower leapt forward, while mobility advanced relatively little, an imbalance that led later to the development of tanks and air power.

The height of trench warfare was reached on the Western front in France, where well-protected troops were separated by “no man’s land,” resulting in long stalemates for which trench warfare became a byword.

For soldiers, life in the trenches tended to be highly monotonous. Both sides were so deeply entrenched that most attempts to advance were doomed to failure. Soldiers devoted most of their time to constructing and repairing the trenches, cleaning their weapons, transferring food and supplies, and attempting to mitigate rats, lice and ailments such as cholera and trench foot. By contrast, they spent very little time engaged in combat, a role that was soon largely reserved for elite units. Simply put, soldiers in trench warfare endured many miseries, but almost none stemmed from their defining purpose — fighting.

As a practicing physician, I believe that many contemporary health professionals can relate to this experience. Though trained to focus on direct patient care, many find that they spend a remarkably high proportion of their time on activities that draw them away from patients — activities such as filling out electronic forms, wrangling with coding and billing requirements, and demonstrating compliance with rules and regulations. One study showed that nurses spend less than a third of their time actually caring for patients. This gives rise to a number of professional afflictions — among them depersonalization, inefficacy, and loss of purpose, which take their own toll on “battle readiness.”

During WWI, conditions in the trenches were typically terrible. For example, soldiers remained entrenched in all seasons and weather conditions. In heavy rains, the trenches flooded. In winter, a flooded trench would often freeze. Under the hot sun, by contrast, heatstroke and dehydration became the principal threats. Furniture was scarce, and many soldiers slept on the damp earth. The typical trench diet offered little in the way of wholesome nutrition or relief from the monotony. In the case of British soldiers, it often consisted of tea, biscuits and tinned beef — a regimen that, over prolonged periods of time, resulted in malnutrition.

Something analogous is afoot in contemporary health care. Health care is being transformed in ways that seem to take little heed of the individual health professional. New health information systems not only reallocate precious time from patients to information systems but actually increase the total amount of time health professionals must devote to completing the paperwork associated with each clinical encounter, typically amounting to an hour or two of physician “pajama time” at home each night. Many health professionals feel overfed on information but undernourished when it comes to the human contact that provides genuine fulfillment in patient care.

The monotony of life in WWI’s trenches was punctuated by moments of sheer terror. For example, snipers could fire at any moment, and artillery attacks could produce instantaneous panic. It was during WWI that the condition of “shell shock” was first identified, and it was thought to be the result of sustained exposure to the deafening roar of such bombardments. We now know that witnessing the often unthinkable aftermath of such attacks, such as the dismembered bodies of comrades, played a role as well. With time, the stalemate of trench warfare led to the development of new modes of assault, such as poison gas attacks, against which the trenches offered no defense.

Although most health care professionals’ lives aren’t threatened in the same way as soldiers are, the parallels with contemporary health care are striking. Health professionals have weathered a number of dramatic changes in the environment of health care, including the introduction of new health information systems, changes in the way health care is organized and financed, and waves of consolidation, increasing the size — and bureaucratization — of health care organizations. When viewed from the perspective of health professionals attempting to care for patients one by one, the rapidity and magnitude of such changes can quickly induce a siege mentality, in which they feel they can do little more than hunker down and wait for the next assault, hoping it does not bury them.

Firsthand descriptions of life in the trenches are harrowing. After five months at the site of one of the bloodiest battles in the war, the Somme, one soldier wrote that “everything visible or audible or tangible to the sense . . . is ugly beyond imagination.” Future British Prime Minister Harold Macmillan wrote, “In those miles of country lurk (like moles and rats, it seems) thousands, even hundreds of thousands of men, planning against each other perpetually some new device of death.” Another solider wrote of his surroundings, “The mud there wasn’t liquid, it wasn’t porridge, it was a curious kind of sucking mud . . . a real monster that sucked at you.”

A focus on survival and not relationships

Likewise, life in the trenches of contemporary health care can overload the senses and cast a dark shadow on even the most essential features of daily life. The increasing pace and bureaucratization of the daily work of health professionals mean that interpersonal relationships tend to play a smaller and smaller role. Data and forms displace personal knowledge, and the “no man’s land” between health professionals and patients grows progressively wider. It is not uncommon to hear doctors and nurses talk about how their work is sucking the life out of them, rather than building a sense of purpose and fulfillment.

To turn the tide that is making the work of contemporary health professionals increasingly resemble life in the trenches, we need to learn some important lessons from WWI. First, we need to let history speak, recognizing that in difficult times, considerations of human dignity and compassion should always trump technical needs. Second, unintended and even unforeseeable consequences can inflict great suffering, which needs to be recognized and responded to promptly. Finally, both warfare and health care are ultimately more about human beings than technologies. If we stay focused on good relationships, a great deal of loss and heartache can be averted.