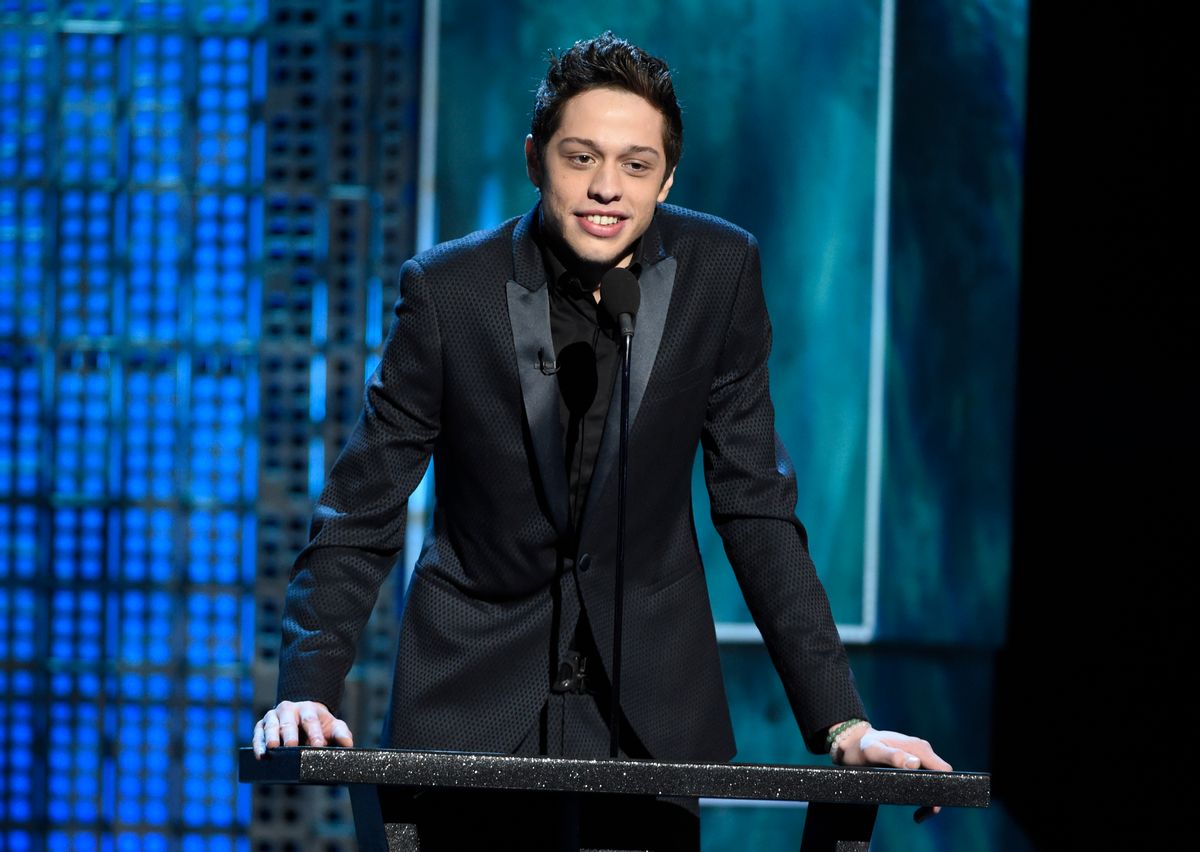 FILE - In this March 14, 2015, file photo, Pete Davidson speaks at a Comedy Central Roast at Sony Pictures Studios in Culver City, Calif. The "Saturday Night Live" cast member said on Instagram Monday, March 6, 2017, that he has quit drugs and is “happy and sober for the first time in 8 years.” (Photo by Chris Pizzello/Invision/AP, File) (AP)
--

One week after "Saturday Night Live" comedian Pete Davidson cracked a controversial joke about Republican Texas Congressman-elect Dan Crenshaw (then still a candidate), the humbled humorist offered a heartfelt apology on air. Much to the audience's surprise, Crenshaw appeared on the show to accept and make a few jokes of his own.

After offering an additional tongue-in-cheek apology to his mother, who he described as also being his "roommate," Davidson returned to his earlier sincere and serious demeanor.

"No, but I mean this from the bottom of my heart," Davidson said. "It was a poor choice of words. The man is a war hero and he deserves all the respect in the world. And if any good came of this, maybe it was that for one day the left and the right finally came together to agree something... that I'm a dick."

At this point, Crenshaw made his surprise appearance, to the audience's audible delight, and said, "You think?" After the two men exchanged jokes and Davidson explained how Crenshaw had lost his eye to an IED during his third combat tour in Afghanistan, Crenshaw availed himself of the opportunity to start poking fun at Davidson. First his phone rang with an Ariana Grande ring tone, a reference to the celebrity couple's recent break up. Then Crenshaw took a number of swipes at Davidson's appearance.

"This is Pete Davidson. He looks like if the meth from 'Breaking Bad' was a person," Crenshaw joked. "He looks like a troll doll with a tapeworm... He looks like Martin Short in 'The Santa Claus 3.' By the way, one of these people was actually good on 'SNL.'"

After he got the good-natured ribbing out of the way, Crenshaw went on to say that "there's a lot of lessons to learn here. Not just that the left and right can still agree on some things, but that also that Americans can forgive one another. We can remember what brings us together as a country and still see the good in each other."

He added, "It's a good time for every American to connect with a veteran. Maybe say, 'Thanks for your service,' but I would actually encourage you to say something else. Tell a veteran, 'Never forget.' When you say 'Never forget' to a veteran, you are implying that as an American, you are in it with them. Not separated by some imaginary barrier between civilians and veterans, but connected together as grateful fellow Americans, who will never forget the sacrifices made by veterans past and present. And never forget those we lost on 9/11, heroes like Pete's father."