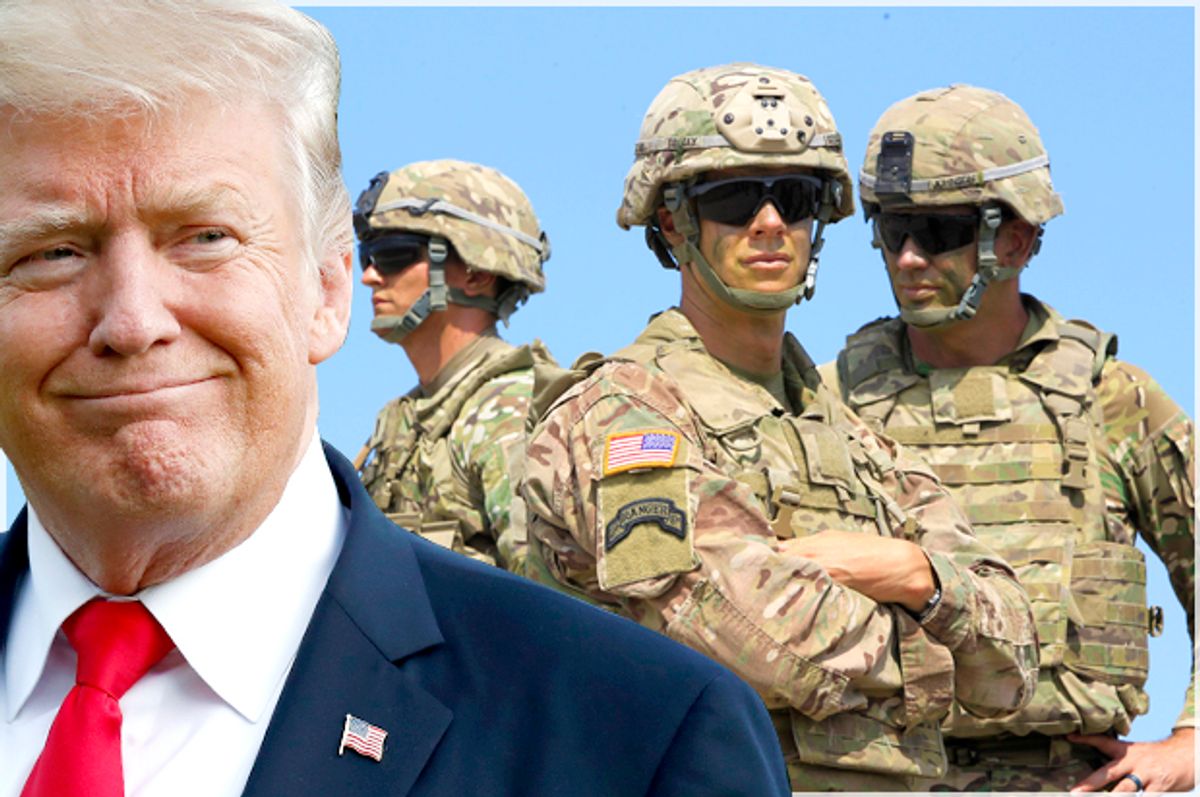 After reports confirmed that the president had skipped a ceremony at the Aisle-Marne American Cemetery on Saturday due to the rain, Monday's travel lid from the White House revealed Trump would also be skipping a Veterans Day ceremony at Arlington National Cemetery.

It is an unofficial tradition for the president to visit the Virginian cemetery on Veteran's Day, but this year, Trump had other worries at hand. Early Monday morning, the White House announced to the press that the president would not make any more public appearances today.

Over the weekend, Trump spent his Sunday in Paris to commemorate the centennial of the end of World War I. While there, Trump skipped out on a visit to an American cemetery, complained about the rain during a speech to veterans and chose a private motorcade through the Champs-Élysées over walking hand-in-hand with other world leaders to the Arc de Triomph.

World leaders are walking shoulder to shoulder along the Champs Elysses but Trump arrived separately and isn’t participating in this. pic.twitter.com/kRQlrVKihV

What followed was a slew of attacks against Democrats and service members on the day of remembrance. Trump tweeted that the Florida races for the governorship and the U.S. House of Representatives should be called in favor of Rick Scott and Ron DeSantis. He cited a large number of new and forged ballots as reasoning for Democrats to concede the race to his Republican colleagues.

Trump's demand would disenfranchise 5,000 of ballots from overseas — most of them likely those of U.S. service members. According to Daniel A. Smith, the chair of political science at Florida University, around 20,000 absentee ballots have been uncounted in the state, with almost half of these belonging to registered Democrats.

Under Florida law,  service members have until Nov. 16 for their absentee ballots to be accepted and counted by election officials.