Wildfires may be inevitable — but increasing home losses, fatalities and costs are not

Shaped by ignitions, climate and fuels, wildfires are likely to become more frequent and severe with climate change 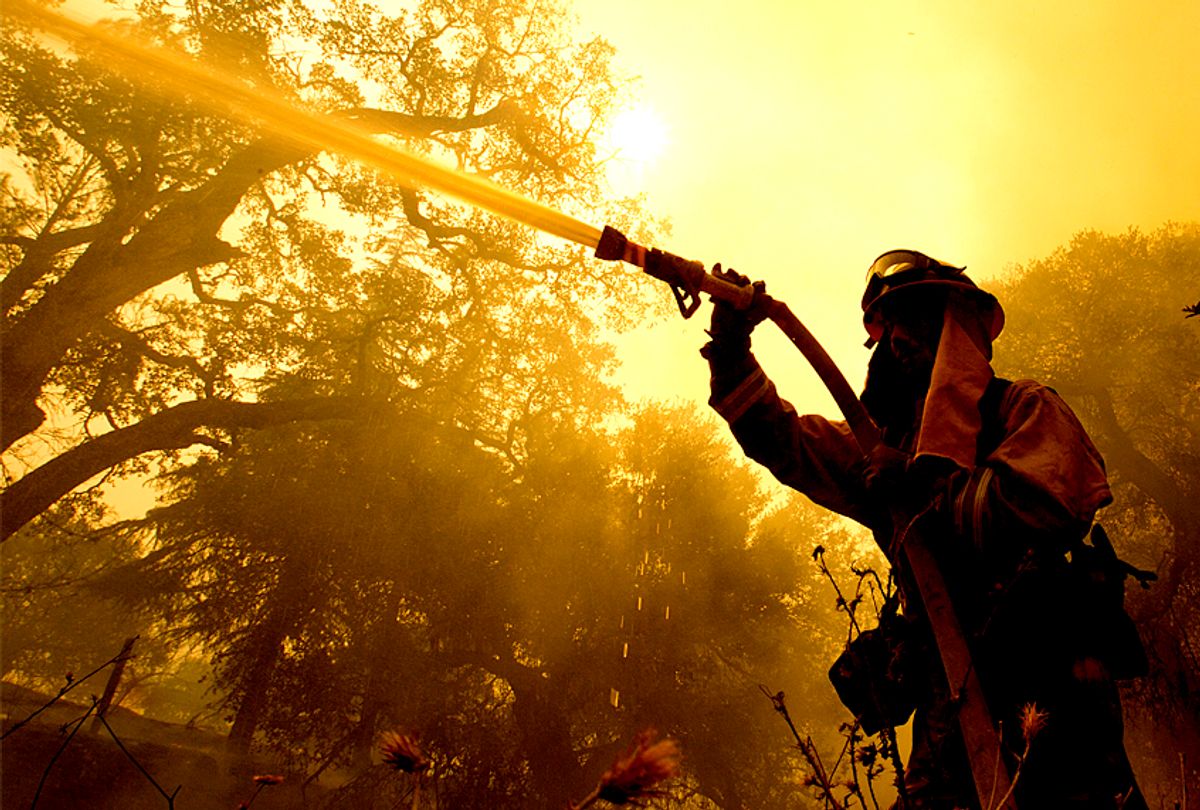 Wildfire has been an integral part of California ecosystems for centuries. Now, however, nearly a third of homes in California are in wildland urban interface areas where houses intermingling with wildlands and fire is a natural phenomenon. Just as Californians must live with earthquake risk, they must live with wildfires.

Shaped by ignitions, climate and fuels, wildfires are likely to become more frequent and severe with climate change. The 2017 experience of the largest and most damaging wildfires in California history, and ongoing destructive fires in 2018, provide a window of opportunity for learning to better coexist with wildfire.

But both governments and people tend to adopt only short-term responses that don’t necessarily reduce risk effectively. For example this summer, Interior Secretary Ryan Zinke, after visiting fires in California, said the solution to wildfire prevention is more active management to remove fuel from forests. In his tweets, President Trump criticized California’s handling of the wildfires, blaming its environmental policies and saying that tree clearing is needed to contain fires.

However, focusing on traditional approaches like fighting fires and fuels management alone can’t solve the wildfire problem. Instead, California must become better prepared for inevitable fires and change how it develops future communities.

For many decades, reducing ignitions was the focus of much public and government attention. Smokey Bear chided, “Only you can prevent forest fires.” Indeed, ignitions play a role in determining when and where fires occur. However, whether ignitions translate into fires that spread to larger areas with substantial risks to human infrastructure depends strongly on weather and fuel conditions at the time.

State-of-the-art climate projections estimate that annual average daily temperatures are expected to increase by 3-5 degrees Celsius in the next few decades, increasing how fast fuels will dry out. In mountainous parts of California, increasing temperatures also cause snow to melt earlier, lengthening the summer fire season. The number of days with extreme temperatures, when fire risks are especially high, is also expected to double by 2050.

Higher temperatures and drought combine to create fuels that are dry and highly flammable. Extreme rainfall events, which contribute to post-fire flooding, erosion and even debris flows, are also expected to increase in frequency and intensity. Taken together, these changes in climate are likely to increase the length of the fire season, fire size and fire severity, and the impacts of fire for much of the state.

Fuel management such as controlled burns, vegetation clearing, forest thinning and fire breaks can sometimes reduce fire severity and limit the size of fires. However, like taking vitamin C and exercising, which cannot completely prevent colds, fuel management cannot eliminate fires. Dry enough fuels and high enough temperatures and winds will spread fires. And fuel management need to be maintained over time, or vegetation regrows and reduces the effectiveness of such actions - often within five to 10 years.

The expense of fuel management can certainly be worthwhile if it uses best-available science to inform active management practices. Fuel management plans must also take advantage of advances in fire science to strategically inform where and how often to perform fuels management on different landscapes. But even well-designed fuel management will not eliminate fires, nor even severe fires and the substantial losses associated with them.

Right after fires is the time to make changes

Many of the largest and most destructive fire have occurred in the last decade. As of July 2018, the Mendocino Complex Fire is the largest fire in recorded California history. In 2017, the Tubbs Fire, the most damaging California fire at that time, burned more than 5,000 structures. In response, the California state legislature is considering at least 57 bills related to wildfire. Our research shows that this is typical; governments often respond to wildfire quickly and decisively.

But people and governments don’t always respond in ways that reduce the risk most effectively. For example, our research shows that they place fuels management projects close to places that have had recent wildfires. These are often places at reduced risk of wildfire relative to places that haven’t just had a wildfire.

And our research shows that responses to wildfire and other natural hazards tend to reduce risks in the short rather than long term. Moreover, most responses to fire are focused on suppression and fuels management, rather than also emphasizing other policy responses.

Strategies for living with wildfire

Addressing the wildfire problem will require policy solutions that reflect a shift in perspective from fighting to coexisting with wildfire. Here are some specific ways to achieve that goal:

California has a great deal to learn from other inevitable natural hazards. Following the roadmap for earthquakes, from seismic planning to earthquake retrofitting to education campaigns, the state can move the response to wildfire from reactive fighting to comprehensive preparedness. Increasing wildfires – in number, size and severity – may be inevitable. However, increasing home losses, fatalities and costs are not.