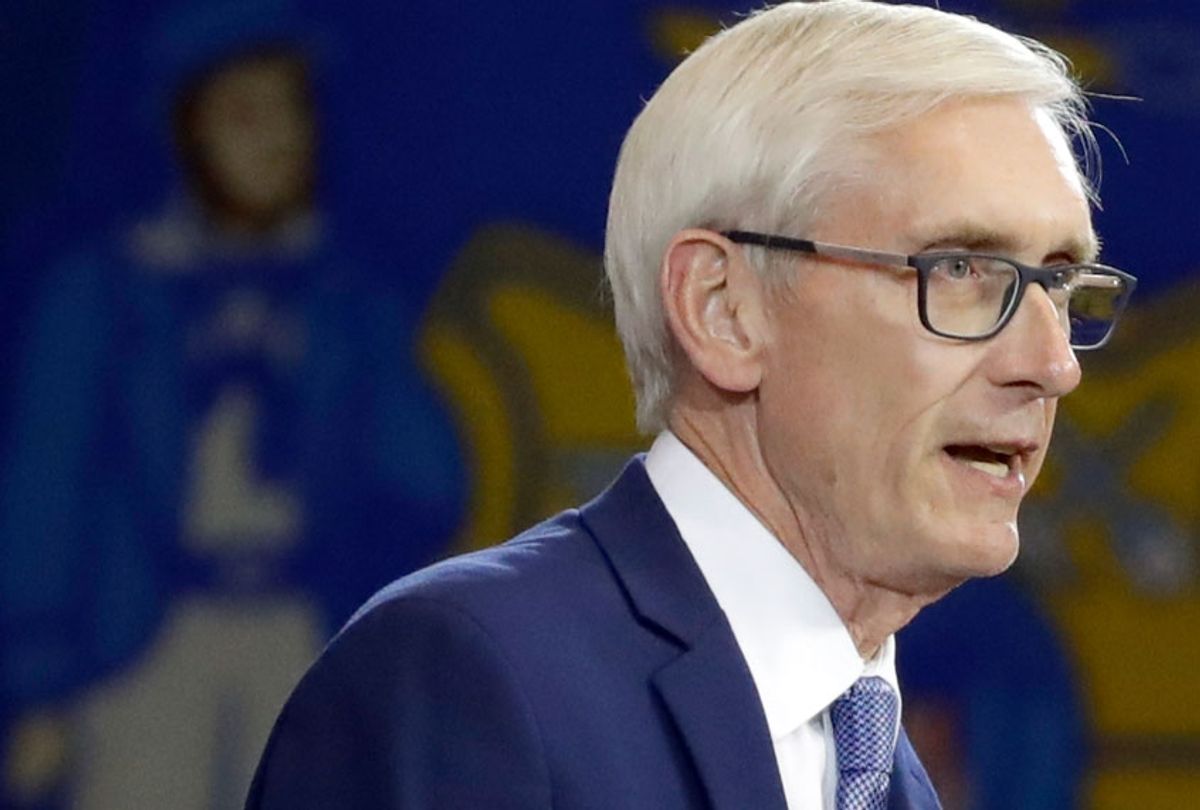 Senate Majority Leader Scott Fitzgerald said Thursday that Republicans in the state legislature plan to strip Evers of some of the authority those same lawmakers gave Walker when he took office in 2011, the Milwaukee Journal-Sentinel reports.

Fitzgerald said that Republicans want to give Evers less authority in state rules that implement state laws. Republicans are worried that Evers could use the power they gave Walker eight years ago to weaken laws passed by the legislature, like the state's voter ID law. Republican Assembly Speaker Robin Vos also called for limiting the governor's powers.

Evers, who beat Walker by about 30,000 votes, called on Republicans in the legislature to “stop any and all attempts to play politics and weaken the powers of the governor’s office,” saying such a move would be a “complete violation of the separation of powers in our system.”

Walker has not said whether he would sign any bills stripping the governor's authority before he leaves office in January. The legislature will enter a lame-duck session that Walker requested before losing his re-election race. The session was intended to try and pass a tax break for the paper products company Kimberly-Clark Corp., TalkingPointsMemo reported, but the session has taken a turn toward limiting executive power instead.

Along with trying to gut Evers' authority over state laws, Republicans plan to make it more difficult to confirm heads of state agencies and want to reduce the number of appointments a governor can make.

Jim Doyle, who was Wisconsin's governor for eight years before Walker took office, told AP he hopes Walker will protect the position instead of his own party.

“There’s some obligation on a governor in that situation to not just be a partisan player anymore and be a protector of the office, and I hope the governor does that,” Doyle said. “I think that’s how many governors would see it. You’re no longer just a party operative, you’re somebody who has to look at the bigger picture.”

Republican state Sen. Luther Olsen, who heads the Education Committee and worked closely with Evers in his position as state schools superintendent, said he was open to removing the governor's authority but admitted it would make for bad “optics.”

“I didn’t like us doing it to begin with,” he said. “I think we were blindly doing what Walker wanted. … When one part of government cedes power to the other, it’s never a smart move. The problem is it just looks like you’re trying to tie the hands of the new governor. The optics problem looks bad.”

Republicans have an 18-15 majority in the state Senate, which will increase to 19-14 in January.

The Republican plan to kneecap Evers before he takes office mirrors a similar move by Republicans in North Carolina after Democrat Roy Cooper edged out incumbent Republican Gov. Pat McCrory in the 2016 election.

After McCrory's defeat, following the controversy over the anti-LGBTQ “bathroom bill” he signed into law, Republicans passed legislation to limit the number of appointments the governor could make and required the legislature to approve of all his cabinet choices. McCrory signed the bills during a lame-duck session before Cooper took office.

North Carolina Republicans also tried to change the state Constitution to limit the governor's powers but voters rejected their amendments at the ballot box last Tuesday.