Democrats line up to run against Donald Trump 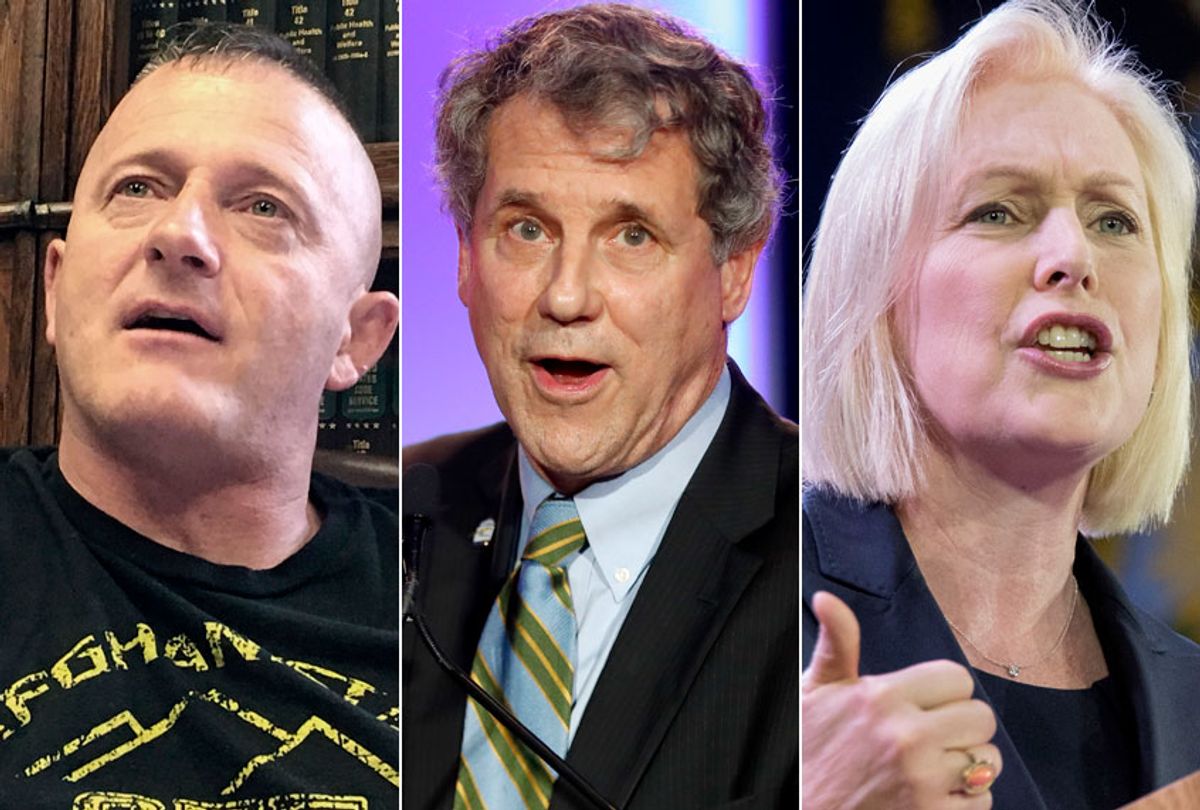 One week after Democrats' historic  2018 midterm elections success, Democrats are already starting to jockey for position to run against President Donald Trump in the 2020 election.

Perhaps the most unorthodox of the bunch is Richard Ojeda, a state senator from West Virginia who recently lost a congressional bid to represent his state's 3rd district. While a defeated congressional candidate may not seem like the most viable presidential prospect, Ojeda outperformed Hillary Clinton's showing in that district by a whopping 35 points, a staggering achievement for a Democrat running in a deep red state like West Virginia.

One advantage he may have is his ability to reach out to the supporters of progressive populists like Sen. Bernie Sanders of Vermont, who Ojeda initially supported in the 2016 Democratic presidential primaries before switching to Trump due to his self-proclaimed disgust with what he perceived as Hillary Clinton's elitism.

Sen. Sherrod Brown, an Ohio Democrat who has also a reputation as a staunch progressive, told cleveland.com on Monday that he is going to consider making a presidential run after discussing it with other members of his family.

"This will very much be a family decision. It would affect a decade of our lives. It is a very personal, serious decision," Brown told cleveland.com.

He later added, "My message clearly appeals to Democrats, Republicans and independents. We showed you can get votes by being authentic and standing up for workers. People in Washington don't understand the dignity of work."

Meanwhile, Sen. Kirsten Gillibrand, a New York Democrat, appeared on "The Late Show with Stephen Colbert" to discuss her own possible presidential campaign only days after winning her own re-election.

"I’ve seen the hatred and the division that President Trump has put out into our country, and it has called me to fight as hard as I possibly can to restore the moral compass of this country," Gillibrand told Colbert, according to The New York Times. Gillibrand also answered a veiled question about whether she plans on running for president in 2020 by saying that she believes "right now that every one of us should figure out how we can do whatever we can with our time, with our talents to restore that moral decency, that moral compass and that truth of who we are as Americans. So I will promise you I will give it a long, hard thought of consideration."