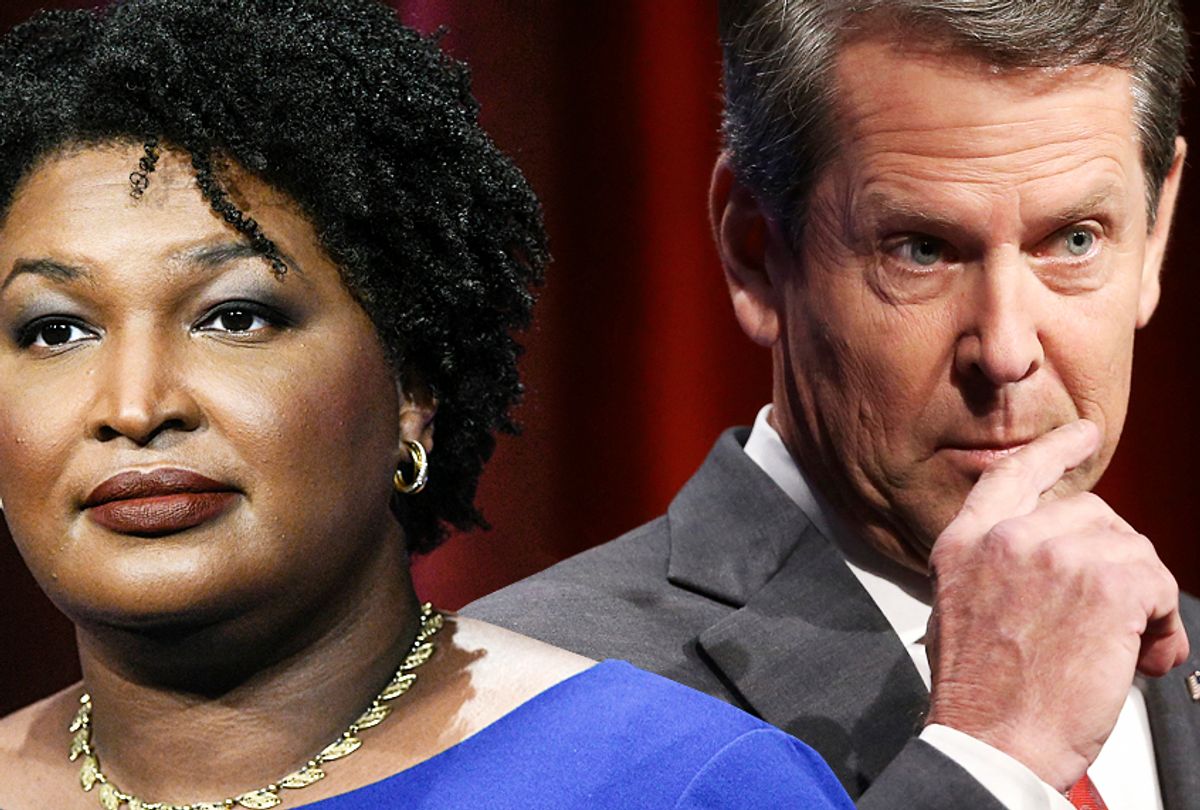 Stacey Abrams, the Democratic candidate for governor of Georgia, just scored an important legal victory as she attempts to stave off attempts by her Republican opponent, Georgia Secretary of State Brian Kemp, to declare himself the winner of the gubernatorial election.

Judge Amy Totenberg of Federal District Court in Atlanta ordered a delay in certifying Georgia's election results due to her concerns about the state's voter registration system and the handling of provisional ballots late Monday night.

The new secretary of state (Kemp finally stepped down last week) had planned on certifying the outcome of the election as soon as Wednesday, and Kemp claimed he was preparing to transition into his new office. Yet with only 58,000 votes separating Kemp from Abrams, critics noted that a gain of only 21,000 votes by Abrams would cause a runoff election, while only 19,000 votes would trigger a mandatory recount. Georgia officials, on the other hand, insisted that it would be mathematically impossible for Abrams to gain the number of votes she would need for either outcome (state Democrats have questioned the data used to justify that assertion).

In her ruling, Totenberg expressed concerns about the integrity of the election process in Georgia, as The New York Times reported:

Judge Totenberg, who had already raised concerns about Georgia’s system of elections this year, wrote that the state’s announced timetable for a swift certification “appears to suggest the secretary’s foregoing of its responsibility to confirm the accuracy of the results prior to final certification, including the assessment of whether serious provisional balloting count issues have been consistently and properly handled.”

Totenberg also wrote, "Repeated inaccuracies were identified in the voter registration system that caused qualified voters likely to lose their vote or to be channeled at best into the provisional voting process because their registration records did not appear or had been purged from the data system." Totenberg also pointed to "evidence that certain counties and precincts stintingly provided provisional ballots to voters despite the volume of individuals facing registration issues at the polls."

Greg Palast, a journalist who has closely followed Georgia's election-related controversies, shed light on the subject during an Election Day interview with Salon.

Palast also described some of the chicanery that preceded the election and contributed to the provisional ballot crisis.

"We have already been told that has Brian Kemp has laid down the law to all the counties, 'You are not to count provisional ballots of anyone who has been purged, even if they have been purged wrongly,'" Palast told Salon. "Now we have, as we know, 340,134 people purged for moving who didn't move. We don't know how many will vote, but if they show up, they have been given no notice, and when they show up a lot of them will be shocked to find that they have been removed from the voter rolls."