Ricki Lake opens up about the husband she couldn't save 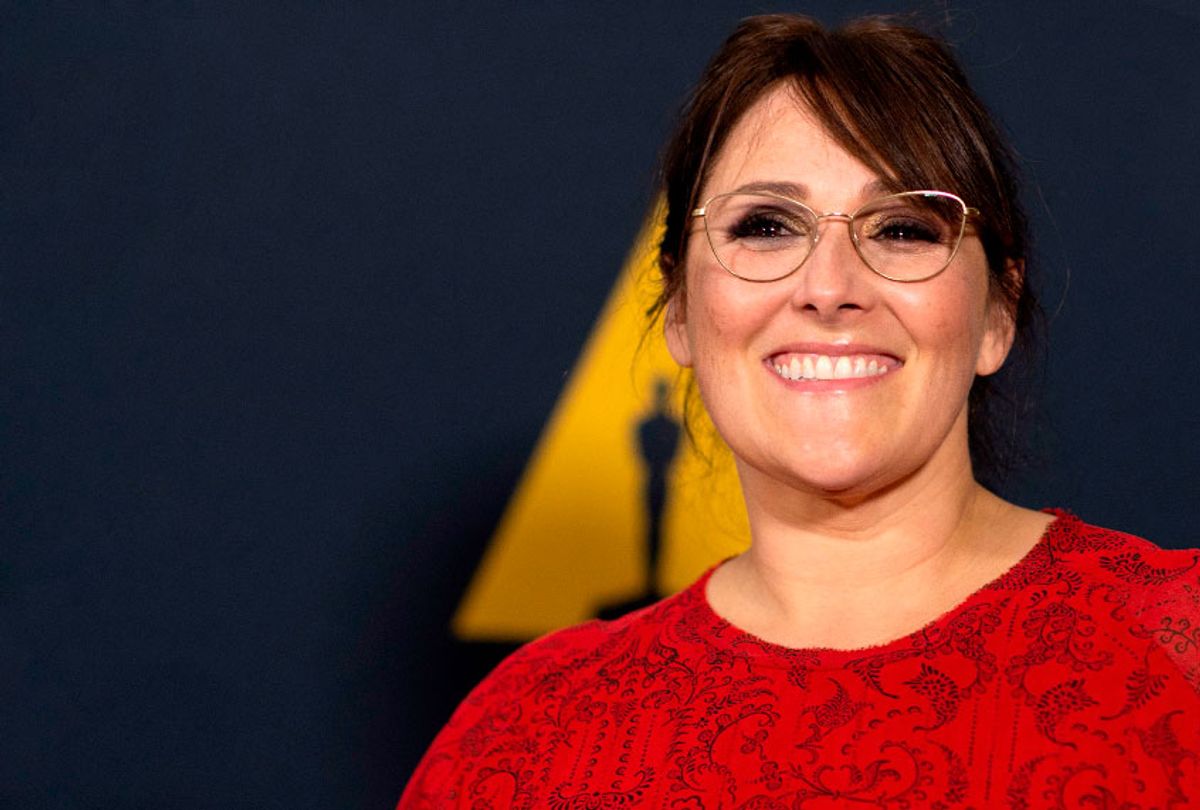 When actress/talk-show host/producer Ricki Lake started making the rounds recently doing interviews for her latest film, “Weed the People” — a documentary about treating childhood cancer with cannabis — I was eager to speak with her for my “Poptarts” podcast. Sure, I wanted to help her promote an important film that bolsters the argument for marijuana legalization. But I also wanted to talk with her about another issue close to both of our hearts — destigmatizing the mental illness known as bipolar disorder.

Lake’s marriage to jewelry designer Christian Evans in 2012 only lasted three years because of Evans’ manic episodes stemming from bipolar. But even after their divorce in 2015, the couple remained together until his suicide in February 2017. It would be totally understandable if Lake chose to grieve this unimaginable loss in private. But instead, she chose to speak out to People magazine and others about her relationship, about the joy and fulfillment Evans brought to her life, and about how important it is to shed light on this misunderstood disease so more people can get help before it’s too late.

As a woman who has been in a wonderful but not always easy relationship with a bipolar man for 14 years, I was truly inspired by Lake’s willingness to turn this tragedy into an opportunity to share resources and information. So I took a moment during our interview to thank her for her candor and ask her about her healing process.

“I have a bipolar life partner, so I just, first of all, want to give you my condolences on the loss of your husband,” I told her. “There are many ways someone in the public eye can respond when something like that happens in their lives. And the fact that you, in the midst of your mourning, came forward and said, ‘My partner had bipolar disorder. This is what it is, and let’s clear the shame away from it, there’s help out there, and there’s lots of different kinds of help.’ The fact that you took such a personal, devastating event in your life and were able to use your platform to shed light on it for so many people, I just found that astonishing, and so moving."

"You know, I wouldn’t trade my partner for anything, through the ups and the downs," I continued. "But people in my life have said to me, ‘Who would sign up for that? When you got together with that person, you knew he was bipolar. Why would you stay with someone when you knew they had this disease?’ My guy is a gift to me and I’m thankful for him every day. So I think that the fact that you were able to bring some dimensionality to a condition that’s really so stigmatized and so hidden is amazing. I’m sure you helped so many people. I’m sorry to bring up something that’s so tender, but I respect what you did so much.”

“Thank you,” Lake replied, wiping away tears. “As far as being open about what I went through, loving him and losing him, I don’t know any other way to be. I’ve always been an open book, since the beginning of my career. I don’t know how to be guarded. It’s gotten me in trouble in some ways. But it’s part of my truth, you know? It’s my story, and I want to help others. I want other people to understand what it’s like . . . for someone to be suffering with these mental illnesses and also for the loved ones who suffer alongside them.”

“You know, I didn’t understand what bipolar was,” she continued. “We met, got together, fell in love. He told me he’d been diagnosed bipolar and I was like, ‘Oh yeah, and I’m a control freak, we all have our shit.’ You know? I didn’t know what a manic episode looked like, I didn’t see it coming, and I couldn’t have stopped it. And that’s the frustrating thing, because I do think it’s important that we get rid of the stigma."

Lake is involved with a group called Bring Change To Mind, an organization that fights stigmas around mental illness. It was started by Glenn Close, whose sister is bipolar with psychotic features and who was close to Robin Williams. And, she says, just having resources isn't enough.

"For me, it was so frustrating because I did have all the resources, I did have all the money to get him help, and we did do everything for him and it just . . . I couldn’t save him and I just have to live with that. But I know I did everything I could," she said. "And in the end, when he did take his life, we had closure. We never stopped loving each other. That’s confusing for people who didn’t know us. We weren’t legally married at the end because after his first manic episode, he was so destructive and spending all this money and giving it all away to charity so I had to sort of [legally] protect myself. But we stayed together as a couple for two more years, so we were together in the end even though we weren’t married. All in all, I think I’m supposed to be a vessel and help others through my story. I think he would want that.”

“Are you planning anything for the future in terms of filmmaking in that area?” I asked.

“I don’t know,” Lake replied. “I’ve thought about doing a documentary. I’ve thought about writing a feature about him because his story is so fascinating. I mean, I know it’s my life, too, but with Christian’s bipolar, as with many of these mental illnesses, the genius and madness went hand-in-hand. You know, he was both. And bipolar people are the most charismatic, the most special. In certain cultures, when they see someone who’s mentally ill, they celebrate them, because they’re the gifted ones, they’re the truly special ones. I’ve learned so much through this process and truly, of all the things that have happened to me — my career, my family, my children — all the amazing things, I think he’s the greatest thing that happened to me in my life. He opened me up, he exposed me to so much. I mean, I’ve really evolved into a much better me having had him, loved him, and lost him.”`

Listen to the rest of this interview, in which Ricki Lake opens up about "Hairspray," giving birth on screen, and being a female filmmaker in the age of Trump: